Obinna Chima in Lagos and James Emejo in Abuja
The import substitution policies being driven by the Central Bank of Nigeria (CBN) and the federal government appear to be yielding results, as a country assessment report on Nigeria by the International Monetary Fund (IMF) has indicated that a sharp decline in imports contributed to a modest recovery in Nigeria’s external current account balance in the first half of 2016.

Also, the foreign trade report released yesterday by the National Bureau of Statistics (NBS) showed that the country’s total value of merchandise trade rose to N4.72 trillion in the third quarter (Q3) of 2016, representing an increase of 16.3 per cent, or N661.5 billion, compared to N4.06 trillion recorded in the preceding quarter of the year.

According to the NBS, the country’s balance of trade still remained negative despite the improvement, as the rise in exports in the quarter only helped to reduce the existing deficit trade balance from N484.23 billion in the preceding quarter to -N104.14 billion in the third quarter.

The IMF report, which detailed an assessment of Nigeria’s macroeconomic situation, was prepared for the African Development Bank (AfDB) by the Fund, as part of the conditions for the country to access the $1 billion budget support loan from AfDB.

The document, dated September 30, 2016, was made available to THISDAY by a presidency source yesterday.
The AfDB in November released the first tranche of the loan amounting to $600 million.
It was also gathered that the country is aggressively working towards securing an additional $2.5 billion budget support loan from the World Bank, just as it finalises plans for its $1 billion Eurobond issue for the first quarter of next year.

However, THISDAY gathered that part of the conditions for the World Bank loan is for the CBN to freely float the naira exchange rate, which the Nigerian regulator has strongly resisted.
The CBN ditched its 16-month-old peg on the naira in June this year and introduced a flexible exchange rate regime to allow the currency to trade freely on the interbank market.

But perennial dollar shortages in the economy appear to have frustrated the objective of the central bank, as the gap between the interbank FX market and the parallel market has continued to widen. This has made the central bank to maintain its managed float system.

“There is no central bank in the world that allows a free-float of its currency. That would encourage an attack on the currency by speculators. What you do is try to find the price level and find the rate at which you can live with,” a bank chief executive officer in support of the CBN policy told THISDAY.
The chief executive, who pleaded to remain anonymous, pointed out that freely leaving the naira exchange rate to market forces would have dire consequences on the economy.

This he listed to include a spike in the price of goods and services including energy prices, and worsening unemployment, adding that the naira would also record significant depreciation.

The six-page assessment report from the IMF on Nigeria noted that while liquidity and capital adequacy ratios for the financial industry as a whole remained above prudential levels in the first half of 2016, asset quality had deteriorated, with some banks reporting non-performing loan (NPLs) ratios above 20 per cent (the NPLs for the banking sector was 11.7 per cent as of 2016 Q2).

It stated that a prolonged economic slowdown and additional exchange rate depreciation could further increase the already high NPLs.

“Renewed disruptions to, or inadequate recovery of oil production could further increase fiscal financing needs. With external financing likely to fall short of budget, the domestic financing requirements needed if the budget is to be fully implemented are very large, crowding out private sector credit and investment.

“An additional financing constraint facing the FG is the likely need for further assistance to state governments that are facing deteriorating finances and the re-emergence of domestic payment arrears,” it added.
The report acknowledged that the Nigerian authorities have introduced some key measures, but stressed that much stronger measures were needed to address the severe imbalances.

The Fund said: “In May this year, the regulated fuel prices were raised by 68 per cent, bringing them in line with the cost of importation. While the 2016 budget assumed no subsidies, it was estimated that the continuation of the previous regime would have cost 0.3 per cent of GDP.

“However, the regulated price system has remained in place, which poses a risk that further increases in the landing cost of fuel or additional depreciation of the exchange rate could result in renewed shortages if the price is not adjusted.”

The IMF said there was urgent need to implement an appropriate and coherent set of policies to rebuild confidence in the near term and foster economic recovery over the medium term.
These included articulating a plan to place fiscal policy on a sustainable footing, ensuring the monetary policy stance is kept sufficiently tight, and pressing ahead with structural reforms to improve competitiveness and facilitate economic diversification, it said.

“Specifically, it will be important to: Pursue strong macroeconomic policies to provide the fiscal space to enable priority capital expenditure to be executed. For the remainder of 2016, implement high-impact and priority capital expenditure, subject to available financing. Significant under-execution of the capital budget will limit the anticipated impact on growth,” it stated.

In addition, it urged the federal government to implement measures to support fiscal and debt sustainability.
This, it stated, would include: containing the fiscal deficit across all tiers of government; boosting the ratio of non-oil revenue to non-oil GDP, through a combination of improvements in revenue administration, broadening the tax base (including through curtailing of waivers and exemptions), and adjusting tax rates; rationalising recurrent expenditure, and implementing an independent price-setting mechanism to minimise/eliminate petroleum subsidies; adopting safety nets for the most vulnerable; and fostering transparency and enhanced accountability and an orderly adjustment of sub-national budgets, by encouraging reform of budget preparation and execution and strengthening public financial management.

Other measures recommended in the report included improving the monetary and FX policy frameworks.
“A more forward-looking monetary policy strategy, with the overriding objective of price stability, would help better anchor expectations and policy credibility.

“As emphasised in the 2016 Article IV staff report, staff do not support the policies that have given rise to exchange restrictions and multiple currency practices, as they distort the allocation of FX and inhibit the adjustment of the exchange rate to underlying fundamentals.

“Enhance vigilance of the financial sector. The authorities are taking measures to strengthen financial intermediation, but with declining asset quality in a low growth environment, intensifying monitoring of banks and further enhancing contingency planning and resolution frameworks become even more important.
“Reduce impediments to growth, including by investing in infrastructure and improving the business environment, thereby facilitating higher private investment and national savings. Strong macro policies that underpin macro stability could provide the fiscal space or conditions to allow borrowing for implementing priority capital expenditure.

“Nigeria remains on the standard 12-month Article IV Consultation cycle. Staff continue to actively engage with the authorities, including through the provision of technical assistance,” it said.

According to the foreign trade data for Q3 2016, which was released yesterday by the NBS, the country’s balance of trade still remained negative despite the improvement as the rise in exports in the quarter only helped to reduce the existing deficit trade balance from N484.23 billion recorded in the second quarter to -N104.14 billion.
In the period under review, crude oil export value stood at N1.94 trillion, indicating an increase of N458.4 billion or 30.9 per cent, compared to Q2 estimates.

Year-on-year, exports decreased by N24.4 billion or 1.0 per cent against the export value recorded in the corresponding quarter of 2015, while imports value was 6.2 per cent more than the N2.27 trillion recorded in the preceding quarter, and was an increase of N724.8 billion or 42.9 per cent compared to Q3 2015.
According to the bureau, the structure of the country’s export trade was still dominated by crude oil exports, which accounted for N1.94 trillion or 84.2 per cent of the total domestic export trade.

The highest export product for the country in 2016 was mineral products, accounting for N2.24 trillion, or 97.3 per cent, while other products comprising prepared foodstuff, beverages, spirits, vinegar and tobacco contributed N24.3 billion or 1.1 per cent to total exports.

On the other hand, imports were dominated by mineral fuel, lubricants etc.; machinery and transport equipment; and chemicals and related products, which accounted for 30.3 per cent, 25.1 per cent and 14.4 per cent, respectively, in Q3 2016. The value of mineral imports was put at N746.2 billion in the quarter.
India remained Nigeria’s major trading partner in the quarter under review, accounting for 25.4 per cent of total exports, while the United States and France respectively accounted for 17.9 per cent and 10.7 per cent of total exports.

China was the country’s largest import destination, representing 27.2 per cent of total imports for the period. 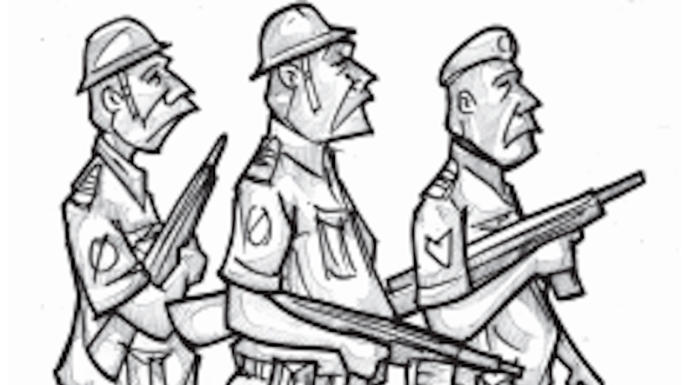