The Peoples Democratic Party (PDP) has rejected the result of Saturday’s gubernatorial election in Ondo State, in which the candidate of the All Progressives Congress (APC), Chief Rotimi Akeredolu (SAN), was declared the winner by the Independent National Electoral Commission (INEC).

The national leadership of the party led by Senator Ahmed Makarfi said monday that it has instructed its candidate and the Ondo State chapter of the PDP to proceed to the Election Petitions Tribunal to challenge the outcome of the election.

In the Ondo governorship election, Akeredolu, the candidate of the APC, garnered 244,842 votes, the PDP candidate, Eyitayo Jegede (SAN), polled 150,380 votes, while the Alliance for Democracy (AD) candidate, Olusole Oke, got 126,889 votes.

The position of the Makarfi-led PDP caretaker committee was made known just as the group loyal to Senator Ali Modu Sheriff faction of the party blamed PDP’s losses in the Edo and Ondo governorship elections on impunity and non-adherence to internal democracy by the governors of the PDP.

In a statement issued by the spokesman of the PDP, Mr. Dayo Adeyeye, the party called for the cancellation of the poll, accusing INEC of colluding with the APC to rig the election.

“In view of the fact that the election was blatantly manipulated from the beginning to the end to favour the APC, we vehemently reject the results of the November 26, 2016 gubernatorial election in Ondo State. The election and all actions leading to it fall short of laid down principles guiding the conduct of elections in Nigeria.

“We have instructed our candidate and the Ondo State chapter of our party to proceed to the tribunal to challenge the outcome of the election. We call on the judiciary to redeem Nigeria’s image in this matter as we request for the total cancellation of the election in Ondo State,” the main opposition party said.

While buttressing its position on the outcome of the gubernatorial election in Ondo State, Adeyeye described the result declared by Professor Abdul-Ganiyu Ambali, INEC’s Chief Returning Officer in the election, as a charade and not the true reflection of the will of the people in the state.

PDP said INEC has graduated from inconclusive elections as seen in Kogi, Bayelsa, Osun, FCT, Imo, Nassarawa and other by-elections in the country to “advanced election rigging” as was the case with Edo and Ondo States.

“It is common knowledge that the APC agents openly bought votes of the electorate in the full glare of security operatives who did nothing to prevent such dastardly violation of the Electoral Law.

“It is not surprising that the electorate in Ondo State became so vulnerable to the corruptive influence of the APC because of the harsh economic situation in the country inflicted on Nigerians by the APC administration which has indeed made all Nigerians virtually beggars in their own country,” it said.

The party also blamed the setback it suffered on the role of Justice Okon Abang of the Federal High Court, Abuja, and the charlatans in PDP whom it accused of allowing themselves to be used by the APC to destroy its chances in the Ondo poll.

“The actions of INEC, in collaboration with the APC-led administration, left us no time to campaign and sell our candidate and party manifesto to the electorate in Ondo State.

“Our persistent calls for the postponement of the election which was backed and supported by more than 20 other political parties were all rejected by INEC which was acting the script of the APC.

“It was a carefully planned and well orchestrated strategy to rig the election well in advance by preventing the PDP from planning and campaigning for the election. The APC has hereby introduced a new formula of rigging elections in Nigeria.

“Finally, we congratulate our candidate, Hon. Eyitayo Jegede (SAN), and our party in the state for the gallant performance at the poll, despite the severe injuries inflicted on us before, during and after the election,” it said.

However, Sheriff’s deputy and the former National Vice-Chairman (South-south) of the PDP, Dr. Cairo Ojoughoh, addressed a press conference yesterday in Abuja, during which the faction blamed the losses suffered by the PDP in the Edo and Ondo governorship polls on the impunity and the continued existence of the caretaker committee led by Senator Makarfi.

Ojougboh, who briefed journalists on the decisions reached at the meeting held to review the outcome of the Ondo poll by their National Working Committee (NWC), said the faction had identified impunity and lack of respect for the PDP constitution and the rule of law as the major problems that led to PDP’s failure in the Edo and Ondo elections.

On the loss of the Ondo election, Ojougboh said the outgoing governor of the state, Dr. Olusegun Mimiko, was to blame for foisting his preferred candidate and kinsman, Jegede, on the party rather than Jimoh Ibrahim who hails from another zone.

Ojougboh said the group was very sure that if the party failed to retrace its steps by disbanding the national caretaker committee in order to reunite its members, it was bound to suffer a similar fate in the next governorship election in Ekiti State.

While blaming the plight of the PDP on three unnamed governors, Ojougboh read a text he jointly signed with the former national secretary, Prof. Wale Oladipo, exonerating the governors of Taraba, Gombe, Bayelsa and Cross Rivers “for being very cooperative and willing to let the party grow”.

“The impact of the impunity in the PDP manifested itself in the actual sense for the first time in 2011 general election when the then ACN defeated the PDP in Nasarawa State.

“We had a sitting governor then who could not deliver. This was the first warning against impunity. It was ignored.

“In Edo State, we told all who cared to listen that the party hierarchy was defective and that the leadership needed to be changed to allow the 60 stalwarts of the PDP who defected to APC to return to the fold, off course the governors refused.

“There was no surprise to the result. In Ondo State, the script was written in 2013 when Governor Mimiko returned to PDP. All members he met on the ground left the party for him and he took over the PDP. The structure was handed over to the Labour Party.

“If Oke had not gone to AD and Mimiko managed the leadership sportsmanly, PDP would have won the election convincingly,” he said.

On the way forward for the party, Ojougboh who defended Sheriff stoutly, drew the attention of party members to the statement by one of the founding fathers of the PDP, former Vice-President Alex Ekwueme that until the people who champion impunity leave the PDP he would not have anything to do with the party.

Ojougboh also debunked claims that Sheriff was a Boko Haram sponsor, blaming his enemies for such allegation. Instead, he alleged that the dreaded group had been receiving encouragement in their murderous activities under the present Borno State Government.

Meanwhile, the factional leaders of the party may have accepted the judiciary as the final arbiter to determine the leadership tussle in the PDP.

In the aftermath of the judicial pronouncements in the run-up to the just concluded governorship election in Ondo State, the mainstream PDP national caretaker committee headed by Makarfi and the Sheriff faction yesterday indicated their readiness to pursue the cases in the courts to their logical conclusion and to accept the verdict whichever way it goes.

The Appeal Court had ruled that the candidate produced by the Makarfi-led PDP was the authentic standard-bearer of the party in the Ondo election, while dismissing an earlier ruling by the lower court headed by Justice Abang, which favoured Ibrahim, the candidate of the Sheriff-led group.

But it was the Sheriff group which first fired the warning shot against the Makarfi caretaker leadership, asking it to disband or be prepared to face more embarrassing losses in the months ahead.

Ojougboh, who stated the resolve of the aggrieved group, while answering questions from THISDAY yesterday in Abuja, said that whatever the outcome of the matters currently in the courts, the Sheriff-led group would be ready to accept it without any qualms.

“Let me restate again that of all the issues that are before the courts even up to the Supreme court, Ali Modu Sheriff will be retained as the chairman of the party and when the time comes the necessary pronouncement will be made,” he said.

“We have always maintained that the caretaker committee is an aberration and that it is an unnecessary distraction and the earlier they have the fear of God and retrace their steps, it will be better for the party,” he added.

However, the spokesman for the Makarfi-led leadership urged PDP stakeholders to continue to have an unshaken faith in the ability of the appellate courts to do justice to the various appeals pending before it at the appropriate time.

A statement signed by Adeyeye said PDP believes that at the appropriate time the court would “put an end to the antics of these enemies of progress masquerading as members of our party”. 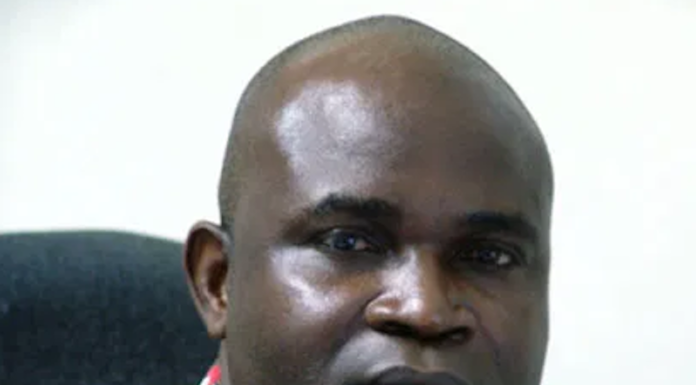