It’s not easy to leave your comfort zone on a quest to fulfill a dream, particularly one that is not guaranteed to come true. TV personality and producer, Toyosi Phillips, did just that. She speaks with Tosin Clegg about her career, education and  life

I was born and raised in Lagos

I  was born and raised in Lagos. My primary education was at Corona, Victoria Island. My secondary education was at Queens College, Yaba Lagos. First and Master’s degree were from Bowen University and University of Nottingham respectively and then I got a diploma in Broadcast Journalism and Producing from New York Film Academy.

Growing up was fun

If I’d known being an adult was such hard work, I’d have begged to stay a child for longer but I have amazing memories of growing up; going to my paternal grandpa’s house every day after school and playing with my cousins and then going to my maternal grandma’s house, attending church with her and singing and praying in Yoruba. Growing up was fun! I love the diversity I had.

I think it was inevitable for me. If I didn’t get into the media, I would have died without living the life God has intended for me. I’m grateful for every experience I had before going into media but this is it for me.

My major challenge was quitting my 9 – 5 job. Then moving to a city where I only knew one person. But because I didn’t go alone- I moved round with an army even though you can’t see them and later things fell into place. So every experience, every event from that moment till now is a success story.

Being Production Manager on Gidi

One minute I’m asking for advice on setting up a production company and getting work done, the next minute I’m being offered the job and being thrown straight into the deep having less nights and days. I wanted to pull my hair out but that’s production- the unglamorous side that the viewers don’t see.

I don’t think I want to call it the philanthropist side, it still falls under me just living with purpose. I lost my dad to complications due to sickle cell anemia and I’ve tried to help as many people living with sickle cell anemia through the Taiwo Olawale Phillips Endowment Fund. To be honest, I’ve not done a proper launch because I’m still trying to decide what exactly I’m doing with it. Right now, I just know that more awareness needs to be created because there’s no reason why in 2016, people don’t know their genotypes and people are still giving birth to children with sickle cell anemia. It’s a 100% avoidable condition if only people knew their genotypes and not get married if their genotypes are not compatible. Do not bring a child to this world to suffer!! Know your genotype!! Prevent the pain!!!

Expectations for my career

I heard someone say, “I expect to blow” when she was asked that question. It’s such an easy answer but no, I expect to give every opportunity that comes my way my best so that there are no regrets and there’s none. I wish I had taken that more seriously. I’ll be giving my all to every task I create or I am giving and I’ll leave the rest to the laws of sowing and reaping.

Other media brands and career path

I have my vlog, “As Toyo Sees” where I talk about different social, entertainment and personal issues. You can watch that on YouTube.

I also write occasionally and have my articles published on my personal blog on toyosiphillips.com and also on bellanaija.com. I’ve written for Genevieve Magazine and Glam Africa as well.

I talked about setting up a production company earlier, so yes I’m more focused on producing content for TV but I’m open to the idea of doing other things even if it’s for a short period.

I might take up a weekend-only radio gig just to have some solid radio experience because you never know, I may decide to set up a radio station in future. I might also spend time/work in a publishing house just to get the magazine/newspaper publishing experience. The truth is I believe in trying everything you’re interested in at least once. I mean, why not?

The script for my first movie is already being written and I’ll talk about that more at the right time.

I have many role models

You see I’m a gleaner. So I glean from all sorts of people and all sorts of places. Oprah of course is a role model and so are Shonda Rhimes, Ava Duvernay, Betty Irabor, Bose Oshin, Mildred Okwo, Uche Pedro, Genevieve Nnaji, Tope Oshin… These women are consistency personified.

All the projects I’m working on now should be popping and I should be collaborating with other heavy weights on new and exciting content that everyone would love.

I’ve talked about a crush before so I’d rather not talk about it again so it doesn’t become a thing but God bless everybody!

People I would love to work with

All those people I listed as role models and honestly anyone in production who has been consistent and is making a mark in whatever industry they’ve found themselves.

What makes me different?

My personality, my lifestyle, my faith. Everything that makes me, makes me different. Lastly, I would say giving up my auditing job was worth it, absolutely!

Minjin Wants You to Boogie

A party is not complete without songs and for Minjin, it’s not just about having songs. It’s about having songs that will make you ‘Boogie’. That’s the new single he has released for those who know how to party. The new track ‘Boogie’ was released under Swaga Records. It was produced by Chillings.

The track is mixed and mastered by Suka Sounds. Minjin gives us something unique with this track and it is sure going to be a jam that will set the clubs and parties on fire.

Minjin made his way into the industry after winning a series of music competitions that prepared him for what is to come. During the year, Minjin dropped ‘Jare.  His new song ‘Boogie’ is a follow up to that. With its captivating beat, and enchanting lyrics, ‘Boogie’ is sure to get fans dancing into the New Year. 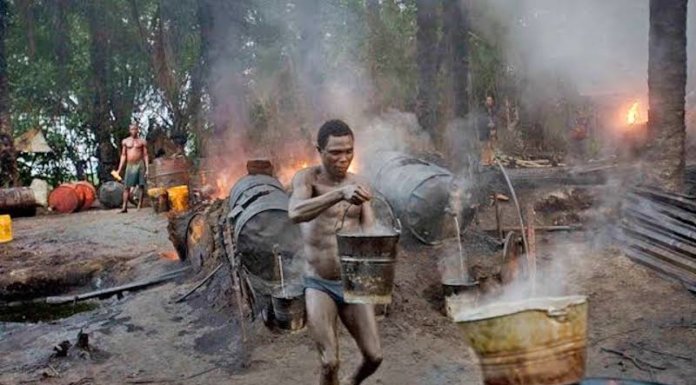