Onyebuchi Ezigbo in Abuja
When Nigerians went to the polls in 2015, they voted for change, but they have gotten more than they bargained for. With a ruling party that cannot hold its own and a main opposition party that is too factionalised to hold the government to account, Nigerians are being deprived of the full benefits of democracy. The ruling All Progressives Congress and the opposition Peoples Democratic Party have not lived up to expectations due to internal squabbles. The implication is that the country is robbed of the benefits of good governance derivable from a harmonious and focused ruling party and a strong, articulate opposition party that can help to keep the government on its toes.

The APC has been unable to galvanise support for its administration and failed to provide useful tips and guide that will help the government to successfully run the affairs of the country. Besides being unable to mobilise the citizens to support the policies of government, the ruling party has been too weak to ensure that such policies are in tandem with the party’s manifesto and core electoral promises.

Since coming to power on May 29 last year, the APC administration has not had a cordial relationship with its members in the executive arm of government and in the National Assembly.
From inception, the APC federal government and the national leadership of the party got themselves entangled in a conflict over the choice of the principal officers of the National Assembly.

Rather than settle the issues amicably, they allowed the matter to fester and ultimately cause bad blood between the presidency and the legislature, on the one hand, and between the party and its members in the National Assembly, on the other. The crisis of confidence created by the tussle for the National Assembly posts spilled over to the party’s leadership, thus, leaving it polarised. According to reliable sources, the intrigues that led to the emergence of the principal officers of the National Assembly caused a serious strain in the relationship between President Muhammadu Buhari and the leadership of the APC headed by its national chairman, Chief John Odigie-Oyegun.

Under the circumstances, senior members of the APC started fighting each other. Sources within the party say the situation has made notable leaders of the party, like Asiwaju Bola Tinubu, to be disenchanted with the affairs of the party. Tinubu has called for the resignation of the national chairman. And the Senate President, Bukola Saraki, is at loggerheads with the party’s leadership and, recently, division within the National Working Committee of the party over the conduct of the governorship primary in Ondo State has worsened the internal crisis. The party has been at war with its Deputy National Publicity Secretary, Timi Frank, who is seen as an ally of former Vice President Atiku Abubakar.

As a result of the refusal of the leadership of APC to recognise Frank as party spokesman after the appointment of his former boss, Alhaji Lai Mohammed, as Minister of Information, APC has remained without an official spokesman.

With all these, the APC has found it difficult to play its role as a ruling party and assert its authority by interfacing properly with the governments at both federal and state levels on policy matters and manifesto. It has also not been able to maintain a healthy relationship with the legislature to help in easy passage of executive bills. Lack of harmony among its members in the National Assembly has meant that the party’s national leadership till date has not held a meeting with the leadership of its caucus in the National Assembly. Such meetings with members in the legislature would have provided an opportunity for the party to lobby and influence the passage of bills that would impact positively on the lives of Nigerians in line with the party’s manifesto.
While the ruling party is in a weak position and cannot advance the course of development, the state of the crisis-ridden opposition party, PDP, is even dicier.

The PDP is in shambles with its national leadership factionalised and unable to reconcile after several attempts. The party has been in crisis for over one year, with the efforts and attention of the warring factions directed at how to undo each other. With the factional leaderships in and out of the courts pursuing their legal matters, there is little or nothing they can do to understudy the APC-led administration, let alone offer constructive criticism. Even when attempts are made by a section of the PDP’s leadership to hold the government accountable, it is usually feeble and not sustained.
The crisis in the PDP has seriously hampered its ability to play the role of a major opposition party. 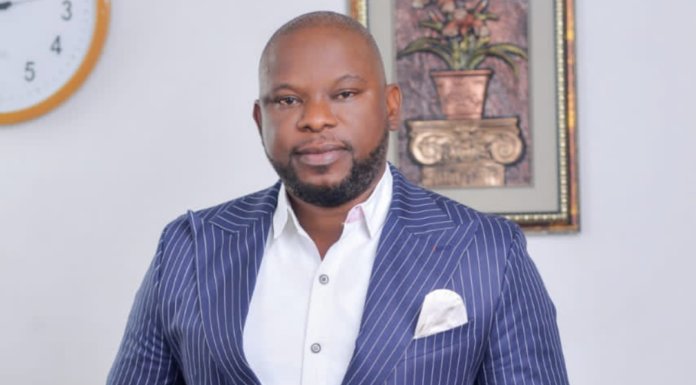