Yesterday marked the 20th anniversary of the tragic ADC Airlines Flight 86 crash. On November 7, 1996, Boeing 727-200 operating the flight lost control while reportedly avoiding a mid-air collision on approach; killing all 144 passengers including a globally acknowledged African political economist; Claude Ake. May their souls rest in peace. It is not an exaggeration to say political economy as a tool for explaining socio-economic dynamics of Africa almost ‘died’ with the political economist himself. Since the tragic deaths of the likes of Amilca Cabral, Ruth First, Frantz Fanon and Walter Rodney, Claude Ake’s death was a singular loss to the revolutionary thought of the 20th century. I always recall with nostalgia a one-man intellectual progressive war successfully prosecuted by late Ake in defence of Africa.

It was during the occasion of an historic international conference on Rethinking Emancipation Concepts in 1991 by the prestigious International Institute of Social Studies (ISS), The Hague, Netherlands where yours comradely did his Master’s degree studies in Labour and Development Studies. By consistent presentations, Africa and indeed Asia, had emerged at this historic conference as foot-notes in the evolution of emancipatory ideas and actions. In particular, Africa was presented as a burden with dubious distinction in senseless war, famine, under-development, poverty and disease.

Ake’s intervention at this conference, albeit on the last day, offered a food for thought, for a largely Euro-centric menu packaged as international conference to the prevailing myth about Africa. Ake raised an exceptional objection. In his characteristic lady-like soft-voice that belied his ever-entrenched resolve, Ake observed that the celebrated stories of despair, repression, wars, famine and bizarre about Africa were mainly from the formal structures of states that are in themselves legacies of slavery, brutal conquests and colonialism, structures that are still linked to the current global formal system of exploitation and oppression.

He maintained that success stories abound in non-visible, non-formal interactive communities of the continent, which according to him, engenders harmony, peace, entrepreneurship, shared values, fairness and justice and even gender equality. Ake was unapologetically romantic about Africa’s non-visible past. He actually presented Africa’s unanimous heroes and unreported processes and presented a remarkable but courageous outing in a setting many “African” scholars sought acceptance through slavish compliance with received wisdom.

After his triumphant presentation at this historic conference even at the risk of being smeared as an apologist of Africa’s failed states, Ake shared his frustration with me. He said it was a paradox that notwithstanding the advocacy for a worthy continent, governments and their agents back home still hounded his likes, treating them with suspicion. It was the period of the most brutal variant of military regimes in Africa; Abacha dictaorship!. Twenty years after his death, the question is: how has African political economy fared? Ake died on the note of despair and incredible optimism. On despair, the master of sharp words in the tradition of radical scholarship deployed the worst of epigrams and aphorisms to depict abysmal continental reality in the 80s and 90s. Two years before his death in 1996, he was categorical and insisted that: “Most Africa is not developing. Three decades of effort have yielded largely stagnation, repression or worse. The tragic consequences of this are increasingly clear: a risking tide of poverty, decaying public utilities and collapsing infrastructure and social tensions and political turmoil, and now, premonitions of inevitable drift into and violence.” He wrote of “spectre of encircling chaos”, observing that conflict has turned Africa into a continent of refugees and displaced persons. About six million of the world’s estimated refugee population of 17 million are Africans and approximately 15 million of the 25 million internally displaced people worldwide are Africans.

When today, we consider the degeneration of African states like South Sudan into lawlessness and continuous blood-letting, self-inflicted “political”, ‘communal’/ ‘religions’ violence in many parts of Nigeria, almost apocalyptic vision of Ake turned prophetic. Not to mention the perpetual statelessness of Somalia, and attrition in the Congo. Since his eternal exit more grim statistics have been rolled out from the despair mill. For instance, according to the World Bank, “of the world’s six billion people, 2.8 billion (almost half) live on less than $2 a day and 1.2 billion (1/5) live on less that $1 a day; of the 1.2 billion living on $1 a day, 23.3 per cent live in sub-Saharan Africa, the second worst region to South Asia. In Nigeria, 80 million (2/3) of population are said to be poor”.

Even more worrisome to Ake was that in spite of these problems, unlike elsewhere where crises promoted great ideas, in Africa in Ake’s words– “no promising initiatives on the horizon”.

“There are not new redemptive ideas on the table, a state of affairs that is not helped by the ideological catholicity of the post-cold war world,” he lamented. This singular worry about the current malaise, especially his questioning of the “very viability of Africa” made Ake vulnerable to accusation of Afro-pessimism. But Afro-pessimism was non-representative of Ake’s position. He was a revolutionary preoccupied with development and transformation. Indeed, intellectually pushed for Afro-optimism as indicated above.

The real tribute to Ake will be to acknowledge the emerging ray of hope, however marginal, in Africa’s political economy. Since his death, it is refreshing that civil war ended in Sierra Leone and remarkably largely due to Africans’ efforts with support of genuine friends in international community and civil societies. Of special significance is that Sierra Leone had had peaceful transitions from civilian to civilian government with active contestations by dozens of independent political parties, refuting the pessimism that civilians-to-civilian transition is impossible in the sub-region. Ghana and Nigeria recorded similar feat.

On the economic front, since Ake’s death, African statesmen (still few women!) seemed to have woken up from their slumber. Africa is witnessing new activist developmentalist states like Ruwanda, a radical departure from do-nothing laissez-faire that hitherto enthroned survival of the few wicked and the greedy at the expense of the hard-working, conscientious majority.

However at times like this, what would be Ake’s reactions to pervasive corruption and underdevelopment in Nigeria today? Are Africans willing to revisit Ake’s eternal advice? People, he said, must be made the means and ends of development so that they can own and defend the processes. Significantly he insisted that we strengthen state capacity and reject ideas that want to roll back state role in development. According to him, “Democratic development does not as is often assumed, mean suspicion of the state and undue restriction of the role of the state. A strong state is not an impediment to development, including democratic development.

On the contrary it is an asset. What really matters is not whether the state leans towards interventionism or laissez-faire but the quality of its intervention.” As a proud African of exceptional commitment, Ake can only be accused of excessive concern, not lack of it, 20 years after his death.

• Aremu is the Secretary General of the Alumni Association of National Institute, Kuru Jos 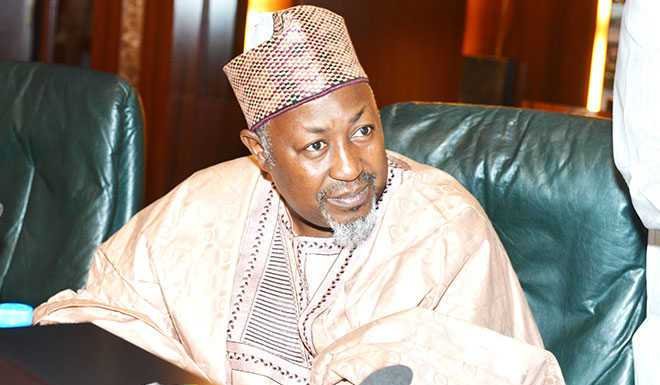