Obinna Obiegue
I was reading the article captioned ‘Justice delayed is justice denied: the case of Obiechina Vs Chime, INEC’ published in the Leadership Newspapers of October 22, 2016 and written by Benjamin Obiajulu Aduba, when my friend, a lawyer also, came in and raised the argument that Benjamin Aduba’s argument will not stand as Aduba ignored this fact: That granting Obiechina the relief he is seeking will mean that if a party wins a gubernatorial election, then her candidate can still be sworn-in even after a hundred years; this will be ridiculous, set wrong precedence and against public interest.

Thus, even where he is found to have a good case, the Supreme Court will give it the Rule of Mischief Interpretation that all elective positions must terminate at the expiration of four years from the date it was derived notwithstanding the difference in the constitutional provisions for the terms of offices of the Executives and the Legislators.

I did not cue into his arguments for some strong reasons. But for public interest, I am making my view public, especially as no case on the issue is currently properly before the court. My friend’s argument does not hold. First, because section 181(2) of the 1999 Constitution as Amended clearly provided that if the persons elected Governor and Deputy Governor die or without legal restrains, did not take their oaths of office before the inauguration of the State Assembly, then INEC shall immediately conduct an election for the Governor and Deputy Governor of the State.

Thus this logic and its argument can only arise if a case is abnormally delayed in courts. Secondly, if the appellant is not prosecuting the case seriously or did not approach the Court early enough, the case shall be struck out by the Court. But where he is diligently prosecuting his pre-election suit, the case cannot last more than few years.

All over the world, election cases are handled with dispatch! To argue that a gubernatorial or presidential pre-election suit can last more than six years worse still, up to one hundred years, is tantamount to a veiled ridiculing of our very hardworking judges, the courts and indeed the entire justice delivery system and its capacity to improve. This is because, where pre-election suits in our courts are not determined within reasonable number of years, then our honoured courts shall lose their honoraria and moral strength as the last hope of the common man and this will question our entire justice delivery system.

One can only imagine such scenario playing out in a decadent, very corrupt and unorganised society, but certainly not in Nigeria! It is a hypothetical argument and not practicable in our justice delivery system. But, on critical pragmatic examination of the situation, given the current records of our courts, how many governorship or presidential pre-election cases shall not be completed, even within four years that one should genuinely develop such fears?

At any rate, it is also a way of making our courts sit up to their sacrosanct duties. Besides, why deny the Appellant his hard earned victory and rights because of speculation on future imaginary limitations of the Courts? Or is it justice to deny a litigant who diligently prosecuted his suit, his rights, if any, because of fear of possible limitations of a public institution?

The constitutional responsibility that this imaginary absurdity does not occur rests squarely on the Courts. And we must hail our courts, because Nigerian Courts are effective! For anybody to argue that this absurdity shall arise is a veiled attempt to mislead the Supreme Court into telling the public that the Courts cannot discharge their constitutional duties effectively. More importantly too, this problem can simply be solved administratively by engaging more Judges once the work load is high. Additionally, where such absurdity, unimaginably rears its head, future legislation should address it by making the tenure periods of the Executives fixed as it currently did with the Lawmakers or have time frame for completing pre-election suits as it provided for Electoral Tribunals.

Equally, if you argue same for Local Government Chairmen- elects, you are backed by section 113(1) of the Electoral Act 2010 as Amended. But, if you argue same for a Governor or President-elect, then which law backs you? Or you just want to spin out a mischief’s interpretation from nowhere, in order to extirpate the courts for delay in Obiechina’s case, which delay, as written by a well respected public commentator, qualifies for Listing in The Guinness Book of Records, or just as simply equation to block an unwanted person?
Though a party contests and wins elections, the tenure mandate, which is legally a different thing, was not donated to her. See sections 64, 105, 180, 135, 181, and 191 of our Constitution. The 1999 Constitution as Amended clearly donated the tenure mandate to the Legislative House in the case of the Lawmakers and to the person who in the eyes of the law is the gubernatorial or presidential candidate of the party that won the gubernatorial or presidential election in the case of the Executives.

It did not donate the tenure mandates to the political parties that sponsored the candidates. If the gubernatorial tenure has been donated to the party, certainly I shall not write this piece and would rather advise Obiechina to forget the suit, since even if he is the right person, his party, which owns the tenure, has spent it with her wrong candidate and cannot be given another.
But, as it is, Obiechina has a case to pursue if we are fair and are not guided by selfish motives. The Constitution clearly provided that the president or governor shall serve four years from the date he is sworn-in.

Thus the period between when a governor or president is elected or deemed elected and when he shall be sworn-in is indeterminate. It is not rigidly fixed. The reason given by the Supreme Court for allowing Peter Obi to serve across two Republics was that the Constitution provided that Governors shall serve four years from the date the particular Governor took his own Oaths of Office in accordance with section 180(2). The reason given was not because Peter Obi took his Oath of Office before the end of the tenure from which he derived his mandate or that he was from a different political party otherwise Senators who over time recovered their mandates through Courts and displaced Senators from other parties or joined the Senate midstream the tenure they got their mandates, would have been allowed to serve across Republics and thus complete four years. Senators do not serve across Republics, because the tenure of four years was donated to the House and not to individual senators or their parties. Senators are merely elected to serve during the life span of the senate Legislative House.

Ignoring these clear provisions in arriving at decisions shall serve no better purpose than permanently and legally stamping injustice and impunity in our body politic.
Also, we must bear in mind that Nigerians have freely and happily chosen to practice federalism. And nothing should be done to weaken or frustrate our advancement in Federalism as this will be an invitation to anarchy and disintegration of our dear country. The clear intention of the Lawmakers is to ensure that the tenure mandate once given by a federating unit (State) or the entire Federation (Nigeria) is not voided by anything until the Governor or President-Elect serves it unless terminated as clearly provided in our Constitution.

It is not at all an omission that our constitutional drafters made the tenure mandate of our Executive (governors and president) inviolate, but made that of Legislators and Chairmen of Local Governments to compulsorily terminate four or three years respectively from the date of commencement of the tenure from which they derived their mandate whether they are sworn in or not. It will not be proper to set a precedent of voiding a tenure mandate without citing a clear provision of our Constitution or our Electoral Act backing the decision if the mandate is found to be in tandem with the law.

Finally the Supreme Court herself admitted publicly that the abnormal delay in the case was because of hanky-panky of her staff. Not Obiechinas fault! The main stream press faulted unusual long adjournment the case suffered at the Supreme Court. The Acting Director of information of National Judicial Council (NJC), Mr. Soji Oye said that Justice Rita Ofili-Ajumogobia was put on the watch-list of NJC for the next four years and shall not be considered for elevation to Court of Appeal or any ad hoc judiciary appointment till her retirement from the Bench, because she was “alleged to have adjourned the pre-election matter severally until the termination of the life span of Ogun State House of Assembly’’.

In Obiechina’s case, who would face Ajumogobia’s treat? Or, nobody because, it will involve top leaders trying top leaders? No worry, there is God’s saving grace for all. But, it must clinically be applied as the law provides and not inventing any strange mischief interpretation to insult human intelligence.
The opportunity must be grabbed immediately to save everybody from embarrassment. The Constitution did not make the political reliefs being sought for the Executives (president and governors) time barred. It must be examined and exploited immediately and the case given accelerated hearing and determined on its merit to retract the public fingers from curving fully and apportioning blame to our holy Sequoia of hope.
-Obiegue, a legal practitioner and political analyst, writes from Lagos 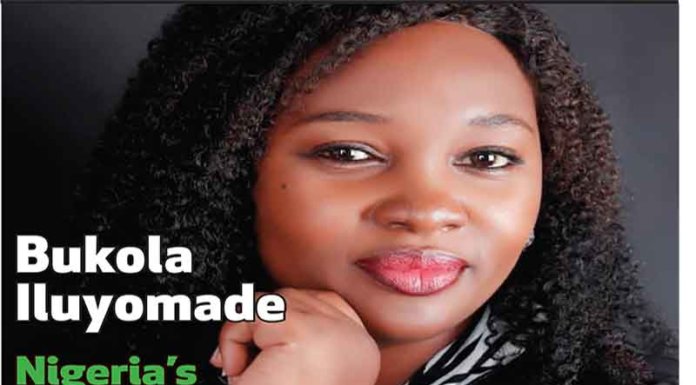