As Nigeria continues to record high prevalence of cancer, MedicAid Care Foundation under the leadership of the Wife of Kebbi State Governor, Dr Zainab Bagudu, appears set to go the whole hog in tackling the disease. Paul Obi writes on the foundation’s recent efforts geared towards public awareness, prevention and treatment.

As Nigeria continues to record high prevalence of cancer, MedicAid Care Foundation under the leadership of the Wife of Kebbi State Governor, Dr Zainab Bagudu, appears set to go the whole hog in tackling the disease. Paul Obi writes on the foundation’s recent efforts geared towards public awareness, prevention and treatment.

According to Emory University Professor of Hametology and Medical Oncology, Otis Brawley, the demand for cancer care delivery is likely to increase because of the projected increase in the burden of cancer due to aging and growth of the population. Between 2012 and 2030, newly diagnosed cancer cases are expected to increase by 70 percent and the cancer deaths projected to double simply due to the aging and growth of the population. The cancer burden and the demand for cancer care services are expected to increase in the coming years across Africa and around the world. Prof. Brawley also stressed that African nations should not just focus on diagnosing cancer without recourse to effective treatment plan.

In the same token, a university don and Professor of Radiation Medicine, University of Nigeria, Nsukka (UNN), Prof. Ifeoma Okoye, recently highlighted the importance of early diagnosis of cancer. Okoye explained that, public awareness on cancer provides the opportunity to open up, in order to create awareness and reduce the proportion of late cancer diagnosis. “Through creating concerted public awareness on preventive measures and the need to go for screening for all kinds of cancers, the burden is drastically reduced,” Okoye stressed.

Following that strategy and advice is the wife of Kebbi State Governor, Dr Zainab Bagudu. She believes that the increasing spate and risk of cancer in Nigeria has become alarming to be left in the hands of government alone. She warned that if drastic actions were not taken, Nigeria would be in great health crisis.
Bagudu, a Pediatric Consultant, spoke as part of efforts to contain the disease, which also involved a health walk in Abuja metropolis and other public awareness programmes. To that effect, notable Nollywood stars were included in the programme to spearhead public awareness on the danger of cancer to society. The event brought many celebrities out with thousand other public walks expected to be staged around the country against the disease.

According to Dr Bagudu, awareness remains key in tackling cancer in various ways. She said, her non-governmental organization, MedicAid Care Foundation which sponsored the event, had been working on cancer in the country since 2009. MedicAid was founded to screen, treat and advocate for cancer patients.
Bagudu said: “This is done in various fund-raising events. The proceeds of which are channeled towards ensuring the fight against cancer remains foremost and central in the minds of the Nigerian populace.
“The organization has conducted free CT scans on well over 20 cancer patients across the country and raised funds for the treatment of thousands more; raised funds for the support and treatment of cancer patients in the various geo-political zones; and conducted free cancer screening for thousands throughout Abuja, Maiduguri, Zamfara and Kebbi,” she stated. According to her, MedicAid has trained 30 nurses on diagnosis and management of cancer. She stressed that despite global spread, the disease is still more common among the aged.

“Most of the cancers come from older generation. Cancer is a condition that comes about when any cell in that body that is living is capable of a change to become cancerous. So, every cell, apart from the dead ones can get cancer, all the internal organs can all become cancerous. “What happens is the normal replication process, the regenerative process that each cell goes through just gets out of hand. It is uncontrolled, and it starts firing anyhow. Things are not coming the normal way; what triggers it may be different, it could be a virus, it could be chemical…

“It is a disease of the aging generation. There is more diagnosis. There is more awareness among the educated population. The more educated you are, the more you are likely to know about disease conditions. But, there is more awareness now,” she stated. The First Lady observed that cases of cancer have reduced among youths because of increased awareness. She also promised that she could help persons who could not afford cancer test at the radiotherapy section of the National Hospital to do it free.

The wife of the governor informed THISDAY that her “organization has raised N40 million this year, and that she was working to make ultrasound test for cancer cost N500 for people in the country.

She further said that cancer risk factors were still very high. According to her, consumption of processed foods, alcohol, smoking and lack of physical exercises make people more vulnerable to the disease.
Speaking, actress Joke Silva explained that the movie on cancer re-enact the challenges people go through in the fight against cancer. Silva stressed that the movie highlights critical aspect associated with cancer ranging from prevention, care, treatment and societal attitudes towards cancer patients.

MedicAid Care Foundation efforts is not just to create awareness on cancer but to also offer some remedies on prevention and treatment. This underscores the essence of a complete package required to fight cancer effectively. In Bagudu’s view, the desire to fight cancer will continue, and will be sustained through scaling up prevention and treatment measures. But beyond the assurances, a lot now lies in walking the talk. 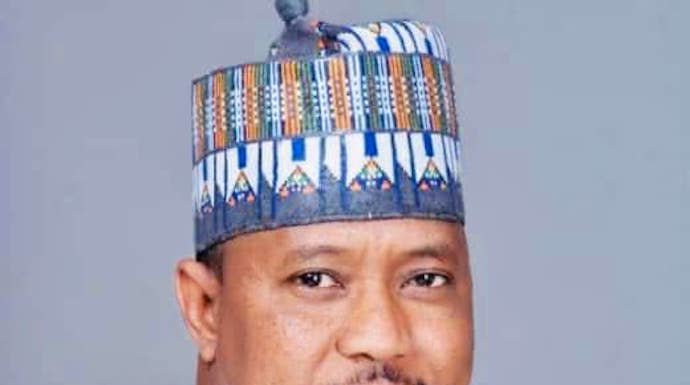