The three-member panel of justices of the Court of Appeal handling the appeal cases of the Peoples Democratic  Party (PDP) in respect of the Ondo State governorship candidacy for the November 26 governorship election have stepped down from the cases following allegations that the justices have been compromised with N350million.

The three recused themselves following a petition written by a factional chairman of the party in the state, Prince Biyi Poroye, who alleged that the justices have been compromised.

In the petition dated October 31, 2016, and addressed to the President of the Court of Appeal, Justice Zainab Bulkachuwa, the petitioner alleged that Governor Olusegun Mimiko of Ondo State had boasted in the public that he and Governor Nyesom Wike of Rivers State had settled the Justices with N350million.
The petition was copied President Muhammadu Buhari, the Chief Justice of Nigeria (CJN) and the panel itself.

Poroye, who swore an affidavit evidence to buttress his allegations said that he believed that the Justices had been compromised because the presiding Justice, Jumai Hannatu Sankey was proned to corruption.
The petitioner further alleged that Justice Sankey had been ill for the past five years and as such, “became very poor and proned to corruption”.

Poroye further alleged in the petition that Justice Sankey was transferred from Yola where Eyitayo Jegede SAN, the appellant, practised law for the past 15 years and that when the Justice arrived in Akure, Mimiko boasted that he catered for her to the tune of N100million.

In the circumstances, the petitioner demanded the disbandment of the panel on the ground that his side would not get justice from the panel.
The PDP factional chairman also faulted the composition of a special panel to hear a pre-election matter, adding that there was no reason for the President of the Court of Appeal to have done so since the appeal was not time bound.

At the resumption of hearing of the matter, Justice Sankey drew the attention of lawyers in the case to the petition and demanded to know whether the panel could still go ahead with hearing of the case in spite of the strongly worded petition and supported with an affidavit of evidence.

Chief Wole Olanipekun (SAN), who stood for Jegede said he was taken aback by the development and that he was not copied.
The senior counsel described the petition as most embarrassing, unfair, unfortunate and un-godly because the justices had not taken any step to suggest any likelihood of bias.

He said if any party should complain, it was his client, whose right had been aborted because of the removal of his name as a candidate of the PDP on the list by the Independent National Electoral Commission (INEC).

Olanipekun warned politicians not to destroy the judiciary for their parochial interest, because the judiciary remains the only institution that was the cornerstone and foundation of Nigeria’s democracy.
He appealed to the justices to refer the petition to the appropriate security agents for investigation and punitive action.

Counsel to the petitioner, Dr. Alex Izinyon (SAN), in his own reaction said he was speechless because he had no inkling of the petition and was not consulted by his client before writing the petition.

Justice Sankey said, “Conscience is an open wound, only truth can heal it. Why did he run out of court when he has the audacity to append his signature on the shameless petition and the affidavit?
“Let me say here that 99 days are for the thief, only one day is for the owner. It is painful that the petitioner used my ailment to insult me, to allege that I am a poor Judge, sick for five years and prone to corruption.

“I am ready to carry my illness on my shoulder, but it is unfair for the petitioner to make my sickness an issue in his petition.”
In her ruling, Justice Sankey said, ordinarily, since no fact had been put forward before the court to establish a case of likelihood of bias and since lawyers in this matter have all denied knowledge of the petition, ‘we would have minded to ignore the petition! But it is a settled law that when a case of likelihood of bias has been raised in a petition, it has to be looked into, even if the petition is frivolous.
“We consider it necessary to disqualify ourselves from all petitions in respect of Ondo PDP governorship matters.

“We hereby step down from this matter and the case files are to be returned to the President of this court for re-assignment to another panel”, she said.

Meanwhile, the PDP in Ondo State said yesterday that it is “neither distracted nor would succumb to the time-worn tactics of judicial ambush” as a result of the withdrawal of the appeal panel of the Court of Appeal handling its case on the removal of its candidate, Jegede by INEC.

The party also called for the immediate arrest of Biyi Poroye who made wild allegations against the Panel members and be made to substantiate its claims.

Reacting to the development, the party’s state’s Director of Publicity, Mr. Ayo Fadaka, in a statement, said the withdrawal of the panel headed by Justice  Sankey  was “predicated by the specious and unproven allegations of corruption and other sundry charges by the Ibrahim group against the panel” which prevented it from hearing the appeal against the judgment of Justice Okon Abang of the Federal High Court, Abuja.

“Certainly the petition was a desperate last ditch effort to prevent the panel from carrying out justice. It follows a curious path of blackmail and ambush that Ibrahim and his allies have come to be noted for since they took on the job of killing the PDP in Ondo State.

“We alert Nigerians of the grave damage such irresponsible under-hand tactics as  being deployed by Ibrahim and his cohorts could wrought on our fledgling democracy. This attitude to say the least is absolutely irresponsible and obviously calculated to forestall prompt adjudication on the matter,” the statement said.

Granted that the courts should be the last hope of the citizens, the party said “sadly, events as dictated by the unfounded allegations of corruption and the subsequent recusal  by the justices tend to point otherwise.”

PDP maintained however that it was not disillusioned, distracted and shall not succumb to “this time-worn tactics of judicial ambush.”
The party however encouraged “genuine PDP members to keep faith, remain resolute and steady the course in support of the candidate of the party, Jegede.

However, the leadership of the PDP yesterday met with states chairman over the crisis rocking the party.
The meeting which was held late yesterday at the Temporary Secretariat of the party in Wuse II, Abuja, was also said to have  deliberated on topical national issues.

A statement issued by the party’s spokesman, Prince Dayo Adeyeye said the party leaders expressed optimistism that justice shall surely be served in the case of the Ondo State governorship ticket tussle.

“The Meeting equally was optimistic that Justice shall surely be served and therefore, both teams reiterated full support for the party’s candidate in the Saturday, November 26, 2016 gubernatorial election in Ondo State, Jegede, SAN as the only standard bearer of the party.

“Finally, we further call on all our members’ nationwide, teeming supporters and the general public, and especially Ondo people, to remain calm and continue supporting the leadership in moving the party forward.” 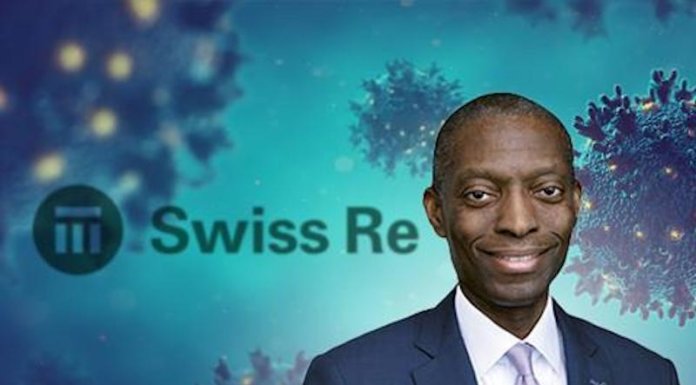