The Minister of Finance, Mrs. Kemi Adeosun on Friday assured Nigerians that the focus on infrastructure spending by President Muhammadu Buhari administration will unlock the desired growth in the country.

The Minister, in an interview with CNBC on the sidelines of the ongoing IMF/World Bank annual meeting in Washington DC, United States also said the Federal Government was making significant progress in its negotiation with the World Bank and the African Development Bank for budget support.

She, said “What we have applied for is budget support facility from the World Bank and with the AfDB. AfDB is at the advanced stage and for the World Bank, we have submitted a letter of development policy. Hopefully we are going into negotiation as next step here. ‎We are therefore on course with raising the concessionary financing we wanted.”

Giving details of the funding plans for the 2016 budget, Mrs. Adeosun said, “What we have is budget support facilities, which we designed ourselves. We are on course. We are going first to domestic market , followed by the Concessionary market, then to the Eurobond market; we are very much on course.“

She stated that the Federal Government had already spent about N770 billion on capital project from the time the budget was passed in May and that the government was planning the next release.

According to her, “This is being funded by a combination of our IGR and the money raised from domestic market which will be complemented with what we will raise from international market.”

The Minister expressed confidence in the ability of the Federal Government to achieve its economic plan within the set time frame.

She was quite optimistic “as when we started this journey, the plan was around fiscal consolidation and trying to remove the economy from consumption-driven to investment-driven. We are beginning to see the dividends in terms of reducing our recurrent expenditure, with releases into fiscal space to allow us take care of infrastructure.

“It is the key to growth and on the fact that the money was released to major projects; roads, rail, airports etc. Infrastructure will unlock the needed growth in the economy .”

The Minister described the current stability in crude oil price as a good development for the Nigerian economy.

She said, “The oil price has stabilised, of course a good news in the short term and in the middle term. We expect the oil price to be stable, it is good for us, we need predictability of revenue. One of the problems we face now is that oil price is very volatile and our revenue is volatile. Predictability will enable us plan.”

In spite of this optimism, the Minister said Nigeria had learnt its lesson from its recent experience, adding, “We have learnt our lessons, we have seen the oil price go up as high as $110 in the past and the lesson we have learnt really is it is not about how high the oil price is or how low but how well we spend the money and then we have spent a lot of time to reform how we spend.

In terms of our planning, we have been conservative. I believe benchmark staying well below $50 so that we are safe and we are not subject to any fluctuation in oil price.”

She said that apart from dealing with some of the issues in the Niger Delta region, there had been a fundamental change in how the government financed the oil industry.

“In the past, there were joint ventures which were funded from the treasury and it is called the cash-call arrangement. We need to get out of cash calls.

“There is private money available which can be used to fund oil exploration and we have signed agreement through the NNPC with oil majors to do the modified arrangement where we borrow money from the local market, pay for further private capital and we will get oil output. More importantly for us, it releases the output because one of the challenges in Nigeria was that we were not meeting up with the cash call arrangement, we couldn’t meet our obligations and that means the quantity of oil we could have been producing, we weren’t producing it. By moving out into the private space where there is money, I don’t see any reason why we won’t be able to meet our quota.”

The Minister also expressed the belief that Nigerians would soon begin to see the flexible exchange rate regime of the Central Bank of Nigeria.

The Minister, who admitted holding series of meetings with the monetary authorities said, “. I think the CBN itself has said it is committed to a flexible exchange rate, we do need to make some adjustment and I’m confident that they will do so and it will address the shortage, but what is driving the shortage is oil price because 90 percent of our foreign exchange proceeds are from oil, so with a more sustainable oil price and getting quantity back up that’s the sort of confidence market needs.”

Mrs. Adeosun also believe the process would create the environment that was attracting foreign direct investment.

“Companies will come and open their factories if for example, they know that the ease of doing business, getting a company registered has become a lot easier and the Minister for Trade and Investment has made a commitment to sorting out some of those bottle necks that are actually stopping investment coming in, so we are confident that flows will come back and that will ease up the foreign exchange challenges.” 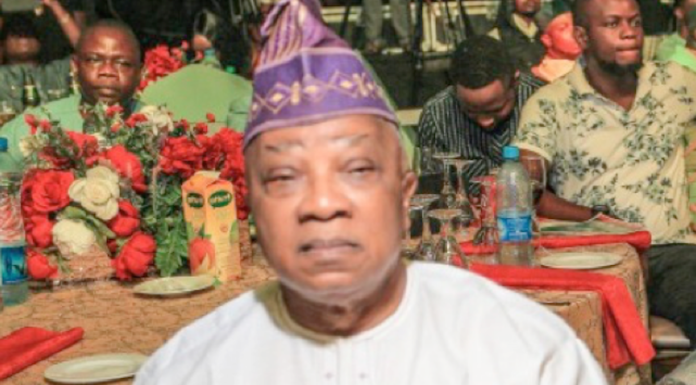