The Minister of State for Petroleum Resources, Dr. Ibe Kachikwu, has said that Nigeria will soon close the deal on a $3 billion to $4 billion loan from China that will be channelled towards the provision of infrastructure in the oil and gas sector.

Kachikwu made the disclosure at the end of the Federal Executive Council (FEC) meeting held in the State House, Abuja wednesday, adding that the loan was a fallout of the July roadshow held by the petroleum ministry and the Nigerian National Petroleum Corporation (NNPC) in China.

Briefing State House reporters alongside the Ministers of Information and Culture, Lai Mohammed; Interior, Abdurahman Danbazzau; and Power, Works and Housing, Babatunde Fashola, Kachikwu also revealed that over 40 Chinese investors would be visiting Nigeria by the end of the month, explaining that the memoranda of understanding (MoUs) signed during the road show generally have a gestation period of about one year, as both countries set up their teams on a bilateral basis to look at specific areas of investment interests.

He said: “Generally, when you have a memorandum of understanding, the gestation period takes over a year, because after you get your MoUs signed you have to set up teams from both countries on a bilateral basis.

“Then begin to look specifically at the areas you pledged; what are the business incentives, the terms, and whether to invest.

“That is still work in progress, but we are having a team of over 40 Chinese investors, members of some of those bodies with which we signed MoUs that will be visiting Nigeria by the end of this month.

“We are also setting up a full inter-ministerial panel that will be deliberating with them for each of those sectoral investments.

“I will say that the target we had while going to China was to raise $40 billion, which is the total cost of our infrastructure gap for the oil industry but we had commitments for about $75.6 billion, $69 billion of which were NNPC and government-related potential investments and loans, and the rest directly to the private sector. If we get even 20 per cent of that, that will be a major achievement for us.

“We have a one-year period to work on these, and we expect that some will come earlier. But there are some facility lines that are almost readily available close to about $3 or $4 billion, but the investment packages will take us time.

“I realise that this is different from the pledges that were made when the president visited China which was an all African-type front basis, this is completely separate.

“I know that that fund on the all African basis, which is roughly about $60-$70 billion, we just realised the enormity of the sort of success that the roadshow had.

“So a lot more work is still in the pipeline and how we would now crystalise this into actual investments, but we are encouraged by what we are receiving in terms of the distinction and the contacts. Hopefully, by the end of the month, when this 40-man team comes, we would be able to make substantial progress.”

Last July, Kachikwu led a roadshow to China to attract investments to close the infrastructure gap in Nigeria’s oil and gas sector.

The management of NNPC at the end of the roadshow announced the signing of MoUs with Chinese companies worth over $50 billion for infrastructure development.

Kachikwu also said FEC approved the resuscitation of the National Council on Hydrocarbon, as part of efforts to foster peace in the volatile Niger Delta region.

Kachikwu said the council would consist of stakeholders from oil producing areas, with a mandate to deliberate on the challenges facing the oil sector and on proffering solutions.

He explained that the council would, as part of its functions, undertake the continuous review of policies in the oil minerals sector in relation to how they affect the indigenes of oil producing communities, especially with respect to the militancy in the region by creating forums where everyone converges to discuss the problems affecting all participants in the sector.

FEC also approved a N3.5 billion contract for the procurement of 350 operational vehicles for the Nigerian Prisons Service (NPS).
Dambazzau, who spoke on the approval granted his ministry, said the approval to buy the vehicles was part of the logistics being put in place to de-congest prisons nationwide by making it easier for the prison service to convey inmates to and from courts during their trial without delays and as and when due.
Dambazzau also said that the procurement of the vehicles was part of the processes being undertaken by the ministry in collaboration with the judiciary and police to strengthen the criminal justice system in the country, which he said had been ineffective and unfavourable to inmates.

According to him, there are currently 65,000 inmates in Nigerian prisons, of which 70 per cent were awaiting trial in the 5,022 courts situated across the country.

He said the absence of operational vehicles in the past had made it difficult to convey awaiting trial inmates to courts, resulting in prolonged trials and overcrowding in prisons.
“We are trying to see how we can reduce the number of inmates awaiting trial. But the Criminal Justice Act of 2015 has also made provisions for alternatives to sentencing, otherwise known as non-custodian sentencing.

“The courts can now use that rather than sending the individual to prison, depending on the crime committed, or apply other means of dealing with such cases,” he said.
In his briefing, Fashola painted a picture of gloom regarding the state of road construction and rehabilitation nationwide, citing limited resources.

He said government can only undertake repairs and reconstruction of critical roads due to the limited resources allocated for roads in the 2016 budget.

He revealed that the liabilities and indebtedness of his ministry on road projects stood at N1.5 trillion while a paltry N200 billion was made available for road projects in the budget.
As a result of this, he said government had to prioritise work only on roads that are used for conveying petroleum products, food and high vehicular traffic.

According to him, contractors are owed about N1.5 trillion for work they had already done, adding that with the limited budget, government had to prioritise.

He said: “The budget that we have for the three ministries that I superintend is in the region of N400 plus billion, of which over N200 billion was dedicated to roads across the country.
“So that is the deficit that we have to deal with and in making these choices. We then have to deal not with roads that necessarily bother us but roads that carry the heaviest traffic.

“Second, those roads that evacuate our nourishment and food supply, like our millet, tomatoes and yam from the north to the south. We also have to ensure that the transportation business does not die.

“So when you are hearing Lagos-Ibadan, it is not Lagos- Ibadan itself, it is Lagos-Ibadan that is critical to keep the economy of this country going.

“That is where importers from the north or south move goods, because the bulk of imported cargo comes from the Apapa and Tincan ports. That is where fuel is largely discharged for the country from the tank farms in Apapa and hauled to the furthermost parts of the country.

“So we are in a situation where we have to make choices and this is how a family makes choices – what gives the greatest good to possibly the greatest number with the most limited resources.
“So we are limited by resources but trying to ensure that each geo-political zone is not left behind. We are also trying to ensure that we are able to keep the economy of the nation going.”
Fashola was however hopeful that in 2017, his ministry would move on to the next phase. “We have provided a three-year plan to begin to address the roads, but this is subject to the appropriation we receive and once a road is not appropriated for you cannot spend money on it, because it is a violation of the laws of this country and you will be penalised for it and I won’t breach the law.
“So I am limited by what I am authorised to do when appropriation comes.”

With respect to the power sector, Fashola said FEC approved the procurement of 150 megavolts transformers for three transmission sub-stations located in Osogbo, Shiroro and Ondo.

He said the acquisition of the transformers, which he placed at a cost of over a billion naira, would reinforce, expand and maintain the current transmission capacity as electricity generation increases. 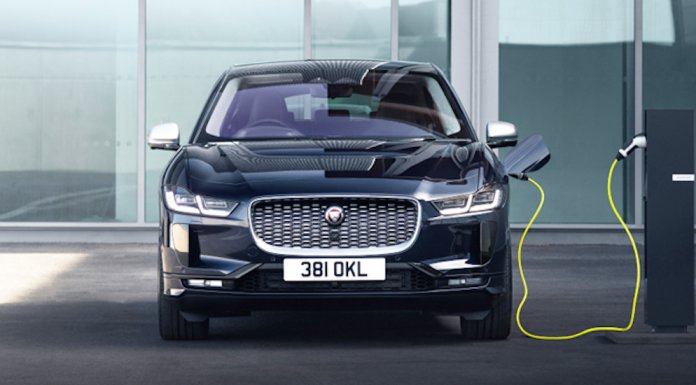 Tuchel Worried Over Possible Suspension of Neymar, Others