The splendor of her womanhood and the earthly rind of her humaneness and poise resonate that ageless prettiness and élan characteristic of the loveliest of fabled Greek goddesses. But while you may be forgiven for associating Helen’s femininity with that historic grandeur evocative of medieval Cleopatra, you won’t be forgiven if you fail to divorce her stateliness from the guile and chicanery emblematic of the fabled Greek goddess. Unlike Cleopatra, she is in totality, a mortal husk of humility and compassion. Little wonder she enjoys the prayer and goodwill of many as she clocks the golden age of 57 some days ago.

Helen who is married to Dr. Tosin Ajayi of the First Foundation, was celebrated by her children and It was a gathering of age-long friends and close family members on September 18, 2016 at the Sky Lounge Eko Hotel, Lagos. The dinner was organised by her daughter Tomisin. Dressed in a print dress, Helen Prest-Ajayi was in high spirits as her friends took turns to celebrate her and posed for photographs with her. The celebrant took charge of the party herself, and endeavoured to treat every guest to a good time. The ecstasy of the event and innumerable treats made available to every guest at the celebrant’s behest tinged the atmosphere with a euphoric hue of sort; it all felt surreal. And not a few guests could attest to that. She was as usual, in her element as she radiated faultless beauty and delight that has kept her husband persistently head over heels in love with her through the years.

MAN OF THE PEOPLE! HEYDEN BOSS, DAPO ABIODUN, CROSSES THE RUBICON
In a coven of greedy merchants, it takes unprecedented restraint to scorn the lure of extreme commerce. Such marvelous trait depicts the soul of a selfless magnate – an indisputable rarity in contemporary Nigeria. Dapo Abiodun is however, cut of such rare stock. The chairman of Heyden Oil flaunts a reputation for good judgment, for fair dealing and rectitude – which in itself is good fortune. Dapo, like the proverbial ethical rebel understands that the one thing that doesn’t abide by majority rule is a person’s conscience. Where the majority plays rogue, Dapo opts to play the people’s champion.

Interestingly, however, Prince Dapo Abiodun, the All Progressives Congress, APC candidate in the last Ogun East senatorial election, has continued to add value to the people. The oil magnate has just opened a lifestyle Heyden Mega Station Lagos. The grand opening attracted those who matter in the town and beyond.

Situated in a picturesque part of the town, the lifestyle station flaunts pristine and enchanting ambience evocative of the most classic architectural delights. Everywhere is spick and span and has the halo of an Eden for business. Dapo is a man who sees something in everything that the rest of us don’t. But his genius is not just his ability to see what others cannot but how he applies it. Yes, his enviable tact, diplomacy and statecraft is indeed deserving of such fulsome compliments and more.

LOYAL TO THE BONES! WHY KOLA ABIOLA, SEGUN AWOLOWO ARE LOYAL TO JIDE OMOKORE
Their minds fan with the beauty of friendship as fire flames from red hot embers. Thus they will not stay quiet while their friend is strung up on the altar of vendetta and high powered politics, so argued friends and associates of oil magnate, Jide Omokore. They intend to stand by him through the fire and storm of the Economic and Financial Crimes Commission (EFCC)’s inquisition of his life and dealings in the oil sector during the immediate past administration of former President Goodluck Jonathan.

While it is tempting to commend them for their love and loyalty to their embattled friend, it need be understood that they are not just standing by Omokore for the sake of doing so. It would be recalled that Omokore was instrumental to the entrepreneurial success of many of his friends and associates. He was reportedly generous to both his male and female friends. So generous was he that he impacted every aspect of their lives positively with his astounding wealth.

He rented apartments for some in highbrow areas and paid the bills. He bought houses for others. He also bought cars for many beneficiaries and set them up in business with very large start-up capital. This earned him the loyalty and love of most of his friends and associates as they lived in awe and appreciation of his unending generosity.
Even silver spoon children from superrich families were very close to him. They include Kola Abiola, Segun Awolowo, Karen Koshoni, among others. They are all praying for the man who they all called “The Leader.” 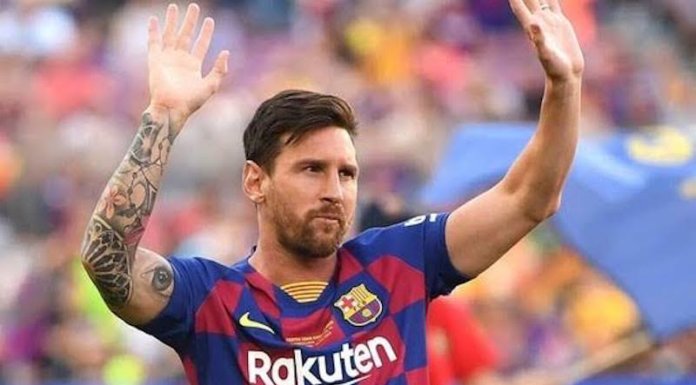