The train of the on-going 2016 Promasidor’s Cowbellpedia Mathematics Television Quiz has ignited a fierce but healthy competition among the states of the federation. As the show progresses towards the final, the states, represented by the various schools are increasing their ‘battle’ tactics to win the crown. The show, for instance, entered a very crucial bend last weekend as Ogun State excelled with a record of producing all-four female semi-finalists. The feat is courtesy of three schools, all based in Ota, a commercial town at the border of Lagos and Ogun States.

In the senior category, Hasanah Adeyanju of Ota Total Academy, Ota joined ChimakaOkey-Ihedi of The Ambassador College, Ota in the semi-final ticket, to crown the glory for Ogun State in the 7th preliminary group contest. The duo were in the “ring” against Victor Osondu of College of Immaculate Conception, Enugu, Enugu State, OlamideIkuomola of Greater tomorrow International College, Arikigi-Akoko, Ondo State; Timothy Adedipe of Shepherd International College, Ado Ekiti, Ekiti State; and Simeon Ante of Joy International College, Kaduna, Kaduna State. In the qualifying written examination, Adeyanju scored 97 per cent, while Okey-Ihedi got 96 per cent to qualify as Top 20 candidates.The soft-spoken Adeyanju expressed strong confidence about her chances in the competition and hoped that all things would work well for her. “I am really well prepared for this.

I also believe I am good enough to win because I am good enough to beat anybody,” she told journalists outside the studio. Okey-Ihedi and Ekoko were no less confident saying that with the semi-final tickets in their kitty, nothing else can stop them from winning the ultimate prize. The ultimate prize for this year’s edition is one million naira and an all-expense paid educational excursion outside the country. The teacher of the winning students will receive four hundred thousand naira. The airing of the programme continues this weekend; AIT Network on Saturday, 7. 00p.m; TVC Lagos, Saturday, 8.00p.m; NTA Ibadan, Saturday, 9.30a.m; NTA Kano, Saturday, 2.00 p.m.; CRBC Calabar, Saturday 7.00pm; NTA Onitsha, Sunday, 5.00p.m; STV Jos, Sunday, 5.00 p.m. Also, you can watch it on DSTV Channel 154 on Saturday, 9.00 p.m. 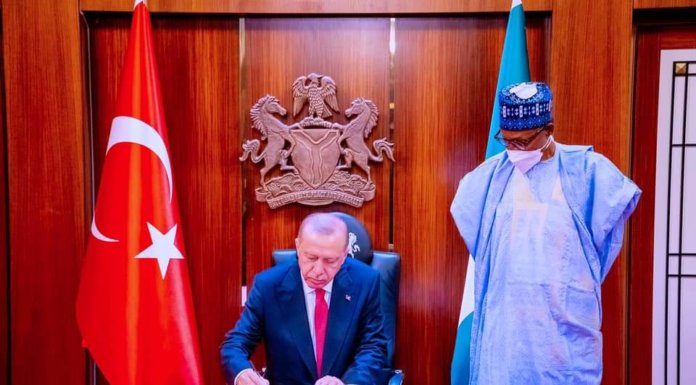