As air passenger traffic continues to nosedive due to high fares and schedule hiccups occasioned by aviation fuel scarcity, Chinedu Eze warns that the development constitutes a major setback to Nigeria’s air transport sector and the economy as a whole

Nigerians are in a quagmire over limited choices of the right means of transport. The country has networks of roads but over 60 percent of them are death traps. The country is located at the breast of Atlantic Ocean with so many rivers, creeks and rivulets but no comprehensive and safe water transportation.

Since 2006, Nigeria has improved air transport system in terms of safety, capacity and equipment, but poor infrastructure has limited flight hours and now poor disposable income has disenfranchised many from travelling by air.

According to figures released by the Federal Airports Authority of Nigeria (FAAN), passenger movement at both local and international travel has depleted and it is projected that it would continue to drop till the middle of next year.

Industry analyst, Simon Tumba said Nigeria is in a recession economy so the tumbling figures are to be expected but noted that whatever challenge the country is witnessing now is not going to be protracted; predicting that the recession would begin to ease by next year.

“We are in a recession economy so we expect to witness high unemployment, inflation and low purchasing power. So people don’t just travel now; there must be an important reason before you travel and that travel must have good returns. Traffic has depleted at the major airports and this has affected restaurants and some of them are closing. Car hire services are adversely affected, as there are no customers to service. That is the situation, which reflects the economic situation we are in now,” Tumba said.

He observed that there are measures being taken by government and Nigerians to diversify the economy and boost agriculture, noting that by the middle of next year the economy would have improved and that would reflect positively on the air transport sector.

“I believe Nigeria will achieve stability in the economy over time. If government enforces fiscal discipline and based on projections things will get better by the middle of next year. We may continue to witness recession in the first quarter and second quarter but the situation will improve after that. But that depends on if foreign investors will take advantage of the low value of the naira and invest very well in the country. So the problem we have in passenger traffic is the low purchasing power of Nigerians,’ Tumba said.

He also noted that high cost of aviation fuel is putting financial pressure on the airlines, noting that respite would only come when Dangote’s refinery comes on stream by late 2018 or early 2019. With local refining of aviation fuel and other petroleum products the naira may have a respite and gain in value, especially if ban in the importation of rice remains in force, as the present input in rice farming and generation investment in agriculture would have boosted local food production in the country.

“Aviation fuel will become cheap and available when Dagote’s refinery begins operation. Then we will even have high quality product because what we are importing now should be the lowest quality of petroleum product. When you put it in your car it burns too fast but with local refining Nigeria will begin to enjoy better product and aviation fuel will become cheaper and better,” Tumba said.

He explained that this could be imbedded in the commercial agreements Nigeria signs with the airlines which host countries already have Bilateral Air Service Agreement (BASA) with Nigeria and wants to have more entry points in the country. For example, some years ago, Aero Contractors and Lufthansa had agreement on airlifting passengers from Lagos to Port Harcourt. When Lufthansa landed in Lagos, Aero would airlift the passengers from the Lagos to Port Harcourt, but Tumba said government should make it as a policy that any foreign airline that wished to have more entry points or increase frequency must partner with local airline for that extra frequency.

Few years ago Emirates and South Africa Airways agreed when the former increased its frequency to Johannesburg that a percentage of the passengers fares should go to the indigenous carrier on the extra frequency. Now that Nigeria does not have a national carrier, it could designate its flag carriers to play that role. In that way government would help the airlines and at the same time curtail the exploitation of Nigerian passengers by international carriers without any benefit to the country.

“Now that it is not certain that these foreign airlines pay royalties for some of the frequencies they operate, government can introduce a policy that will make it compulsory for foreign airline to work with local operators so that a certain amount of money should be paid to the local airlines. For example, if Turkish Airlines want to operate to Enugu it should have a code-share agreement with Air Peace and about $40 of every fare will be paid to the Nigerian Airline. Arik Air can be designated to South South states, while Medview and Azman can be designated to northern states and so on.

“But the Nigerian airlines must put their house in order to benefit from such policy. The airlines can make as much as $25 million in a year, but government must make sure the money is not diverted; so it must institute corporate governance so that they account for the money because the must should be used for aircraft maintenance, training, spares, aircraft acquisition; so they should be used for offshore spending and the Central Bank of Nigeria (CBN) must keep track of the expenditure,” Tumba suggested.

The Chairman of Airline Operators of Nigeria (AON), Captain Nogie Meggison said government had made progress in the aviation sector in the past but there seemed to be a hiatus where such improvement was halted and the consequence is the present policy summersault that indicates the sector is not progressing anymore. He said government should see the travelling public as huge capital and utilise that capital for the benefit of the industry.

“In my 25 years as an aviator in Nigeria I have seen 27 Ministers of Aviation. It shows that there is no stability, it also shows that we don’t have a clear cut policy tailored towards growing our God- given resources, either oil, cotton, tomatoes and our human capital, which include aviation and the movement of persons and goods from one place to another.

We have constantly said the government must look at the Nigerian travelling people as huge capital. We are 180 million people. That is God given blessing and our position in Africa geographically is the pivot for Africa hub and we should use that as a springboard to control and distribute the passengers all through Africa.
Unfortunately the policies of the government have not been clear-cut from time. So we have not been able to take advantage of what God has given us,” he said.

Meggison noted that Nigeria is blessed with oil, but today oil is cheaper to buy in other African countries than in Nigeria and today airlines are buying aviation fuel at N230 a litre while the same product is sold in Accra for almost 40 percent discount.

“Accra does not have oil; we are importing fuel from Abidjan that does not have oil. Importing Jet A1 from Abidjan shows that we missed it and it adds to the cost of operation today apart from the epileptic nature that has made 50 percent of the flight today either canceled or delayed, which has thrown our projections as airlines, as a business out of balance. This is because if you have a business and you go to the bank to do a projection and you based it on both utilisation of the aircraft, you are likely not going to realise it. We are still suffering today at most of our national airports because most of them are not opened after 7:00 pm. So we are only operating on daylight service from 7:00 a.m. to 7: 00 p.m., which is 12 hours for an airplane that is built to fly 24 hours a day.

“So first of all you have reduced the capacity by 12 hours and by 50 percent. Then you go further down to another difficult challenge, the aviation fuel is not available. You have reduced our delays and cancellations by another 50 percent, so really we are operating with 25 percent utilisation. How do you expect us to be competitive? Apart from that; there is multiple taxations, we have screamed and cried out, there is excessive interferences, there are insurance issues, there is foreign object damage (FOD) and nobody is doing anything about it,” Meggison added.

Also industry consultant and CEO of Belujane Konsult, Chris Aligbe said the aviation industry needs urgent revamp to ensure the airlines do not collapse and stressed that the airlines must work together.

“What should be done is for the airlines to sit down and see how they can work together with the objective of seeing the industry survive. They would ask themselves what are we going to put in that will make us keep our fares at the level that Nigerians can still travel. The airlines want to survive. Government must focus on the airlines and say, what can we do to make sure you are offering services and you are offering it in a manner Nigerians can still benefit from these services.

If this is not done eventually the airlines will collapse and Nigeria will suffer. Foreign airlines cannot do what domestic carriers can do for us. They cannot operate domestic services for us and the roads are not what they should be, the rail lines are not yet there. So I think that the President should call for major stakeholders’ meeting,” Alighe said.

Unlike in the past, government must have to step in at this critical time to help the airlines to survive. In doing so it will sustain the economy and ensure it grows despite recession. 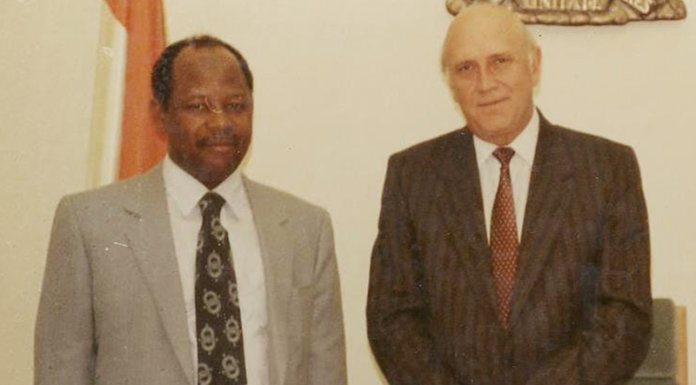