Football fans in Nigeria will have an insight into what new manager, Gernot Rohr, can offer as he leads out the nation’s national team in his first assignment as Eagles Coach against Tanzania in a formality Africa Cup of Nations qualifier today in Uyo. The result will not change anything for both countries. However, after Nigeria failed to qualify for two consecutive AFCON, Rohr’s main task is to save NFF President, Amaju Pinnick from the unenviable record of having led a federation that failed to qualify Nigeria for not only two AFCON but a World Cup, as Nigeria faces an uphill task of qualifying from a group of more prepared nations like Algeria, Cameroun and Zambia. Kunle Adewale reports

When the draws for the qualifying matches of the 2018 World Cup slated for Russia were made and Nigeria was pitched alongside Algeria, Cameroun and Zambia, many soccer-loving Nigerians were pessimistic of the country’s ability to hoist her flag in Russia. This is not because Nigeria lacks quality players to navigate the qualifiers but the ill-preparedness of the football governing body in Nigeria.

Even the NFF boss in an interview admitted that the country boasts of some of the youngest best talents in world football, and that the Super Eagles feared no foe in the quest to book a place in the 2018 World Cup in Russia.

“Nigeria has the youngest and the most enterprising team in world today. Today’s world is youth football, players between the ages of 18 and 21,” he said.

But the big question is, does the NFF itself possess the ability to turn these talents into a formidable team? Only time will tell.

However, after all the hullabaloo that surrounded the search for a new manager for the senior national team, the NFF penultimate week finally settled for 63-year-old German Gernot Rohr, whose major challenge is getting the ticket to the 2018 Mundial in Russia.

“We do not want to make any mistake this time around. Even if we are in a group that has Algeria and Egypt, we would still qualify. We don’t care who is in our group. Other countries should be scared of Nigeria now because of the quality of the new team we are presenting. One thing I can assure Nigerians is that whichever decision we arrived at eventually would be in the best interest of the country without any bias,” Pinnick had said during the federation’s quest for a coach and before the draws were made.

In a telephone chat with former Nigeria international, Mutiu Adepoju, he admitted that Rohr may not be one of the best coaches in the world but thinks he was right for the job considering the little time the federation had to employ a new coach.

“If we are thinking of bringing the best coach for Nigeria at this time, we would just be going round and round. I just believe Rohr is the right person we can get now and I think he would do a great job for the team considering the way he has related with them, his intelligence and the working ethics he has brought.

“His first priority for now should be how to bring the players together, especially with the match coming on Saturday (today) in Uyo; how to get the positives from it- which is noting down the players that would suit his style; bringing in his quality, work ethics and philosophy and introducing it to the players. Immediately after the game against Tanzania, is the first World Cup qualifiers and he has the responsibility to get the players united,” Adepoju said.

In spite of not getting a coach on time for the national team, which no doubt has set behind the team’s preparation, ‘Headmaster’ as Adepoju, is fondly called, said Rohr could still book a World Cup ticked for Nigeria.

“Nothing is impossible; we just have to be optimistic. All he needs from us is our support because questioning and criticising would only amount to distraction for the team, which is what they don’t need now,” he noted.

Nigeria’s preparation to the 2018 Mundial qualifiers was hindered by the quest for a coach after erstwhile coach, Sunday Oliseh unceremoniously threw in the towel before the all-important encounter against Egypt for the last matches of the 2017 AFCON qualifier slated for Gabon. In an attempt to fill the gap left by Oliseh, the NFF had been at a crossroads before finally settling for the German.

Another thing that may not work in favour of the former German international is that while other Eagles foes in the qualifiers can take advantage of the AFCON in January, to keep their team in shape, Rohr cannot boast of such as he would have to depend on training and possibly warm-up matches (if the federation can afford one, considering its usual complaint of ‘NFF lean purse’).

Interestingly, considering the insincerity of the NFF in the past, Rohr is starting his job on a precautionary note.

The coach, a former development officer with German Football Association (DFB), has lodged copies of his contract with the international football governing body, FIFA and the German Embassy in Abuja.

THISDAY understood that Rohr complied with advice of his agents by domiciling copies of his contract with the German Embassy in Abuja and the international football governing body’s headquarters in Zurich.

The move is seen by many as a safety net that will guarantee his interests by making a third party, notably FIFA, to intervene in the future if he is embroiled in unresolved contract disputes with the notorious Nigerian federation.

NFF is famed for causing high profile feuds with coaches it engages over matters concerning breaches of contracts.

The NFF and its immediate past national coach, Sunday Oliseh, still occasionally trade tirades about allegations bothering on outstanding salaries to the former international midfielder and his assistants.

At the time they died in June, both Stephen Keshi and Shaibu Amodu, were still owed by NFF for services rendered as national coach and technical director of the federation respectively.

Rohr is understood to be employed on $48,000 per month salary and will aim to make an immediate impact when Nigeria tackles Tanzania in Uyo today, in an Africa Cup of Nations fixture that amounts to a mere window dressing.

In 1996, he managed Girodins Bordeaux to the UEFA Cup final, where they lost to Bayern Munich and and between 1998 and 1999, he was sports director of Eintracht Frankfurt.

His other past managerial jobs include French club Nantes and Nice, Young Boys Berne in Switzerland, the Tunisian club Etoile du Sahel and the national teams of Gabon and Niger.

Rohr took Gabon to the quarter-finals of the 2012 Nations Cup on home soil and also managed Niger at the 2013 edition but failed to get them out of the group stage. Before leaving Burkina Faso, he led the Stallions into the final round of the 2018 World Cup qualifiers.

The NFF’s technical committee recommended Rohr after the federation failed to reach an agreement with Paul Le Guen in June.

“I am enthusiastic to get to work. This is a big challenge because Nigeria has big players everywhere and has the ability to do well internationally. I have a German heart – the heart of a winner. I have confidence that with the right atmosphere and the right support, the Super Eagles have the capacity not only to qualify for the World Cup, but get to the latter stages of the competition,” Rohr had told the NFF website.

Ahmed Yusuf Fresh, vice chairman of the NFF’s committee, had explained their recommendation thus: “The committee was impressed with Mr. Rohr’s profile and current activities for the German Football Federation (DFB).

“He was very positive, showed great interest in the job and is ready and willing to live in Nigeria. He is also willing to work with indigenous Nigerian coaches and with the committee, and believes the Super Eagles can qualify for the 2018 FIFA World Cup, which is very important to the NFF. He swayed the committee with his calmness, good knowledge of the African terrain, focus and maturity.”

The football federation signed Rohr on a two-year deal to work as a technical adviser.

How well Rohr is able to save Pinnick’s face by qualifying Nigeria to the 2018 World Cup remains to be seen. 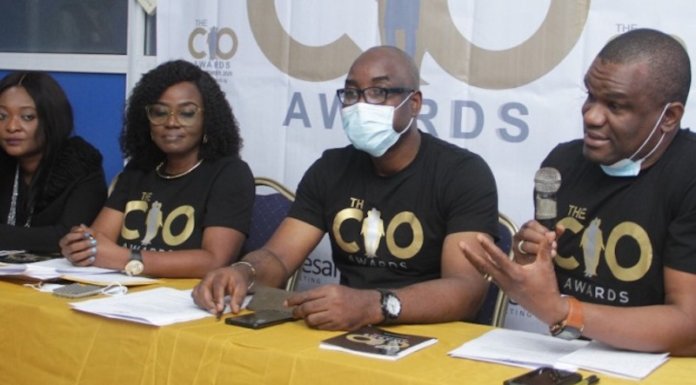