Chief Executive Officer of Nedcomoaks Limited, Mr. Kennedy Okonkwo, on Saturday urged Nigerian youths to stop depending on government, saying that it is killing their potentials.

Okonkwo, who stated this yesterday during the unveiling of Victoria Crest Estate 1, one of his newly constructed estates in Lafiaji area of Lagos, said he resigned his job at Amazon Energy after he lost a mega contract.

Fear of the unknown is no doubt, what is seriously affecting the potential of the youths because they are scared of taking risk. According to him, the youths must learn how to take risk, think and create something for themselves.

Okonkwo, who incorporated his own company Nedcomoaks, a property development company eight years, said he started with build, operate and transfer at the Oniru area of Lekki and later moved on to the Lekki Phase I area. He later ventured into property development proper, doing the design, build and sell from Majek in Bashorun area of Lagos State.

He believes that his real estate company since inception in 2008 has met the housing needs of many Nigerians through provision of affordable and quality housing in different parts of Lagos State.

“We can meet housing needs effectively when there is finance. When developers have financing, they can assist government in providing housing for many people in Nigeria. When government gives additional incentives to developers in term of land, it will help developers to build more housing units for people in different parts of the country.”

Further, Okonkwo said “government needs to rise up to its responsibility to ensure that financing is made available to developers. Government need to partner notable and qualified developers to make sure that land is made ready available for them to build and also build infrastructure like roads. When people have more roads made available, developers can go to different areas in satellite towns and government will take accolades for it.

“We have been able to create employment directly and indirectly for over 2,000 Nigerians in different areas and places we build. That constitutes most of our achievements. When people have employment, security, menace and crimes will reduce because people are employed. We have also been able to achieve developing communities because we have built roads and houses in many communities.”

Speaking on the newly unveiled project, Okonkwo said the actual construction of the Victoria Crest I commenced in July 2015 and it took about 9-10months before they started to deliver the project.

According to him, the unveiling was supposed to take place in July 2016, but for the rains, it was moved to August 6, thus even as it was unveiled some subscribers have lived between 1 and 3 months in some of the properties.

He said: “Records have it that countries go into recession after elections especially in Africa, and it usually takes the government a while to balance things. This however leads to companies folding up as a result of the economic instability”.

He also informed the audience of their Ikoyi services consisting of 22 units of luxury flats on the Banana Island road and the Irvan Terrace at Osborne. He as well informed subscribers on the promo they stand to benefit from referrals on the Ikoyi projects, which stands at 3 per cent of the property value.

Earlier in his opening speech, the chairman of the occasion, Mr. Akin Akinfenwa thanked Nedcom Oaks for the honour given to him. He also commended Nedcom Oaks for helping to develop a new area as well as solving the housing deficits that is in Lagos State and Nigeria at large. He however encouraged the company to keep up the good work. 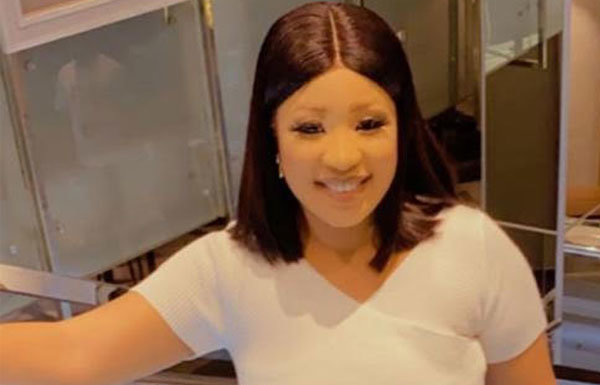