Ejiofor Alike
The Managing Director and Chief Executive Officer of Seplat Petroleum Development Company Plc, Mr. Austin Avuru, has stated that the crisis in the Niger Delta has interrupted a major transformation  of the Nigeria’s oil and gas industry, which was initiated a few years ago to increase  oil and gas production for the attainment of  15,000 megawatts of electricity and also boost economic development of Nigeria.

While the Seplat boss said the real solution to the crisis was not yet in sight, the Chairman and Managing Director of Chevron Nigeria Limited, Mr. Clay Neff said transparency by all the stakeholders could resolve the security challenges in the oil-producing region.

Speaking yesterday in Lagos at the opening  session of the 2016 Nigeria Annual International Conference and Ehibition (NAICE) of the Society of Petroleum Engineers (SPE), Avuru stated that the crisis in the oil-producing region has locked in 70 per cent of oil and gas production from the traditional onshore and shallow water terrain.

Avuru, who said he was hopeful that oil and gas production would fire up by 2020, however added that he was not aware of any real solution to the Niger Delta crisis in the nearest future.

“A year ago, we were battling with the drop in crude oil prices. Today, we are battling with zero production; zero revenue and zero everything. For upwards of five to six months, some companies operating in Nigeria have not been producing. Some of us no longer check the oil price; it has become irrelevant. Oil price is only relevant when you produce,” he explained.

Avuru said the oil and gas industry was undergoing a major transformation a couple of years ago to increase domestic consumption of gas from less than 300 million standard cubic feet per day (MMSCF/D) to 3 billion cubic feet per day.

“We said this industry in Nigeria must move away from just being a primary revenue earner for the federal government to being an enabler for economic development. We had said that this industry will move away from domestic consumption of less than 300 mmscf/d of gas to 3 bcf and in the process, energise companies like Dangote to become net exporter of cement and fertiliser; in the process deliver 15,000MW of electricity and all its multiplier effects. That is the journey that the industry had started few years ago.

This journey unfortunately today is being interrupted by forces that you and I have looked at how we can combat them. The crisis in the Niger Delta hasd taken a new turn that must worry all of us because when we don’t produce, our companies are destroyed; jobs are destroyed; and the economy is destroyed. This whole transformation that I described is interrupted rudely. Unfortunately, I do not know if there is any real solution in the horizon,” Avuru said.

The Seplat boss, whose company is listed on both the Nigerian and London Stock Exchange , however, said he was hopeful that by 2020, the country’s production of oil and gas would fire the economy.

Also speaking at the conference with the theme: “Transparency in the Oil and Gas Business: An Imperative for Energy Security and Stability”, Neff, who spoke on behalf of the Oil Producers Trade Section (OPTS) of the Lagos Chamber of Commerce and Industry, said transparency by all the stakeholders would solve the challenges of insecurity in the Niger Delta and the collapse of oil prices.

According to him, the industry and relevant agencies should share data and ensure effective collaboration.
“We believe that transparency can effectively tackle these challenges for the benefit of all the stakeholders,” Neff added. 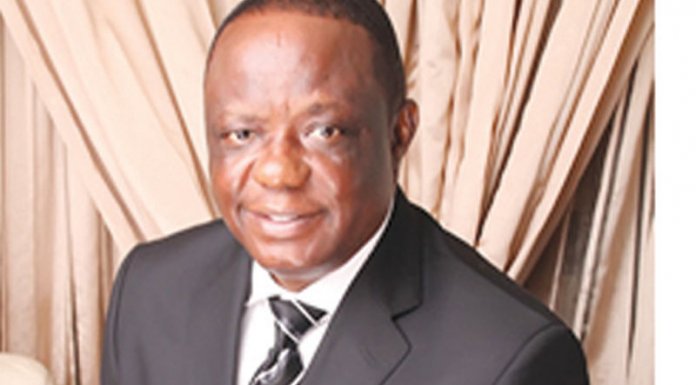