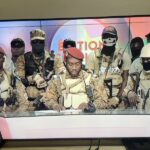 Rivers State Governor, Nyesom Wike, has stated that the state government would sincerely implement the resolutions of the peace meeting brokered by the police and the Department of State Services (DSS) for the peaceful conduct of rerun elections in the state.

The governor declared that he willingly participated at the peace meeting convened by the Inspector-General of Police and the Director General of DSS because of his commitment to peace and the need to make sacrifices for the development of the state.
Addressing PDP faithful at the Rivers West senatorial district rally in Degema on yesterday, Wike stated the people of the state must be allowed to elect representatives of their choice at the national and state assemblies.

He said: “I was at the peace meeting because we love peace and want the state to move forward. I signed an undertaking on your behalf that we are prepared for the Independent National Electoral Commission (INEC) to organise credible, free and fair elections.
“It is not in our position to have crisis because we are the ones losing,” he said.
He noted that the Rivers State Government will partner security agencies to ensure that peaceful elections hold in the state. He said those who want the state to burn the state would be disappointed.

Wike expressed sadness that some politicians were celebrating that the elections were postponed, saying that his commitment that Rivers State should have representatives at the National Assembly is because the people of the state have been shut out on the deliberation of the Petroleum Industry Bill and other legislations.

“Nigerians know, the world knows that Rivers State is PDP. So shall it be forever,” he said.
Meanwhile, the Rivers State chapter of Inter-party Advisory Council (IPAC) has said it rejects the postponement of the re-run elections in the state.

Addressing journalists in Port Harcourt yesterday, the state Chairman of IPAC, Felix Obuah, called on INEC to go ahead with the earlier scheduled date of July 30 for the elections.

His text read:, “We, members of registered political parties under the aegis of Rivers State Inter-Party Advisory Council (IPAC) have just received but with grave disappointment the news of the suspension of the re-run elections in the State scheduled to hold Saturday, July 30, 2016.
“It’s indeed shocking that the Independent National Electoral Commission, INEC, could arbitrarily suspend the elections without consulting the concerned political parties and inundating us as to why the elections should not go on as planned.

“This is suspicious and clearly shows that Nigeria’s Democracy is on trial by an electoral body that ought to be an unbiased umpire.”

He disputed INEC’s claim of violence and insecurity as reasons for putting off the elections.
“There is no gainsaying the fact that the State has been relatively peaceful, with the residents carrying on with their businesses across the State lawfully and without any incidence of skirmishes in any part of the State as erroneously alleged.

“Compared to other states where elections and re-run elections have taken place also conducted by same INEC, Rivers State can safely be described as a haven mainly due to the efforts of the State government in providing logistic support to the security agencies for maintenance of law and order. Security concerns are a national and indeed, universal phenomenon and not peculiar to Rivers State.

“To therefore anchor on, or hide under security concerns to postpone elections long prepared for, for almost a year now is to say the least, a blatant lie and deceptive,” he stated.
He called on INEC to reverse itself and go ahead with elections on Saturday.
“We, members of the Inter-Party Advisory Council (IPAC),

Rivers State hereby condemn in its entirety the unilateral suspension of the July 30 re-run elections in the State by the INEC.

“We also make bold to say that we are very ready and most prepared for the elections because we have worked hard to prove to the people that we are capable and remain their best choice to pilot their affairs which are self-evident.

“We therefore urge the INEC to reverse itself and go ahead to conduct the elections it had so much promised and announced its readiness to do so,” Obuah said.