The campaign rally of the Peoples Democratic Party (PDP) governorship candidate in Edo State, Pastor Osagie Ize-Iyamu, to be held in Egor Local Government Area of the state was nearly aborted yesterday after the state government allegedly cancelled the approval earlier given for the usage of a Olua Primary School as venue of the rally.

Organisers of the rally were said to have put in place logistics and materials needed for the rally such as canopies, chairs, stage and sound system only to received words from authorities of the school that they had been directed to cancel the approval earlier given for the usage of the school field for the rally.

In a message sent to journalists in Benin last Tuesday night, the state Publicity Secretary of the PDP, Chris Nehikhare, said: “The Egor rally that was to hold at Olua Primary School on July 27, will now hold at Timber Shed along Uselu/Lagos Road. Oshiomhole told them not to allow PDP use the primary school which is a public property.”

Nehikhare said the Edo State Government has continued to deny the PDP the use of public places in the state for campaigns, recalling that the PDP was denied the use of Samuel Ogbemudia Stadium for its campaign flag-off early this month, while the All Progressives Congress (APC) has been using public schools for its campaign.

When contacted, Edo State Commissioner for Information, Prince Kassim Afegbua, said he was not aware of the development, adding that the state government would not have stopped the PDP from using the school since they were allowed the use of Samuel Ogbemudia Stadium during their party primary election.

“There are procedures for securing public places for events. If they fulfill the requirements, nobody will stop them. We are, however, conscious of campaigns when schools are in session. If the schools were not renovated, will they go there to campaign?”
Meanwhile, the Peoples Democratic Party (PDP) governorship candidate in the state, Ize-Iyamu, has promised to ensure that local government areas in the state are granted autonomy to enable them perform their constitutional responsibilities.

Ize-Iyamu stated this while campaigning in Uselu, headquarters of Egor Local Government Area, just as he insisted that the financial crisis facing local government areas in the state was as a result of tampering of their funds from the federation account by the government of Governor Adams Oshiomhole.

While remarking that Egor council was bereft of social amenities such as good roads, schools, potable waters among others, he assured them that his government would build primary healthcare centres, promote tourism and industries, employ teachers and pay bursary and scholarships to students.

Also speaking at the rally, a former APC governorship aspirant, Don Pedro Obaseki, said his decision to support Ize-Iyamu was borne out of his conviction that he is the only candidate that has the ability to provide democratic dividends to the people of the state.
“Godwin Obaseki cannot speak for the Benin people. We need a governor who will not be flying Dangote’s jet. If you vote for Godwin Obaseki or the APC, you will be voting for the hand of Esau and voice of Jacob.
Earlier at his palace, the Benin Crown Prince, Eheneden Erediauwa, advised politicians not to heat up the polity, saying they should play politics without bitterness. 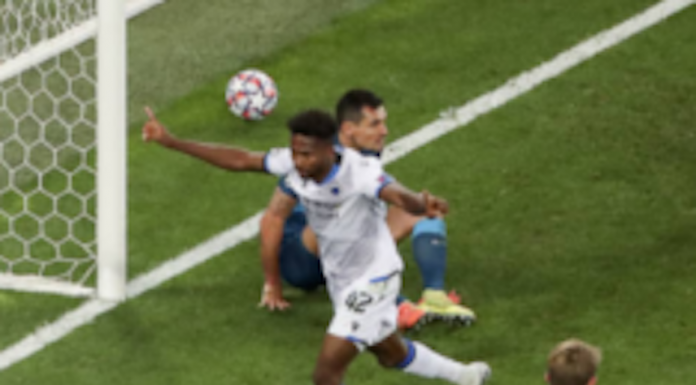