Fidelity Bank Plc has disclosed that it was recently adjudged the “Best Green Partner 2015” by the Lagos State Government at the recently concluded 2016 Tree Planting Day.

The organisers of the event said Fidelity Bank was given the award in recognition of its contributions towards the protection and improvement of the environment.

A statement quoted organisers of the event to have said the bank showed relentless support for initiatives aimed at identifying and promoting the preservation, protection and beautification of the environment.

“Fidelity Bank works in collaboration with public institutions – state and local governments – to create and maintain green parks in chosen locations. The beautification of the Falomo Roundabout in Lagos State, in partnership with the Lagos State Government, is a typical example of what the Bank seeks to achieve in this area,” he said.

While promising to work with the State to create and maintain green parks in chosen locations Okonkwo noted that the bank has successfully executed several beautification projects across the country.
Some of these projects included Onikan, Milverton, Dopemu and Matori Roundabouts in Lagos State; RSUT in Rivers State, Rangers Avenue junction in Enugu State, Mbaise Road in Owerri, Imo State, Abia Towers in Umuahia, KrikaSama Roundabout in Maiduguri, Borno State amongst others.

In his keynote address themed, “Lend a Hand to Save Trees”, Governor of Lagos State, Akinwunmi Ambode, noted that planting of trees was crucial for the environment as trees provide oxygen, helps conserve energy, saves water, and prevents erosion among others.

He disclosed that the state plans to plant 10 million trees by 2020. The Governor who was represented by the Secretary to the State Government (SSG), Tunji Bello commended Fidelity for initiating the drive for a greener environment. 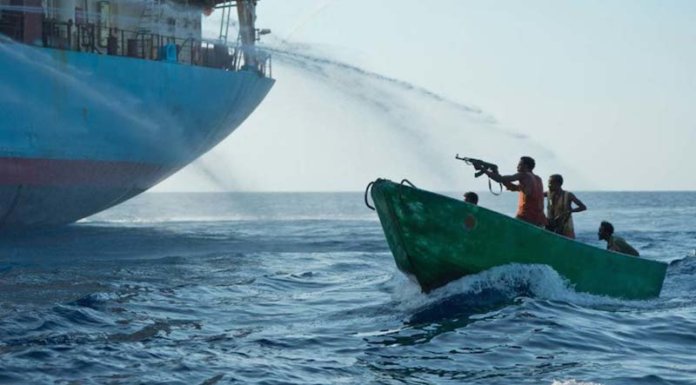 One killed, 15 Abducted in Pirates’ Attack Off Nigerian Waters