Buhari who boarded the train from its Idu Station to Kubwa Station, Abuja accompanied by the Minister of Transportation, Rotimi Amaechi, the Governor of Kaduna State, Nasir el Rufai, the President of the Senate, Bukola Saraki, and the Minister of the Federal Capital Territory (FCT), Mohammed Bello, among other captains of industry, said the Abuja-Kaduna rail passengers and freight railway is the first standard line to be constructed in the country.

Promising that other modern railway under construction, including the Lagos-Calabar and Lagos-Kano railways would be speedily completed, the President said he was pleased to have completed the project started by his predecessors.

“This project was conceived by a previous administration, started by the last government and I am pleased to complete and commission it,” he said, adding that the new rail lines would facilitate a faster movement of goods and services between the two major cities of Kaduna and Abuja.

President Buhari said the unveiling of the Kaduna- Abuja railway exemplified the vision of his administration to restore railways as a more effective and efficient mode of transportation, particularly for the movement of agricultural produce and manufactured goods.

“The Completion and Commissioning of this project is indeed in keeping with our vision of bringing about the desired change to make life easier for the generality of Nigerians through the development and provision of the necessary social and physical infrastructure,” he said.

“It is on record that between 1963 and early ‘80s, Nigeria had a vibrant rail system which conveyed agricultural and livestock and solid mineral resources to Lagos and Port Harcourt sea ports from where they are exported to other parts of the world,” he said, emphasising that his administration was poised to take maximum advantage of the restoration of this mode of transportation.

He said: “The construction of the Abuja-Kaduna standard gauge rail track commenced in 2009 and happily, sixteen years after, we are on the threshold of presenting to Nigerians a standard gauge railway train service that will be safe, fast and reliable.”

Buhari commended Amaechi and his team for completing the project within a short period of time even as he assured Nigerians that many state capitals and major commercial and production centres would be linked with railway system as a way of bringing about rapid socio-economic development and improving the quality of life of the Nigerians.

“I wish to also reassure Nigerians that due attention will be placed on pursuing the 25 year strategic railway master plan which is aimed at rehabilitating the existing 3,505km narrow gauge rail line and developing and constructing new standard gauge rail lines across the country,” the President said.

Buhari reiterated his administration’scommitment to pursue with greater vigour and determination the rehabilitation and construction of other rail lines including the major Lagos-Calabar and Kano-Lagos lines.
In a brief remark, Amaechi, said the commencement of the rail service would impact on the lives of Nigerians residing within the FCT and Kaduna State, adding that agricultural products could now be cheaply conveyed from Kaduna to Abuja down to the South.

The minister expressed gratitude to the Chinese government, the China-EXIM Bank and the Minister of Finance, Mrs. Kemi Adeosun, for their financial support and fulfilment of their responsibility as directed by the president.

In his comments, President of the Senate Saraki said the Senate had passed the Nigerian Railway Bill that would allow state governments to construct rail lines.
He said: “Last week, we had in the Senate, passed a new Nigerian Railway Bill. Also in the National Assembly, we are in preparation for the constitution amendment that would move railway from the exclusive list to the concurrent list, which will also allow states such as Lagos and particularly Kaduna to also embark on this kind of project.”

editor - January 17, 2021 4:26 am
5
SIMONKOLAWOLELIVE! BY SIMON KOLAWOLE If I’m honest, there has not been much to cheer about Nigeria in recent times. As someone who always tries to... 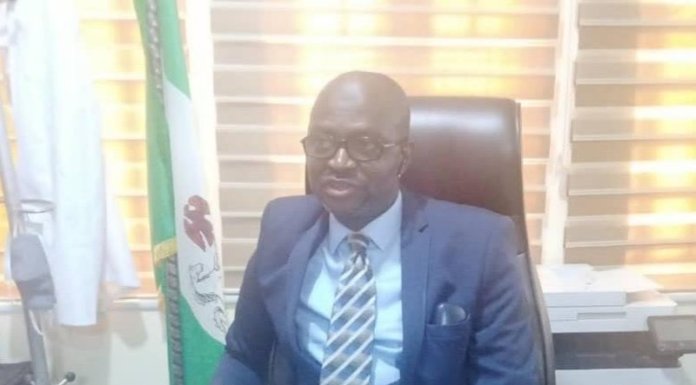