In a milestone court judgement, Justice Idris Abubakar of the Federal High Court in Lagos, annulled the electricity rates used for supply of electricity to consumers by the 11 electricity distribution companies (Discos), saying it was illegal and should not have been approved by the Nigerian Electricity Regulatory Commission (NERC). Chineme Okafor writes on what this means to stakeholders

Two weeks ago, a Federal High Court in Lagos ruled that the recent upward review of electricity tariff by the Nigerian Electricity Regulation Commission (NERC) was illegal and should not stand.

The trial judge, Idris Abubakar, subsequently directed a reversal to the status quo, and restrained NERC from further increasing electricity rates in the country without complying with the provisions of the Electric Power Sector Reform Act 2005, which empowers NERC to make laws and orders fit for the operations of Nigeria’s electricity market.

In passing its judgment against the tariff, the court had granted a lawyer and rights activist, Mr. Toluwani Adebiyi, his request that NERC should not approve new tariff for electricity Discos without ensuring commensurate improvement in electricity supply.

Adebiyi had in 2015 instituted a legal action against NERC’s approval of new tariff regime for the Discos. He filed the suit believing that it was illegal and dishonest of NERC to effect a hike in electricity tariff when power supply in the country was abysmal.

He reportedly took out the court action to push the regulator to act as a fair and balanced umpire in electricity transactional relationships between consumers and Discos. Adebiyi like most Nigerians wanted improvement in power supply to them before tariff increment.

He, thus, sought an order restraining NERC from implementing any upward review of tariff without a significant improvement in power supply, and prayed the court to restrain NERC from foisting compulsory service levies on the use of pre-paid meters until they are designed to read charges per second of consumption.

His action and victory were lauded by consumers but not NERC and the Discos who insisted the court judgment was overkill and a huge threat to investment in the power sector.

Both have since obtained a legal stay of execution on the judgment. They have also appealed against it insisting that the judgment was a major setback on the progress made so far in the privatised power market.

Specifically, NERC, which said it was studying the judgment to make a spirited defence of its action when it takes to the court again, described it as a reversal of the commercial foundation of power contracts which the country entered with investors in the sector when it privatised in 2013.

Stating that the basis for age-long poor electricity supply in Nigeria was because of poor investments to upgrade critical assets and expand generation, transmission and distribution capacities, NERC said it was for these reasons that such cost reflective tariff was introduced.

It said critical investments were needed to improve power supply in Nigeria and that the government cannot provide such pool of funds demanded to make the improvement, hence the privatisation and provision of cost-efficient tariff which Adebiyi contested against and won at the High Court.

According to the acting Chairman of NERC, Dr. Anthony Akah, the judgment had more in losses than profit to Nigerian electricity consumers. Akah said the ultimate destination of the power privatisation policy of the government was to ensure stability in power supply. He however noted that such stability would be guaranteed by continuous addition in the capacities of the sector at its various endpoints of generation, transmission and distribution.

These additions, he noted, warrant that consumers pay commensurate rates for the volume of electricity they consume. Akah equally said, the regulator, in approving the cost-reflective tariff, had put in place mechanisms to protect consumers from exploitation.

“This judgement in our view is a setback to the progress made so far in the electricity sector. Therefore, we will challenge this decision. We have instructed our lawyer to appeal. Consequently, the commission has filed for stay of execution and a notice of appeal of the judgement,” said Akah.

He further said: “We understand that private power production and distribution are relatively new in Nigeria and that development such as this court ruling must be seen in that context as the laws begin to face judicial tests of interpretations.

“We believe that ultimately, everybody and all institutions will come to better understanding of the values of the choice we have made as a nation to privatise the power sector.”

“It (judgment) represents the reversal of the commercial foundation upon which contracts for gas, hydro, coal and solar feedstock for the production of electricity have been predicated.

“The ultimate destination of a commercialised electricity market is to achieve stability and adequacy in the supply of electricity to satisfy the yearning of Nigerians for adequate, safe and reliable electricity supply, the judgement would set back the sector’s achievement of these,” the acting chairman added.

He denied that the regulator was in romance with the operators to fleece consumers, saying that subject to each stakeholders group playing their roles, there are service level agreements the operators had signed with the government and from which key performance indicators were expected.

The regulator’s views were further buttressed by the Discos, who insisted that the judgement was not in the interest of the sector and Nigerians.

Citing the poor state of electricity supply in the country before they took over operations in 2013, the 11 Discos said Nigerians would have to choose between working with them to improve the system for their benefits, and going back to darkness which they said has always being the case.

Through their association, the Association of Nigeria’s Electricity Distributors (ANED), they stated that the 2015 tariff which the law court disbanded was not even sufficiently cost reflective, and that they still have difficulties operating to meet the demands of consumers in their networks.

They explained that public electricity services in the country would have to be priced appropriately for steady investments and improvements to be recorded, and that anything other than that would amount to nothing.

The Executive Director of ANED, Mr. Sunday Oduntan, also alleged that NERC knew that the 2015 tariff was inadequate to attract investment in the sector because it was not absolutely cost reflective.

He said NERC and the government have for more than two years failed to live up to the agreement it reached with the Discos that a cost-reflective tariff will be allowed in the sector to attract investments into it.

He noted that good financial inflows were required to continue to improve the sector’s capacities but that a reversal in the tariff would deny the sector of such inflows and cut back its expansion plans.

Oduntan also said Nigerians who used electricity without paying, or steal power from their networks through meter by-pass; vandalism of assets; and beating up of operator’s staff were not fair to the Discos and sectors. He explained that the Discos can only distribute available electricity to their consumers.

“If we continue, darkness looms, if we can change we can increase the power supply. We can progress gradually from incremental to stable to uninterrupted power supply, but we can’t achieve this without the cooperation of everybody.

He further stated: “Part of the agreement at pre-privatisation was that appropriate tariff will be given. The problem we have had ever since is that two and half years down the line the government did not fulfil their pledge. They did not keep their side of the agreement and that has affected us.”

“On the 1st of November 2013, we were supposed to have an average of N24 per kilowatt hour across board and all we had was N11 per kilowatt hour. Over that period till now, you are talking of a huge funding gap.

“Today the funding gap is over N300 billion and that shortfall somebody needs to pay for it. What we are saying in essence is that we need to ensure that the product is appropriately priced. The MYTO 2.0, 2.1 and 2.1 amended, NERC was just playing to the gallery.

“They knew they got it wrong when they started and everything they tried to do to get it right did not measure up, the funding gap continued. It was only the one they did on December 22, 2015 that measured up. But we couldn’t understand why they said it should commence on February 1, after they have left office.

“That also left January with another huge gap. We are asking that the product should be appropriately priced and it is the job of NERC to ensure that. We all know how much it cost to produce electricity. So, the shortfall keeps growing in the industry,” Oduntan explained.

He complained of chronic debt owed the Discos by recalcitrant consumers, saying, “We need a change of culture for people to learn to pay their bills instead of stealing energy. The MDAs, particularly the Nigerian military need to wake up and begin to have a culture of paying for what they consume. I am appealing to them to pay, if people don’t pay for the product we can never have electricity in this country.”

Irrespective of the reasons adduced by both NERC and the Discos to support the tariff increase and spurn the court judgement, electricity consumers in the country feel otherwise.

The Nigeria Labour Congress (NLC), which represents the country’s working class said, in its reaction to the court judgement, that it was a comfortable development. NLC had in the past protested against the tariff increment, saying that it was not in the interest of workers and Nigerians.

Other consumer groups like the Manufacturers’ Association of Nigeria (MAN), which is one of the biggest energy users in the country, have also voiced their support for the judgement on the premise that it represented their earlier complaints that it was too heavy and unfriendly to their operations.

NLC’s president, Ayuba Wabba, said it was a courageous judgment the congress was pleased with. He said it was a breather for Nigerians against exploitation by the Discos.

The congress also requested the regulator and operators to observe all the conditions precedent in the sales agreement with the government before increasing rates, thus questioning the Discos’ claims that the reversal would cut back their funding and expansion plans. 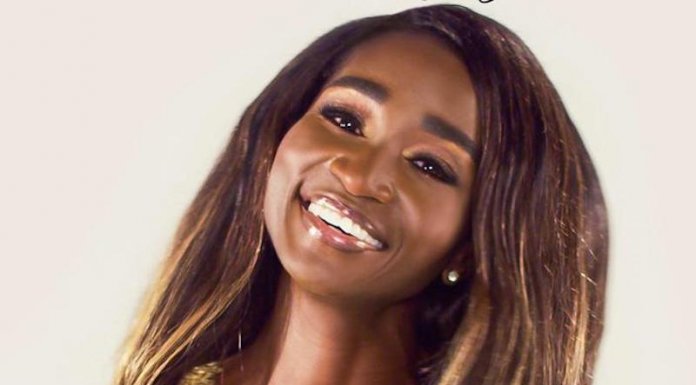