Pro-democracy groups, the South-East Democratic Coalition (SEDC) and the Abia Progressives Forum (APF) yesterday in Enugu vowed to mobilise the people of Abia state to occupy Government House, Umuahia, the State High Court,  and the Government Lodge, Aba should the Chief Judge of the state, Justice Theresa Uzoukwu fail to swear-in Dr Sampson Uchechukwu Ogah as the governor of the state within the next seven days.

Another  group under the aegis of Abia Youths Good Governance Advocacy urged the courts to hasten processes filed before them so as to determine the rightful person to enjoy the fruit of victory. They made the call in Lagos at a press briefing jointly addressed by its President, Dr. Chukwuemeka Nwaogu, Public Relation officer, Mr. Obisieike Nwachukwu, Mr. Emmanuel Ehigu and Mr. Nathaniel Umunna Abel respectively.

However, the Movement for the Actualisation of Sovereign State of Biafra, MASSOB says it had waded into the political with a hope to getting the parties involved to come to a compromise.

In a joint statement signed by the SEDC Coordinator, Dr. Maduka Okebanama and Secretary, Mr. Eunice Oke as well as the APF, President, Hon. Ndu Ahaiwe and Secretary, Okey Adibe and made available to newsmen in Enugu, the groups said the people of the state would be mobilised from all the 17 local government areas of the state to take part in the exercise.

They asked Dr Okezie Ikpeazu to immediately vacate the Government House “without further delay and face his tax case”, insisting that Ikpeazu ceased to be the governor from June 27 when the Federal High Court presided over by Justice Okon Abang ordered that Certificate of Return be issued to Dr Ogah.

The groups advised all the institutions including government, banks and other private sector operators still transacting any form of business with Abia state government under Ikpeazu to stop forthwith, noting that “such activities would remain null and void” in view of not just the court’s pronouncement and refusal to grant the request for Stay of Execution but also the presentation of Certificate of Return to Ogah by the Independent National Electoral Commission (INEC).

On the planned mass demonstration, the SEDC and APF reaffirmed that the state would be “totally shut down”, noting that “we cannot continue to keep quiet while impunity takes centre stage on our beloved state.

“Those who seek to serve the people must have respect for the rule of law; they must respect court’s pronouncements. They must obey the law. The court on June 27 made it clear that Okezie has ceased to be the governor and yet till today, the Governor-Elect is yet tobe sworn in. We cannot continue like this is indeed we want to one day be like other developed democracies in the world.

The mass demonstration we are going to carry out is basically to prevail on the relevant authorities to do the needful by ensuring that the duly elected governor of the state is sworn in without further delay.

“We are not telling anybody not to pursue his removal to the Supreme Court. What we are saying is that you cannot continue to occupy a position that is meant for another,” they noted, while expressing delight with the level of support they have so far received from Obingwa, Osisisoma, Ugwunagbo, Isiala Ngwa North, Isiala Ngwa South, Ukwa East and West councils of the state, the supposed home-base of the “outgoing governor”.

In a statement made available to the newsmen in Awka, the Anambra State capital yesterday, MASSOB said for peace to reign in the state, both parties must reach a truce.

The statement signed by the group’s director for social welfare/conflict resolution enjoined the warring parties in the state to sheathe their swords.

It maintained that it would mobilise stakeholders in the south east to address the issue in the state.

The statement read in part: “MASSOB will engage patriotic, credible and non-partisan Igbo leaders to assist in establishing a lasting peaceful atmosphere in Abia state.

“MASSOB will no longer tolerate the engagement or activities of hired thugs and youth / women groups to cause political tensions in Abia state, a Biafra territory again.

“MASSOB also blamed the South East leadership of PDP for keeping quite over this political time bomb in Abia State.

“The Movement for the Actualisation of the Sovereign State of Biafra as a major stakeholder in the affairs of Ndigbo sues for peace and harmony in the political game in Abia State.

“Having watched with keen interest and discerned with spiritual eyes, MASSOB advises and demands that Abia State must be at peace now in the spirit of Igbo brotherhood.”

It condemned the people it accused of fueling the crisis in the state, noting that only dialogue would solve the logjam in the state.

“MASSOB calls for dialogue and mutual understanding which Abia needs most now.  They want to destabilize and create artificial political tension in Igbo land.

“We can’t continue to expose and throw Igboland into the theatre of political war because of group or personal interest which creates an indirect opportunities for our enemies to rubbish the integrity and uniqueness of the Igbo.

” Since the beginning of this year more than enough blood has been shed in Igbo land, we don’t want another set of Igbo youths or elders to be killed on the altar of showing political supremacy in Abia state.

“For the sake of Abia state and the people, Okezie Ikpeazu and Uchechukwu Ogah must sheathe their swords now and embrace peace.

The Abia State advocacy group, which expressed its confidence in the Judiciary, said the call for accelerated hearing was necessary now giving the state of things in Abia State.

According to the group, the governorship tussle has created a situation of tension and unrest in the state and only quick decision of the Appellate Court on the matter can bring things back to normal.

“We have absolute confidence in the Judiciary of this country, we therefore appealed to the Court of Appeal to accelerate actions on the Abia State governorship tussle to avoid anarchy.

“We also appealed to the sitting governor, Dr. Ikpeazu to respect the rule of law and vacate the governorship position since his Certificate of Return has been withdrawn by INEC.

“We totally agree with him that he has a right of appeal, but pursuing his appeal as a sitting governor without Certificate of Return amounts to illegality and his refusal to vacate office for the governor-elect, Dr. Uche Ogah to be sworn in is creating tension and unrest in the state.

“It’s on this note that we are calling for urgent hearing and determination of the appeals and also advising the embattled governor to toe the path of honour by stepping aside and be a good example to the youths of Abia and the younger generations in general”, the group stated. 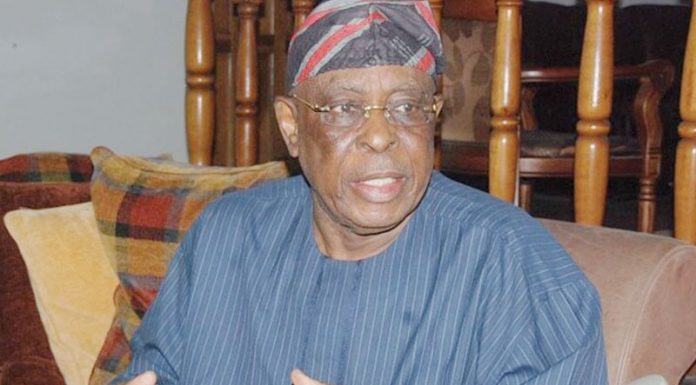 THE SECOND WAVE OF COVID-19