By December 2017, Africa will begin the full implementation of the Yamoussoukro Declaration on the liberalisation of Africa’s airspace for airlines on the continent. Chinedu Eze takes a look at the possibility or otherwise of Nigerian carriers to compete effectively with other regional operators

While the International Air Transport Association (IATA), the Africa Civil Aviation Commission (AFCAC), the International Civil Aviation Organisation (ICAO) see the gains in Africa opening its airspace for the region’s registered airlines to operate without immigration hindrances from one country to another, some countries in the continent seem to be apprehensive about the development.

The apprehension stems from the fact that some of these countries do not have major airlines that can compete effectively with others; they feel that other countries that have such airlines would take advantage of those that do not have. But comparatively Africa does not have major international carriers. The fleet of successful airlines like Ethiopian Airlines, South Africa Airways, EgyptAir and others in the continent when combined is less than the total number of aircraft in Emirates fleet.

In fact, IATA believes that it is when the Yamoussoukro Declaration (also known as Yamoussoukro Decision) (YD) is implemented that the region would be able to grow major carriers that would eventually dislodge mega airlines from Europe, the Middle East and the US from the continent.

According to IATA, the air transport industry in Africa already supports 6.8 million jobs and generates $72.5 billion of economic activity on the continent but this would more than double few years after the implementation of YD.

According to the World Bank, Africa is home to 12percent of the world’s people, but it accounts for less than one percent of the global air service market.

The World Bank said part of the reason for Africa’s under-served status, (according to published World Bank study, Open Skies for Africa – Implementing the Yamoussoukro Decision,) is that many African countries restrict their air services markets to protect the share held by state-owned air carriers.

The Bank explained that this practice originated in the early 1960s when many newly independent African states created national airlines, in part, to assert their status as nations.

“Now, however, most have recognised that the strict regulatory protection that sustains such carriers, has detrimental effects of air safety records, while also inflating air fares and dampening air traffic growth,” the World Bank said.

It noted that African ministers responsible for civil aviation themselves acknowledged this in 1999, when they adopted the Yamoussoukro Decision, named for the Ivorian city in which it was agreed. It commits its 44 signatory countries to deregulate air services, and promote regional air markets open to transnational competition.

It followed up on the Yamoussoukro Declaration of 1988, in which many of the same countries agreed to principles of air services liberalisation. In 2000, the Decision was endorsed by head of states and governments at the Organisation of African Unity (now African Union), and became fully binding in 2002.

Implementing YD means that a Nigerian airline can operate from Lagos to Lome and Lome to Dakar and to other destinations without visa and immigration restrictions and it is expected that this would boost intra continental trade and make more people travel in the continent. This is becoming a greater reality with the introduction of e-passport from African citizens by the African Union to herald visa free continent.

It is believed that if taken advantage of, YD will benefit Nigeria more because throughout Africa, Nigeria has the highest population of indigenous travellers, which continues to grow because of Nigerians penchant for international business, overseas studies and tourism. In addition, millions of Nigerians reside outside the country, in many parts of Africa, Europe, Asia, Americas and even Australia and New Zealand and they are always on the move. So Nigerian travellers are a huge market for the continent and they remain arguably the most mobile people in the continent.

But it is not few countries that are sceptical and almost antagonistic to the implementation of YD. but IATA believes that those who oppose YD would eventually embrace it when they realise the inherent and invaluable benefits in liberalised African airspace.

One of the critics to YD in Nigeria recently told THISDAY that national carriers in the continent which are getting the support of their governments like Ethiopian Airlines, South Africa Airways, Kenya Airways, EgyptAir, Air Maroc and others would take advantage of other upcoming airlines in the continent and dominate the market and thereby snuffing out the smaller and new operators.

“Look at Ethiopian Airlines for example, they do not pay landing charges, parking charges, VAT, all kinds of charges because they are fully supported by their government. But in Nigeria we pay all these things and that is why surviving is difficult here. We need government’s support for us to compete with these airlines. There is aviation fuel scarcity all the time and whenever it is available the prices is relatively very high. Its scarcity disrupts flight operations and its high prices increases the cost of operation and that is why it is very difficult to operate profitably in Nigeria,” a major airline operator told THISDAY.

An industry stakeholder and deputy managing director of a major carrier in Nigeria said the open sky for Africa plan is good and recalled that it was introduced by the United States, which over the years had well developed aviation industry, but noted that the industry is still relatively young in Africa.

He said at a level playing field open sky is good where everybody has equal opportunities, but the lope-sided reality of African airlines, where most of them are still operating on the fringe, would be difficult to successfully implement the open sky policy.

He also remarked that open skies for Africa might not even encourage competition, which should be one of its cardinal objectives.

“If you are going to do open sky, you must define ownership of airlines so that we will know that; yes; this airline is owned by the state, it is promoted and subsidized by government. We have over 175 million people in Nigeria. If 10 percent are travelling; that is 17 million people. This may be the population of one country in Africa. So if you look at that and a country decides to target this market, then they could subsidise an airline and then go there to go and capture that market,” he said.

Taking a cue from the view of the above stakeholder, it could be recalled recently that South Africa President, Jacob Zuma promised that whatever it takes his government would ensure that South Africa Airways continues to operate as a national carrier despite its debts and other operational challenges. Travel expert, Ikechi Uko explained why.

“I was at an event moderated by Richard Quest and he said every airline in the world is making money why is South African Airway losing money? And the South African man just gave him a simple answer.

“He explained that they are at the bottom of the world and there is no way flying out of South Africa would be very profitable for all airlines. And if they are to depend on profitability for airlines to fly to South Africa they might get isolated. So the government knows that it is aviation that drives trade and tourism, so the government will prefer to lose money in the airline then gain money by trade and by tourism. And that is how a national airline is supposed to operate. So our government should look at it this way; that these airlines are important to our country, that without these airlines our country can’t trade and can’t do tourism. So let’s put an airline there and lose money but we get benefits.”

Contrary to the countries and airlines that expressed misgivings about the implementation of YD, CEO of Ethiopian Airlines, Tewolde Gebremariam, once noted to THISDAY that African operators do not see the big picture in the liberalisation of Africa’s airspace, noting that the implementation of YD will make small airlines big operators in the region and would now be able to compete effectively with international carriers.

“You remember in West Africa, before we established an airline called Asky, the only way to travel from Ivory Coast to Togo was through Paris. This is an embarrassment for all of us in Africa. Why should we fly first to Paris before visiting our neighbours next door? This has to stop and the only way it can stop and save our brothers and sisters the hardship of travelling to north and back to south is to open the markets in Africa. Today the 60 per cent market that we had in intercontinental traffic that we had 20 years ago is down to 20 per cent, taken over by European carriers.”

Gebremariam believes that liberalised African airspace is the solution to the development of air transport in Africa. Many aviators believe that implementation of YD would boost trade in Africa and instead of travelling to Europe, Asia and the US, Africans would trade more with themselves which would boost the strength of their currencies and create employment for more people, forcing international companies to establish manufacturing concerns in the continent. Above all, they believe that it would also boost air transport in the continent.

Industry observers say that there is no need fighting against the implementation of YD, which Nigeria is one of the first 22 countries that have accepted to implement the policy in 2017, but what the Nigerian government should do is to support Nigerian carriers to benefit hugely from the liberalised African airspace.

“Even if the Nigerian government intends to establish its own national airline, it must give support to other Nigerian carriers by making aviation fuel available at cheaper prices, reviewing downwards the aeronautical charges and other taxes and also give diplomatic support to these airlines, which have kept the Nigerian flag flying over these years,” a source told THISDAY.

editor - September 27, 2020 4:02 am
29
SIMON KOLAWOLE BY  (SIMONKOLAWOLELIVE!) We often tell ourselves a lot of beautiful lies in Nigeria. One of my favourite is the saying: “This is not... 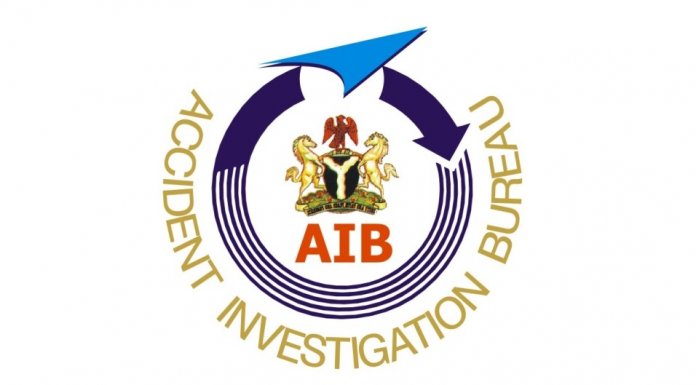