With the intellectual dimension introduced to the experiential platform –Fuji T’o Bam, promoters of Goldberg Lager Beer, from the stable of Nigerian Breweries, are set to deepen their relationship with the patrons of the beer brand in the South-west of Nigeria. Raheem Akingbolu reports

Savvy brand builders are always eager to come out with strategies that can connect consumers and rub on the bottom lines of their businesses. Few years ago, Nigeria Breweries initiated what was tagged ‘Fuji T’o Bam’ as a platform to further connect with the patrons of the brand. As a talent hunt initiative, Fuji T’o Bam, was designed to groom budding artists, who were looking platform to launch out. Now in its fourth edition, the platform has thus thrown up some new breed of Fuji musicians, who are now set to explore the entertainment industry.

Two things are important about the platform: culture and music. A quick look at the profile of most successful local and global brands reveals that at one time or the other, they have used music to appeal to consumers. Now, considering the importance of culture to consumer behaviour, the decision of Nigerian Breweries to look inward and settle for a genre of music that is well-rooted among the Yoruba’s in the South-west of Nigeria is strategic as it will help the brand to fuel an emotional and cultural connection between the brand and the people.

As a unifying factor, culture and music have been used extensively by promoters of businesses and great brands to appeal to the hearts of targeted consumers. With the general belief that Fuji is the only Nigerian music brand that is devoid of foreign contamination, one can imagine how far the marriage between Goldberg and Fuji will drive the brand. And now that intellectual angle has been introduced into the conversation, it is obvious that Nigerian Breweries is not just out to use the platform to sell but also ready to give back by redefining the music.

At the maiden edition of the Fuji Roundtable, participants didn’t only admit that Fuji is the only Nigerian music brand that is devoid of foreign contamination, they argued that the genre of music was a unifying factor for Yorubas living in the western part of Nigeria and beyond. As a result, they agreed that the music deserves due attention and concerted efforts towards taking it to the next level. In plain language, speakers at the event, including a Fuji analyst, Olawale Obadeyi, a marketing communications practitioner, Akeem Adenekan, a popular Hip Hop musician, Abolore Adigun, (9ice), Chairman, National Project Committee of the Fuji Musicians Association of Nigeria; Sikiru Ayinde Agboola (a.k.a SK Sensation) and other members spoke on the challenges facing the Fuji industry. Some of the speakers at the event pointed out that Fuji music was already losing its glamour and fame to image problem. The platform also threw up issues like wanton bitter rivalry among Fuji Musicians, hooliganism and other problems common in the realm of the music.

However, while the guest speakers at the event, Obadeyi, Adenekan and SK Sensation argued that issues raised were prevalent in the entire music industry, 9ice and a few others maintained that Fuji Music required reorientation to further position the industry and make it appealing to the younger generation.

In his keynote address, Obadeyi, traced the origin of this genre of music to the period when Were, the local brand of music was in vogue among the Muslim faithful. He acknowledged that the music has grown astronomically over the years featuring different artistes who have contributed in different dimensions to its development. The analyst also traced the origin of this genre of music to Alhaji Sikiru Ayinde Barrister but argued that a lot of innovations have since been infused into it. Aside the late music icon, others, who were linked with its origin are; Baba Ralia , Saka Layigbade, Captain Muniru, Kawu Aminu, Basiru Abinuwaye and Gani Agboluaje. Others are; Muniru Maiyegun (Baba Wasiu ) who was from the Isale Eko end, Ajadi Ganiyu, who represented the Oluwole area, Kasali Alani (Jolly L’awa) from Ita Alaga, Wester Layeye and Dauda Epo Akara from Ibadan.

He said the innovations brought into Fuji by those artistes have deepened ties across boundaries in the region. “Each Fuji artiste, evidently, is pushing the limits of creativity. The horizon of Fuji music has been astoundingly widened,” he stated.

Obadeyi noted that Goldberg had appropriated Fuji music as a veritable platform through which cultural values could be used to validate the essence of Yorubas living in the region and beyond.

Sikiru Agboola, who corroborated him, advised Fuji musicians and other stakeholders in the country to take the music to the next level. According to him, it is the only surviving genre of music that has its origin in Nigeria and deserves concerted efforts from stakeholders to proffer possible ways through which it could be developed.

Observers have described the decision of Nigerian Breweries as a right step in a right direction, especially now when the Federal Government is driving local content. Speaking at the event, the Portfolio Manager, Mainstream Lager and Stout brands, Nigerian Breweries Plc, Mr. Emmanuel Agu, said the importance of music to any country cannot be over-emphasised. According to him, the role of music in nation building is monumental as it fuels the mind and the creativity of listeners.

As an activation platform that tends to touch on the emotions of millions of Fuji followers, the initiative may be a death knell for rival brands like Trophy and 33 Lager Beer in the South West. 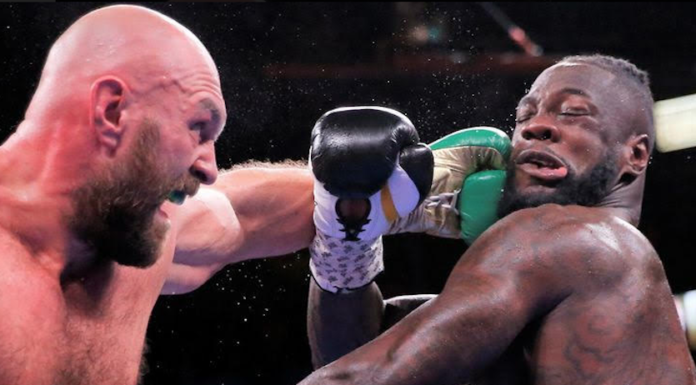