As parts of its renewed drive to promote the federal government cashless policy in the country, the Zenith Bank at the weekend showered the management of Sahad Stores Limited and residents of Federal Capital Territory (FCT), Abuja patronising the store with gift items for making transactions through Point of Sale (PoS) machines.

‪Presenting the gifts to the Managing Director of Sahad Stores, Alhaji Umar Minjiyawa on behalf of management of Zenith Bank, the General Manager of Maitama Branch of the Bank, Louis Odom, said the gesture was to appreciate the store’s use of POS and customers’ patronage through that platform.

‪He said the bank embarked on the customers’ reward campaign to deepen the Federal Government ‘s cashless policy by encouraging stores as well as many Nigerians to embrace the policy.
‪” We want to thank you for the patronage and for the use of our POS : we said let’s take today as a Bank to come and thank Sahad stores for all your wonderful support. Today, we came around to reward your customers and also your cashiers that also present POS to your customers. That’s our little way of saying thank you and appreciating what you have been doing. We want to associate with you as a Bank. We want to keep asking for your continued patronage,” he said.

‪He assured the Bank of the continued support and patronage of its various products particularly the POS.

‪One of the beneficiaries of the customers’ reward, the Head Public Relations and Media, Abuja Electricity Distribution Company, Malam Ahmed Shekarau, who was given a gift bag by officials of the bank for using POS commended the federal government for introducing the cashless policy.
He urged the Federal Government and the financial institutions in the country to deepen the coverage of the cashless policy which according to him has reduced risks associated with carrying cash around. 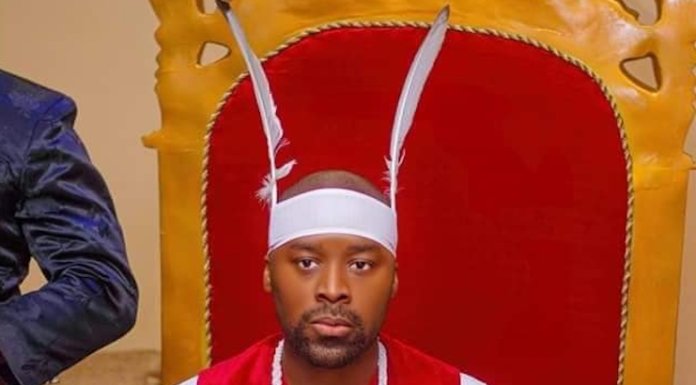