By Emmanuel Addeh   in Yenagoa

Ese Oruru, the 14-year-old teenager who was allegedly abducted from Bayelsa and taken to Kano, where she was said to have been sexually exploited by one Yunusa Dahiru, continued her evidence in private on Friday.

Just like it happened at the last court session, at the resumed hearing of the case at the Federal High Court siting in Yenagoa, yesterday, parents of the alleged victim and journalists were not allowed to witness the proceedings.

Only lawyers representing Dahiru, who is facing a five-count charge in case No FHC/YNG/17c/2016, between the Inspector General of Police, IGP and Yinusa Dahiru and the legal team representing the federal government were allowed inside the chambers.

But it was learnt that the minor, who was brought to the court under tight security, covered from the head with a brown scarf and hurriedly ushered into the court room, was cross-examined by Dahiru’s defence team.

Just before the private session commenced, the court premises almost got rowdy when policemen prevented journalists from taking pictures of the young woman.

A source who was privy to the court proceedings however said that Miss Oruru was briefly grilled by the defence counsel led by Kayode Olaosebekan, before Justice Ajiya Nganjiwa adjourned the matter to next Friday for further private hearing.

But there were feelers yesterday that Dahiru, accused of abducting, inducing Miss Oruru by the use of deception and coercion, illicit intercourse, sexual exploitation and unlawful carnal knowledge, may finally get bail on Monday next week.

Lead Counsel to the accused, Mr. Kayode Olaosebikan, told journalists that plans to perfect his client’s bail conditions had reached an advanced stage.

“We are still working on the bail and we are trying to perfect the bail conditions. The court is in the process of verifying sureties and we hope that by Monday, he will be out,” Olaosebikan said.

Yunusa has been in prison custody over his inability to meet the bail conditions of a level 12 civil servant, a traditional ruler from Bayelsa state axis and a surety of N3 million.

However, the Judge later relaxed the bail conditions to a level nine civil servant, and further granted the prayer of the defendant to also allow an Hausa traditional ruler from any community to stand as surety.

Miss Oruru recently gave birth to a baby girl and is still in the protective custody of the Bayelsa state police command, which has taken responsibility for her upkeep in collaboration with the state government. 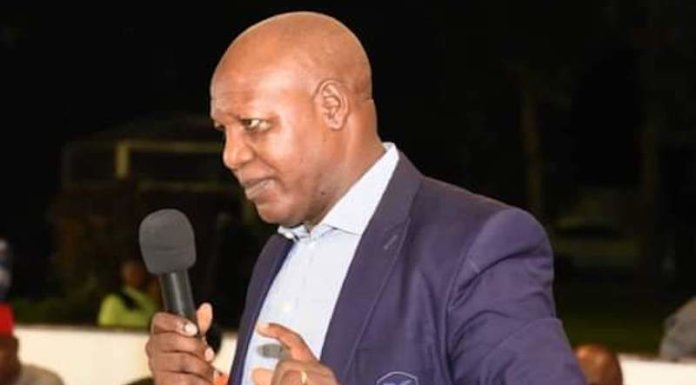