One of the leading global rating agencies, Fitch Ratings yesterday joined other institutions and agencies in endorsing the decision of the Central Bank of Nigeria (CBN) to end currency peg, saying that the shift to a more flexible foreign-exchange regime could aid the country to adjust to lower oil prices and support growth.

This is just as the CBN Governor, Godwin Emefiele reiterated that there was no need for businesses and investors to panic over the new forex policy, saying it will help address the imbalance in the economy.

Fitch in a statement stressed that implementation of the new forex policy may present challenges if not properly managed.

The agency explained that establishing the new framework’s credibility would be key to its effectiveness in attracting portfolio flows and Foreign Direct Investments (FDIs) to make up for lower oil export receipts.

Continuing, Fitch ratings stated that the CBN’s previous policy of restricting access to the official FX market and supporting the naira, rather than risk the inflationary impact of devaluation, has been negative for Nigeria’s sovereign credit profile.

It also pointed out that defending the naira has lowered reserves and increased external vulnerabilities, while a shortage of hard currency has weighed on the non-oil economy.

Furthermore, it stressed that the change of policy was consistent with its view that the CBN would struggle to defend the naira indefinitely.

Fitch said: “But a backlog of unmet dollar demand (estimates range from $4billion to $9billion) has built up and any inability to clear a significant portion of that backlog early in the transition would hinder the effectiveness of the new framework. The CBN will introduce a new non-deliverable forward to try to limit exchange-rate volatility under the new system, by moving some of the dollar demand to the futures market and away from the spot market.

“Even so, the CBN will probably have to deploy a large portion of its international reserves during the first week(s) of implementation. It also reserves the right to intervene by buying and selling FX to smooth market movements, although it has made no specific announcements about trading bands or break points that might lead to intervention. Nigeria’s unorthodox FX policy has made raising external financing more difficult.

“Allowing the market to determine the value of the naira could ease this, although we think much potential FDI may remain on the sidelines until a clearer picture emerges of how the new system is functioning. Foreign investment in the domestic bond market is very low and not likely to increase in the near term. High demand for FX after devaluation may also limit the benefit to the current account from recovering oil prices.”

Fitch also stated that an increase in FX liquidity would support a potential recovery in growth in second half of 2016.

“Nigeria’s GDP contracted 0.36 per cent year-on-year in the first three months of this year, and we think this contraction has probably continued in second quarter of 2016 due to hard currency shortages, and unrest in the Niger Delta lowering oil production.

“Naira devaluation could lead to a further spike in inflation, which rose to a six-year high of 15.6 per cent in May. But we think the inflation pass-through from the official rate is limited and a fall in the parallel rate would be deflationary, which along with the increasing availability of hard currency could lower inflation.

“We will assess the implications of Nigeria’s new exchange rate policy on its economy and external finances as part of our next review of the country’s ‘BB-‘/Negative sovereign rating. Our base case for Nigerian banks is that regulatory total capital ratios will not decline significantly under the new regime. Any impact will be offset by still strong profitability and high levels of internal capital generation. The new FX regime crucially also provides access to US dollars for the banks to meet their internal and external obligations”

Meanwhile, during the meeting with members of the organised private sector at a closed-door meeting in Lagos yesterday, Emefiele told them not to panic over the new forex.

A business leader who attended the meeting disclosed this to THISDAY.

The source said: “The CBN governor who chaired the meeting spoke about the policy generally, how it will operate and also the benefits. He also told investors and businesses to remain calm and not to panic. “He assured us that the central bank has the capacity to meet the backlog of forex demands.”

Also yesterday, the naira appreciated further on the parallel market as it gained N5 to close at N355 to a dollar, stronger than the N360 it closed on Thursday.

The CBN, according to an online newspaper, TheCable, has moved to douse fears of the emergence of a cartel in the new foreign exchange market, declaring the door open to all banks to be Foreign ExchangePrimary Dealer (FXPD).

The reviewed guidelines stated: “In order to further deepen the FX market the Central Bank of Nigeria has decided to allow any Authorised Dealer who is interested in acting as a Foreign Exchange Primary Dealer (FXPD) to apply even if the said Authorised Dealer did not meet the quantitative criteria stated in the CBN Guidelines for Primary

“The Central Bank of Nigeria shall evaluate all the first set of registered FXPDs by December 31, 2016. The evaluation shall cover both quantitative and qualitative Foreign Currency Balance Sheet, adequacy of Pre-Settlement Risk (PSR) lines for other Authorised Dealers, etc).

Please note also that the performance and market conduct of the FXPDs in their dealings with the CBN shall be a major factor in the said evaluation.

“For the avoidance of doubt, FXPDs are to provide two-way quotes (bid and offer) to the CBN and CBN reserves the right to deal on any of the quotes. As stated in section 4.1 of the Guidelines the CBN trade sizes with the FXPDs shall be as follows:

“The immediate applicable bid-ask spreads shall be agreed between the CBN and FXPDs and these shall be reviewed periodically. The CBN reserves the right to adjust the standard sizes stated above. All other provisions of the Guidelines remain valid.”

Fears had been expressed that appointing only 10 banks could lead to collusion and price-fixing and also lead to a run on the other banks whose customers may think are not healthy enough. 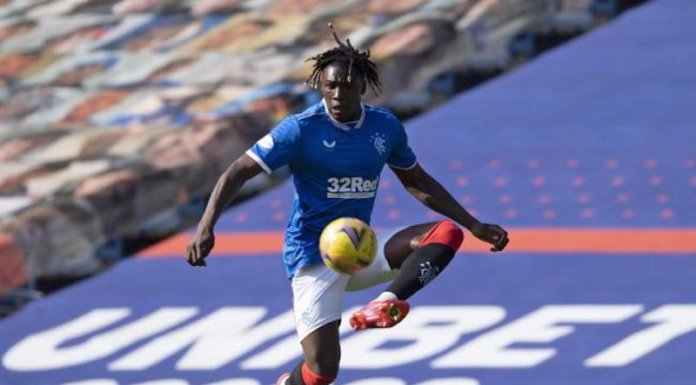