There are many in Nigeria today who believe that if the old hands in the country’s politics should bequeath power and mantle of leadership to the youths, the country would be better for it. They say it is high time youths started to be the leaders of today – rather than the cliché-ridden leaders of tomorrow. And they feel the major problem facing Nigeria is the seemingly habitual recycling of politicians and leaders.

The politics of the country has not actually given youths the pride of place to inject new innovations and ideas to governance and meet up with contemporary demands in the society. However, there seems to be light at the end of the tunnel.

Affirmative Action
The former ruling Peoples Democratic Party first came up with the concept of 35 per cent female affirmative action in politics, as a way of liberalising the political landscape by giving more political opportunities to women to participate actively in governance. The outcome of that noble advocacy has further lent credence to the fact that Nigeria’s lost glory may be recovered if the country runs all-inclusive governance. Pundits have also argued that PDP’s failure at the last general election was partly caused by youth restiveness occasioned by lack of employment opportunities. Graduates have no jobs and no means of livelihood. However, an indication has emerged that PDP is on the path of self-recovery.

Youth Inclusiveness
In the South-east, PDP is seriously trying to put its house in order, to reclaim Imo and Anambra states. And to ensure that lofty dream materialises, the party is earnestly recognising the imperative of youth inclusiveness. This became evident with the election of the foremost youth activist, Comrade Chidiebere Egwu, as PDP’s South-east zonal youth leader at the just concluded zonal congress of the party.

Egwu became popular in politics after the 2015 general elections, when he led the youth of the state to support PDP and ensure its victory in virtually all the elections, especially the governorship won by Mr. David Umahi, against all odds. Umahi’s predecessor, Chief Martin Elechi, had vowed that Umahi, who was his deputy, would not succeed him. With the crisis that erupted from Elechi’s permutation, Egwu’s political escapade exploded when he dislodged and crippled the all-powerful Ebonyi Youths Assembly. Prior to the election, Ebonyi Youths Assembly was the backbone of Elechi’s administration.

Whatever the youth assembly decided was sacrosanct. So it became a nightmare to overcome the powers of the frontiers and leaders of the assembly to pave way for Umahi’s election.
Without much affluence, Egwu was able to muster courage to challenge the power brokers, which enabled him to decimate the body, and further formed Ebonyi Liberation Youths Forum. Not minding that Elechi and promoters of Ebonyi Youths Assembly were Egwu’s townsmen, the Liberation Youths Forum fought hard to install Umahi.

Umahi’s election was with many historical impacts and lessons for humanity and politics of Nigeria. It was the first time a deputy governor challenged his boss to coast home to victory.

However, during the harmonisation of the last congresses of the PDP in the state based on the guiding principles and arrangements of the party in its elective positions, all hell almost broke loose when Egwu was schemed out of the position of state youth Leader. This was a position he held during the last election. But little did anybody know that Umahi was planning big for him. Though at that point, rumour and speculations were high that he would be compensated with the state financial secretary of the PDP.

At the zonal congress at Micheal Okpara Square in Enugu, Egwu was elected as the South-east zonal youth leader of PDP.
With his joviality and good human relations, Egwu, according to insiders, would rally the youth in the zone to project the image and acceptance of the PDP to the Igbo nation.

Promise
The zonal youth leader said the youth of the zone were strongly behind the resolutions reached at the Port Harcourt national convention of the party, which appointed former Kaduna State governor, Senator Ahmed Makarfi, as the acting national chairman of the party. This was as the national secretariat of the party finally reopened for business with the withdrawal of the security men by the Inspector-general of Police, Solomon Arase.

Egwu assured that the youth in the zone would work harmoniously with Makarfi’s administration to promote good governance and democracy, which he said the party stood. He stated that the major expectation of the PDP leadership in the zone was to reclaim Imo and Anambra states and also make sure that the three PDP states of Abia, Ebonyi and Enugu remained for the party. He further passed a vote of confidence on Umahi, Enugu State Governor Ugwuanyi, and his Abia State counterpart, Ikpeazu.
The youth leader lauded the achievements recorded by these governors, saying they have placed PDP as the preferred party in the zone.

Egwu promised to embark on a serious membership drive for the party that would be rooted in true reconciliation for the purpose of rebuilding and rebranding the party. He disclosed his plans to empower 5, 000 youths from the zone with different skills acquisition programmes.
Egwu advised the youth to shun violence and any other acts capable of endangering their future.

Challenges
With the virtual death of the Labour Party in Ebonyi State following its defeat at the last general election and the internal crisis of the All Progressives Congress in the state that has led to the factionalisation of the party, the rise of Progressives Peoples Alliance may pose a danger for PDP.

Some stakeholders who are aggrieved by the leadership crisis in APC and defectors from the Labour Party have seen hope and haven in PPA. An indication that PPA would be a party to watch in the state emerged on June 6, after its congress held at Ebonyi Hotel in Abakaliki. The congress, which was adjudged credible and peaceful, was presided over by the National Organising Secretary of PPA, Jonah Abiodun, that elected the state executives of the party.

The elected state chairman of PPA, Stephen Ezeali, boasted that with the peaceful conduct of the congresses of the party in the state, there was hope that PPA would offer a better platform for the development and growth of the state and nation at large. 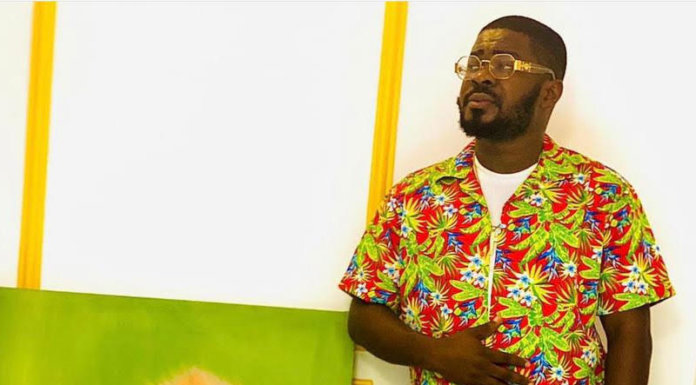