Ndubuisi Francis in Abuja
Immediate past Finance Minister, Dr. Ngozi Okonjo-Iweala, has instructed her lawyers to take steps to set aside the judgment of a Federal High Court, Lagos, ordering her to provide information on the spending of an alleged ‘missing’ N30 trillion accruing to the government when she was a minister.

Reacting to the judgment via a statement issued by her Media Adviser, Mr. Paul Nwabuikwu, the former minister said her attention had been drawn “to media reports regarding a court judgment alleged to have been entered against the Federal Government of Nigeria and Dr. Ngozi Okonjo-Iweala in respect of an action by the Socio-Economic Rights Agenda (SERAP) pursuant to the Freedom of Information Act.”

The statement noted that the court, according to the media reports, ordered the federal government and Okonjo Iweala to provide information relating to N30 trillion allegedly unaccounted for.

“Dr Okonjo-Iweala hastens to state that she was never served with any court processes in relation to the said matter. She has not read the judgment and would therefore defer any comments on the matter.

” However, from the media reports, the case was instituted in February 2015 but was not served until July 2015 after Dr Okonjo-Iweala had already ceased to be the Minister of Finance.

“By the date the said papers were purportedly served Dr Okonjo-Iweala was no longer a public officer and could therefore not be the subject of a request for production of any documents or information under the Freedom of information Act.

“The Court processes must have been served on others because the attention of Dr Okonjo-Iweala was never drawn to the matter in which she appears to have been sued personally. She therefore did not engage any lawyer to act for her in the matter,” the statement added.

It pointed out that “the decision of SERAP to anchor its case on a baseless and unsubstantiated allegation by the former CBN governor, Professor Charles Soludo, that N30 trillion – about seven times the total annual budget during the Jonathan administration – is missing confirms SERAP’s dubious motives and its role as a tool for politically motivated actors.”

According to the statement, it is curious that the first time Okonjo-Iweala was being made aware of a matter filed against her in court was in news reports reporting the delivery of judgment. 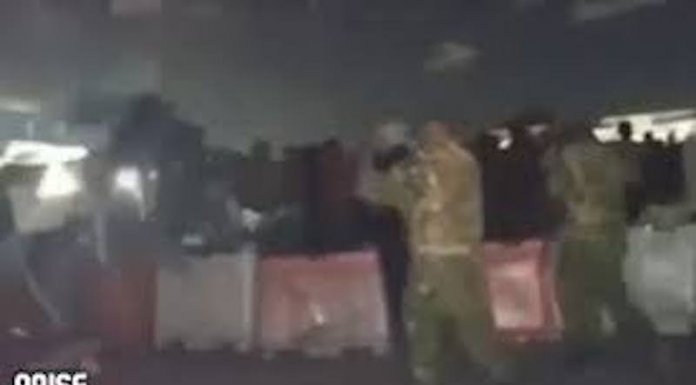