The recent trade deal signed between Nigeria and China during the visit of President Buhari to Beijing in early April has been making news headlines, for very obvious reasons. In this period of economic crunch most Nigerians of all shades are patient and keenly awaiting a new lease of life or economic miracle from the “Change” promised during the electioneering campaign of 2015. Since thenliving conditions have been worsened by the precipitous decline in crude oil prices over the last year, engendering a steep fall in the value of the local currency in the parallel market.

Recent inflation figures show a rise to over 12.8% that is the highest level since the last four years. Business sentiment and manufacturing capacity remain at the lowest ebb in over 12 months as foreign investors in the capital market have fled for fund preservation. Recent data from the Nigerian Stock Exchange (NSE) put the monthly foreign portfolio outflows at N314.84 billion in February 2016, more than 20.79% increase from N26.36 billion outflowsin the previous month. Meanwhile, foreign portfolio inflows continued to wane, plunging 35.68%in February this year from N17.01 billion in January. That’s just the prevailing circumstances that cannot be denied, neither is it fair to blame the current administration for this turn of events. Where the focus should be is in what the President and his team ought to do in other to ameliorate the conditions then set the country on a non-natural resource-based growth trajectory.

Source: Organization of the Petroleum Exporting Countries (OPEC), National Bureau of Statistics (NBS)
Nigeria faces a myriad of challenges on many fronts. Its predicament, including the wobbly Naira exchange rate cannot be easily wished away. All these have brought to the fore the urgency and imperative of seeking non-conventional measures, not simple and temporary exit strategies, but more fundamental and lasting solutions. Whether the latest trade deal with China could be one of those enduring masterstrokes by this government remains to be seen.

In my basic understanding of the trade agreement signed, there are two key elements; the first is attracting over $6 billion additional investment from China through the trade pact and the second being the currency swap deal with the Industrial and Commercial Bank of China (ICBC). Hence in course of Nigeria-China engaging in bilateral commercial and economic relations, transactions can be settled in either the Chinese currency the Renminbi or Naira, therefore bypassing the almighty US dollar. Right off the bat, this arrangement can ease, albeit temporarily, the pressure on the Naira by creating a balance of payment buffer for the country and less demand for USD to fund much needed imports from China. But to expect that such an option will strengthen the Naira over the long term and provide the kind of fiscal relief that could boost the currency without further structural reforms will be too much to ask.

…Currency Swaps and New World Order
Nigeria is not the first country to engage in such a direct currency swap arrangement with China, neither is bilateral trade agreements or currency swaps new in the global arena. There have been a handful of other countries, including the UK, South Africa and a few others that have similar engagements with China over the last decade. Whilst the verdict is still pending on the long-term direct impact on the affected currencies, it is safe to say that bilateral trade agreements and direct settlements via currency swaps can actually help to lift the volume of commercial activities and deepen economic relations between the countries involved. This emerging scenario doesn’t necessarily mean that the US dollar will disappear anytime soon as a unit of account or means of settlement in international commerce.

In the case of United Kingdom, the bilateral local currency swap agreement with China was recently extended to 2018 and the swap line was increased from 200 billion yuan (£20.41 billion) to 350 billion yuan (£35.72 billion).In October 2015, almost £40 billion worth of trade and investment deals between the two countries were agreed and now China represents the UK’s sixth-biggest export market, taking 3.6% of its goods and services. South Africa currently has a trade volume of over $10 billion annually with China and is poised to benefit from increased exports and easier trade settlements with China. For the records, that relationship is potentially being fostered by Industrial and Commercial Bank of China that owns about 20% stake in South African-based Standard Chartered Bank (Stanbic), which in turn operates in Nigeria under the Stanbic IBTC Bank brand. According to available data, Nigeria’s export to China amounts to only 1.6% of total volume as opposed to 22.3% of its total imports originating from China.

Table 2: Nigeria – China Trade Statistics (2013 – 2015) – Exports
Year Nigeria’s Total Exports (N’ million) Exports to China (N’ million) % Exports to China in the Total Exports
2013 14,245,271.60 170,736.40 1.20%
2014 16,304,041.20 264,610.40 1.62%
2015 9,728,797.70 157,485.10 1.62%
Source: NBS
To fully appreciate the essence of this new agreement, one must view it from two angles; what will be the impact on the Nigerian currency and how can this boost trade volume between both countries? Thankfully, China and Nigeria have quite a bit in common and do need each other in many ways. Clearly these are two leading economic giants in their respective regions with large domestic market. China can truly teach Nigeria few lessons on economic transformation. As China radically reformed to become the world’s manufacturing powerhouse, Nigeria remains predominantly an agrarian and raw materials exporter.

…The Infrastructure Kingpin
The rising profile of China and its investments in Africa and particularly in Nigeria has been the subject of wide debate in recent years. China has demonstrated to the world how drastic and consistent economic reforms, outside the context of western-style democracy and political systems, have lifted the populace out of excruciating poverty and backwardness – and some African countries might be watching. Where the western countries have been reluctant to step up, China has often filled the void in several African countries by providing not only cheap and affordable infrastructure and technology but also issuing soft long-term loans to bankroll projects.

As an illustration, Ethiopia successfully built and recently launched its intra-city light rail system in the capital city of Addis Ababa, just as the Nigerian railway system and airports are currently being revamped by the Chinese company (China Civil Engineering Construction Corporation – CCECC) with loan facilities from the Export-Import Bank of China. This makes you wonder which western country, including the United States has the financial wherewithal and appetite to embark on such ambitious projects in Africa today, beyond the extractive industries. Even in the global economic stage, China’s currency was recently admitted into the club of reserve currencies by the International Monetary Fund (IMF).

China’s ability to quickly ramp up its infrastructural capacity and log in consistent double-digit growth for over two decades now is truly a roadmap for Nigeria to follow. More than anything else Nigeria needs the help of China to continue expanding and modernising the decayed railway network, plus the transportation and electricity infrastructure. Consequently, Nigeria stands to gain from these investments funded through long-term soft loans from China with which settlement can actually be executed via direct currency swaps between the Naira and Renminbi (RMB). Based on some analysis, given the current exchange rate of N30 to 1RMB, and 1USD exchanging for N198.50 at the interbank window, there seem to be a near parity of the both currency exchange rates against the Naira. I have also read an opinion recently that illustrated a 9% advantage of the Naira/RMB versus the Naira/USD. With a mere 1.6% of Nigeria’s export going to China the immediate forex arbitrage gain could be quite insignificant.

…A Case for Balanced Trade
On the second front, with a higher export volume of goods coming from China into Nigeria (about 22.3% of the total Nigeria’s imports in 2015), the margin of bilateral trade (imports versus exports) between the both countries remains quite high. In the short-run that remains disadvantageous to Nigeria, though over the longer-term horizon, the disparity could actually prove to be legroom for growth and signpost the prospects for increased trade flow from Nigeria.

As it is today the bulk of imports from China to Nigeria are manufactured consumer goods, equipment/machineries and other intermediate goods that feed the processing industries in Nigeria. On the flip side, the main export to China from Nigeria is crude oil and to a lesser extent agricultural raw materials. Therein lays the inherent opportunity for both countries. India in recent years has emerged a leading importer of Nigeria’s crude oil by overtaking the United States. For this new trade deal to make sense for Nigeria and China, it could be leveraged as launch-pad to boost crude oil and value-added agricultural product exports to China, thereby feeding its growing appetite for energy and massive population. Just as in return, Nigeria can import more equipment and machineries to grow its local manufacturing base and revamp its decrepit infrastructure.

The potential sore point of this deal and where it could hurt Nigeria the most is if China sees Nigeria as a dumping ground for its finished goods, rather than a growing industrial hub and destination for manufacturing equipment. We must bear in mind that China has a huge existing capacity and factories that churn out all manner of cheap commodities, which could flood the Nigerian market and continue to stifle domestic industries – case in point is US and China trade relations that is lopsided and dominated by exports of finished goods at the great expense of US companies, while China amasses colossal trade surplus and foreign reserves that is reinvested in US treasury bonds. Nigeria will be worse off in the long run, if this were to be the case.

Chamberlain is the Executive Chairman of Xcellon Capital Advisors Ltd in Lagos, Nigeria.

editor - December 9, 2021 12:14 am
6
James and Jennifer Crumbley, parents of the prime suspect in the recent deadly shooting at a Michigan (U.S.) high school, were charged last Friday... 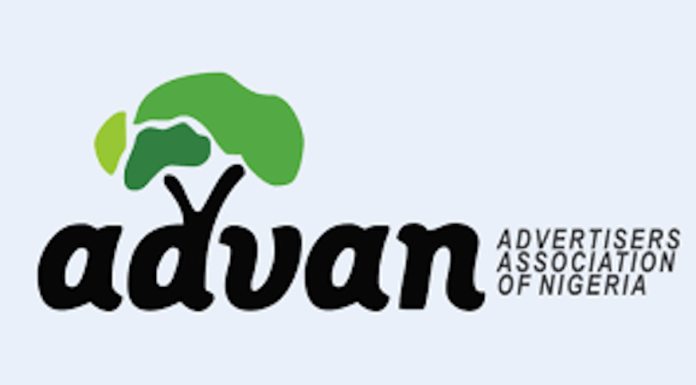