The President of the Court of Appeal, Justice Zainab Bulkachuwa, is set to establish a five-man panel of the court to hear the appeal against the ban of hijab (a veil worn by Muslim women) in public primary and secondary schools in Lagos State, THISDAY has learnt.
The appeal, which was slated for hearing yesterday, could not proceed as Justice Amina Augie held that the matter was constitutional which required a full panel of the court to adjudicate on.

Justice Modupe Onyeabor of an Ikeja High Court had on October 17, 2014, dismissed the suit instituted against the Lagos State Government by two girls, aged 12 at the time, under the aegis of the Muslim Students’ Society of Nigeria (MSSN), Lagos State area unit.
Dissatisfied, the appellants urged the Court of Appeal to set aside the judgment and protect their constitutional rights.

When the matter came up yesterday, Justice Augie stated that the appeal bordered on the rights of the appellants to wear hijab to school in line with Quranic injunction, but because it was a constitutional matter, it must be heard by a five-man panel of the court.
Justice Augie stated that because of the constitutional nature of the appeal and in the interest of justice, hearing of the appeal would be adjourned to enable the counsel to the appellants apply to the President of the Court of Appeal to constitute a full panel of the court.

Justice Augie said: “The appeal is very sensitive since it involves the rights of the applicants, who are Muslims, to wear the hijab over their school uniform in accordance with their religious beliefs. We are a three-man panel, and more importantly, we are an all-Muslim panel.”

Responding, the appellants’ counsel, Chief Gani Adetola-Kazeem (SAN), acknowledged that the appeal was sensitive in nature and would most likely get to the Supreme Court.
Adetola-Kazeem urged the court to make its record of proceedings available to enable him write to the President of the Court of Appeal.

The Lagos State Government had banned the use of hijab on the grounds that it was not part of the approved school uniform for pupils.
Following the ban, the two girls filed the suit on May 27, 2013, seeking redress and asking the court to declare the ban as a violation of their rights to freedom of thought, religion and education.

However, on October 17, 2014, Justice Onyeabor of an Ikeja High Court dismissed the suit instituted against the Lagos State Government by the girls.
In her judgment, Onyeabor held that the prohibition of the wearing of hijab over school uniforms within and outside the premises of public schools was not discriminatory.
According to her, the ban does not violate Sections 38 and 42 of the constitution as claimed by the plaintiffs.

The judge said Section 10 of the constitution makes Nigeria a secular state and that government must maintain neutrality at all times.
Onyeabor said the government therefore has a duty to preserve the secular nature of the institutions concerned as argued by the then Lagos State Solicitor-General, Mr. Lawal Pedro (SAN).

She noted that since the public schools were being funded by the government, it was therefore competent to issue dress codes and other guidelines to the students.
According to her, the use of uniforms engenders uniformity and encourages students to pursue their mutual academic aspirations without recourse to religious or any other affiliations.
The judge observed that the uniformity sought by the government in the issuance of the dress code would be destroyed, should the prayers of the plaintiffs be granted. 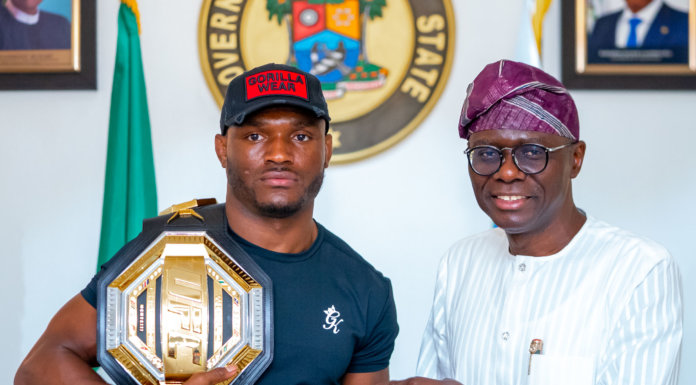