Home Sport Amusan Sets World 100m Hurdles Junior Record
Share
WhatsApp
Facebook
Twitter
Email
Google+
Pinterest
Linkedin
ReddIt
Print
Tumblr
Telegram
StumbleUpon
VK
Digg
LINE
Viber
*Okagbare jumps dismal 6.21m in season opener
University of Texas in El Paso sprint hurdler, Amusan Tobiloba at the weekend in El Paso, Texas, USA returned Nigeria to the top of a track and field event by smashing the world junior record in the 100m hurdles.
She ran 12.83 seconds, one hundreth of a second faster than the 12.84 ran by Cuba’s Aliuska Lopez on July 16,1987 to become the only Nigerian with a world best after Uduak Ekah lost her indoor 60m world junior best of 7.09 seconds she set on March 7,1999 inside the Green Dome in Maebashi, Japan to Poland’s Ewa Swoboda who ran 7.07 seconds last February in Torun, Poland.
“It was a really nice race and my plan was just to get out of the blocks,” Amusan said. “When I first looked at the scoreboard and it said 13.3 (seconds) I was very mad, but then when the official results popped up and said 12.83 I screamed YES!!!
“It is really a privilege to run sub 13 and it is great to see my goal come true that I have been training for over the past year,” stressed the hurdler online from her base in America.
Amusan didn’t end her phenomenal day in the 100m hurdles alone, she turned around a little than two hours later and clocked the fastest 200m dash time in Conference USA. She crossed the finish line in 23.24 for gold.
“I know I have good speed and know that I am capable of running a sub-23 second 200m dash, but a 23.2 is not a bad start,” noted Amusan who ran her first 200m dash in over two and a half years.
Amusan is now the fifth Nigerian to break the 13m barrier in the 100m hurdles after Gloria Alozie (12.44),Angela Atiede, Toyin Augustus (12.85) America-born Lindsey Lindley (12.97).
At the 107th Drake Relays in Des Moines, Iowa, USA Blessing Okagbare opened her long jump campaign for the season with a disappointing 6.21m leap.
The event was won by Lorraine Ugen of Britain who jumped a wind-aided 6.82m while former world champion, Britney Resse of the USA came second with a legal 6.74m leap.
In California, still in the USA, Toyin Augustus continued her impressive performance in her comeback bid by running 13.65 seconds in the 100m hurdles. 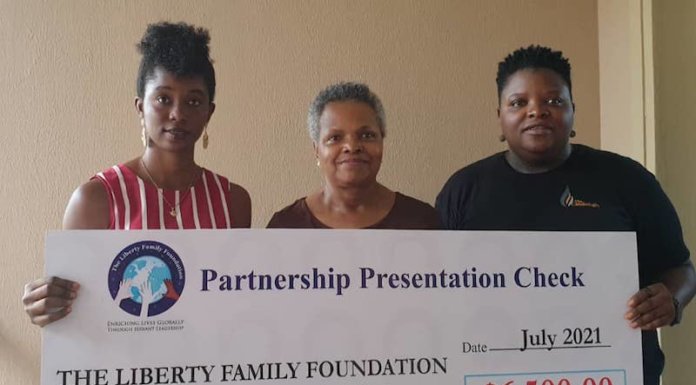