By Onyebuchi Ezigbo in Abuja, Chiemelie Ezeobi in Lagos and John Shiklam in Kaduna

Chairman of the 19 Northern States Governors Forum (NSGF) and Governor of Borno State, Alhaji Kashim Shettima has called for urgent strategies to check the alarming conflict between farmers and cattle rearers in the North West and North Central zones.

This is as the United Progressive Party (UPP) condemned the Fulani herdsmen killing of innocent Nigerians across the country, particularly the recent massacre of over 20 people at Ukpabi Nimbo community in Enugu State.

Also, a member of the House of Representative, Hon. Stella Ngwu, yesterday, called on the Inspector General of Police, Solomon Arase, to embark on a holistic investigation of the circumstances that led to the incident.

Speaking at the opening ceremony of the governors meeting in Kaduna on Friday, Shitima said the security situation was assuming unacceptable proportions.

He also called on  President  Muhammadu Buhari to  ensure  the  full  restoration  of  civil  authority  in  areas  recaptured  from the Boko Haram insurgents  in the North east in  order  to  pave  way  for  the safe  return  of  Internal Displaced People (IDP).

He said it was  pertinent for the meeting  to deliberate and “make an insightful and thorough review of the current security situation in the region, with specific reference to the Boko Haram insurgency,  cattle rustling, the lingering deadly clashes between farmers and cattle rearers, as well as the  intermittent incidents of armed banditry and kidnapping, all of which had generally been regarded as part of the major factors responsible for the formidable developmental challenges we found ourselves in.”

He said the insurgency  in  the  North  East  had been  halted  and  the  insurgents  themselves  completely  subdued.

“What remains now are few isolated pockets of suicide bombings which the recalcitrant remnants of the insurgents use as a last resort to attract attention and create unnecessary panic among the general population” he said.

He said the meeting was to deliberate on the reports of various committees set up NSGF to address the problems affecting the north.

UPP which described the killing in Enugu as barbaric, wicked, outrageous and sadism of the worst order, urged the Federal Government to put a stop to it.

“It is time to stop this unprovoked slaughter of innocent Nigerians by rampaging Fulani herdsmen armed with sophisticated weapons. Enough is enough”, the party said.

In a statement issued on Friday by the National Publicity Secretary, Chief Ogbuehi Dike, the party charged the security agents to fish out the perpetrators of this heinous crime and their sponsors with a view to bringing them to book to serve as a deterrent to others.

“We urge security agents to fish out the perpetrators of this heinous crime and their sponsors with a view to bringing them to book to serve as a deterrent to others. For long, security agents have handled Fulani herdsmen attacks with a kid’s glove which spurred the impunity with which they massacre fellow compatriots in the North, which has now been extended to the South.

“This detestable onslaught by Fulani herdsmen is a threat to national security and unity. The Federal Government is obliged to protect lives and property of the citizenry as enshrined in the constitution of the Federal Republic of Nigeria 1999 (as amended) which states that, “the security and welfare of the people is the primary purpose of government.

“UPP demands a stop to this madness and urges security agents to sit up and carry out their constitutional duties diligently without fear or favour.

“The Federal Government should take immediate action to rehabilitate and rebuild the communities destroyed by these heartless Fulani herdsmen and ensure there is no recurrence of this man’s inhumanity to man,” he said.

Ngwu who called for full investigation represents the affected area in the House of Representatives also charged other security agencies to assist in the investigation.

In a statement signed by her senior legislative aide, Kingsley Awuka   said the senseless killing of human beings and wanton destruction of properties were premeditated and unprovoked.

While praying to God to heal the wounded, console the bereaved and grant eternal repose to the souls lost, the lawmaker said the massacre should be totally condemned by all.

Speaking from the United States, where she is currently attending an International Legislative Training at the Harvard University, she said, “I am pained by the sad event. I commiserate with the victims of the attack, families and relations of those that were killed and the entire people of Uzo-Uwani Local Government Area.

“I also urge the people of the affected area to be calm and law abiding, as every necessary step shall be taken to track the perpetrators and bring them to face the law.

“I am using this opportunity to call on the Inspector General of Police and other relevant security agencies and stakeholders to immediately embark on a holistic investigation of the situation with a view to bringing the culprits to book and forestalling future occurrence”.

“A constructive engagement of the relevant stakeholders shall be sustained to find ways of ameliorating the sufferings of all the people, especially women and children, who have been internally displaced as a result of the tragic incident.” 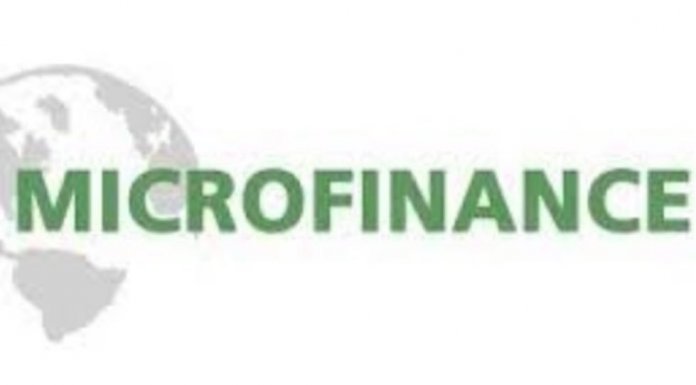