In its drive to ensure full maximisation of its revenue generating potential and to commence tax audit exercise of 2016 in earnest, the Lagos State Internal Revenue Service ((LIRS) has engaged 1,200 members of the Chartered Institute of Taxation of Nigeria (CITN) and the Institute of Chartered Accountants of Nigeria (ICAN) as Tax Audit Monitoring Agents (TAMAs).

The TAMAs are authorised to act as agents of LIRS for tax audit and assurance purposes. The LIRS carried out a review of the appointment and operational procedure of the TAMAs in order to enhance efficiency in its audit exercise.

Their duty would be to collect requisite information during tax audit field exercises, collate, prepare and submit tax audit reports based on the facts gathered for use by the LIRS.

A statement on Thursday revealed that workshop was organised for the agents in Lagos recently. Present at the workshop were the Lagos State Commissioner for Finance, Mr. Mustapha Akinkunmi; Chairman, Lagos State House of Assembly Committee on Finance,  Oluyinka Ogundimu; Executive Chairman of LIRS, Mr. Olufolarin Ogunsanwo, and other management staff of the agency.
In his opening remark, Ogunsanwo implored the TAMAs to demonstrate the highest level of professionalism.

“We believe you will demonstrate a high sense of responsibility and integrity in this noble assignment in line with international best practices as we hope to improve the internally generated revenue of the state and ultimately engender a sustained culture of voluntary compliance amongst tax payers in Lagos.

“I have no doubt in my mind that your professionalism will be of tremendous value during this year’s exercise and beyond,” Ogunsanwo said.

The revised Tax Audit Manual was also formally presented which highlights the systematic steps of auditing as well as ethical standards and codes in line with international best practice.
“The TAMAs at the training undoubtedly emerged to be the best in the stock of applications that we received. The selection process was quite painstaking and took into consideration a number of preconditions, professionalism and track records in the most vital areas,” the Board Secretary of LIRS, Mr. Jimi Aina said.

Advising the TAMAs at the workshop, Director, Tax Audit, Mrs Bolaji Akintola, said: “The Image and reputation of LIRS is key in tax audit, therefore we charge you to stand for what LIRS stands for, by avoiding any form of compromise, illegality, unprofessional conducts and shunning all under the table transactions.

“Under the existing LIRS rules, erring agents may be delisted, prosecuted and reported to their professional bodies for further disciplinary actions.”

editor - October 31, 2020 3:03 am
11
BY DELE MOMODU Fellow Nigerians, let me start by thanking God for my unusual mindset. I’m also grateful to those who have mentored me in... 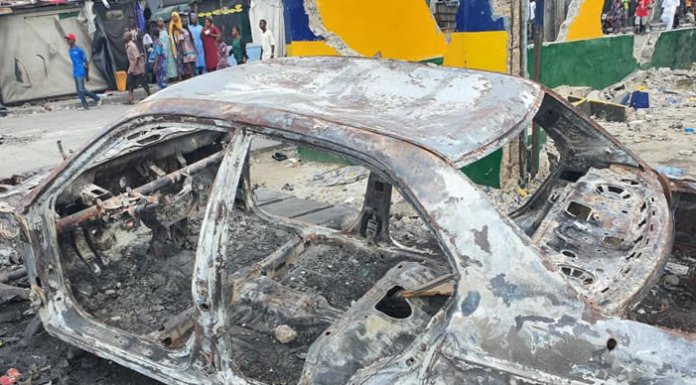