Mark Mentors Basketball Club of Abuja is the reigning champion of the DStv Premier Basketball League organised by the Nigeria Basketball Federation (NBBF) but did not start the current season with a team that come close to the one that lifted the league trophy in 2015 in Lagos no thanks to players’ exodus that hit the team.

With the exodus the team management led by Igoche Mark went to work immediately before the commencement date of the new season with the injection of some fresh hands that have struggled to place second on the log of the Savannah Conference with nine wins from 11 games played so far.

Mark Mentors was formed few years ago as a result of the success story of the annual Mark D’Ball camp and tournament staged every December in Otukpo, Benue State and has since become a force to reckon with in the Nigerian basketball scene.

The Coach Adeka Daudu-led technical crew of the Abuja side has been able to mould something out of nothing as evident in week-6 of the regular season where Mark Mentors inflicted defeat on star-studded Kano Pillars Basketball Club at the Sports Hall of the Abuja National Stadium.

Kudos must be given to team captain Stanley Gumut who has been able to rally other younger players to rise to the occasion as they went past the Pillars winning by 70-69 points at the buzzer.

Coach Daudu though not ruling out any surprises of retaining the league title but was emphatic when he said that the team’s ambition in the current season is to rebuild the squad ahead next season which was corroborated by Gumut.

“Honestly, our primary objective this season is to rebuild the team after the exodus of some of our best players who contributed immensely to our winning the league title last season to join Kano Pillars and Royal Hoopers now Rivers Hoopers as the only teams to have won the DStv league diadem.
“I am optimistic that we can challenge for the title next season though we are not giving up totally this term because in basketball the playoffs is usually a different ball game altogether,” Daudu concluded.

Club Chairman, Mark believed the team is on the right path of rebuilding and would definitely bounce back.

The team management is very happy with the technical crew and the players for still keeping us among the title contender this season even though that is not our main objective this term.
“Yes, it was devastating at the begging when most of our top players left but I am particularly happy that we are still a force to reckon with even when we might have been given any chance.

“The club management is not holding anything against the players that left but their departure actually became a blessing of sort as some younger players discovered at the 2015 Mark D’Ball programme have perfectly fit into the system and the management is indeed proud of the technical crew for a job well-done.

“People should watch out for Mark Mentors again as we will always provide that competitiveness in Nigerian basketball, Mark said.

Mark Mentors BC will play a double header against Gombe Bulls Basketball Club and Bauchi Nets Basketball Club in Week-8 of the DStv Premier Basketball League in a bid to guaranty its place in the Final-8 playoffs billed for June this year.

editor - December 4, 2020 1:47 am
9
THIS REPUBLIC BY SHAKA MOODU In 20 years, university teachers in the country under the auspices of the Academic Staff Union of Universities (ASUU) have... 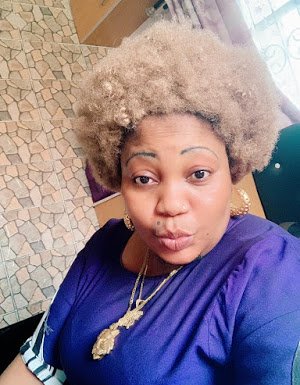