James Sowole in Akure and Paul Obi in Abuja
The pan-Yoruba socio-political group, Afenifere, on Tuesday expressed worries over what it described as undue silence of President Muhammadu Buhari on the spate of killings in several parts of the country.

The feeling of Afenifere was one of the points highlighted in a communique issued at the end of its meeting held in the residence of its leader, Chief Reuben Fasoranti, and read out by its Publicity Secretary, Yinka Odumakin.

It said since the federal government has a duty to protect the lives and property of every citizens of Nigeria, the president must speak up on this matter and to take urgent action to restore the sense of people of Nigeria, especially in the South and Middle Belt

“We are worried about recent spate of killings by Fulani herdsmen across the country as evident in Agatu killings, the murder of Olu Falae’s guard in his farm, the killings in Ibadan and the latest being the heinous murder of over 40 Nigerians in cold blood in Enugu.

“We are worried that federal government seems to have maintained indifference to the wanton killings going on across the country against the provisions of the constitution,” the communique noted.

The group also expressed dismay that the Department of State Security (DSS) went to the media to say that they discover a grave in the South-east where they found the bodies of the Fulani men without any DNA.

“The DSS had failed to establish that the bodies is from any ethnic group. It’s an organisation for all Nigerians and therefore should be concerned and should make the report on the killing across the country not just what they called the killing of people from certain ethnic among the over 250 groups in Nigeria.

“We also reject the statement of the Minister of Information, Alhaji Lai Mohammed, that the federal government is working silently on this matter.

The Yoruba socio political group said in view of the fact that Yoruba nation has more than fair share of herdsmen siege in the country, the governors in the zone should meet on the matter.
“We demand immediate meeting of all South-west governors irrespective of their party affiliation and ensure that they meet to devise means to protect the lives of their citizens and property against these invaders who are rampaging everywhere.”

Speaking with THISDAY against the backdrop of Monday’s  killings of about 48 villagers by Fulani herdsmen in Ukpabi Nimbo in Uzo-Uwani Local Government Area of Enugu State, CBCN President and Catholic Archbishop of Jos, Ignatius Kaigama, stressed that the incident was a bad omen capable of worsening Nigeria’s fragile security status.

Kaigama who expressed great concern over the Fulani herdsmen menace told THISDAY that government must hasten the process of finding solutions to the attacks, as ignoring the current killings will send wrong signals across the nation.

He said: “It is a serious security challenge, it is necessary for the government to isolate the crisis, government should not take this lightly, there is need to get to the root of this, the killings have continued for so long.”

“We are already weighed down by Boko Haram, to allow herdsmen to unleash terror is therefore unfair, the president must be involved in this, he must be in the forefront of finding the solutions to the Fulani herdsmen attacks, the administration must be keen in resolving the crisis.

“The president should speak out, there are times when silent is not golden, silence is no longer golden now, the president has to speak to the nation,” Kaigama maintained.

Speaking further, the Director of Caritas International, an arm of the Catholic Secretariat of Nigeria (CSN), Rev. Fr Evaristus Bassey, said: “The issue is critical, cattle are part of our economy, there has to be a solution. Europe has cattle rarers also, they are not on the roads, not on the streets, not on the stadia.”

According to Bassey, the herdsmen have enormous financial resources and supporters in high places; hence, they easily resort to violence without first seeking peaceful means. “For us, these people are emboldened because they have serious backers. They know those who owned the cows, because they are no mean persons, they can afford rangers,” he stated.
Bassey contended that the guts with which the herdsmen attack their victims is an indication of the weakness of the apparatus of state. 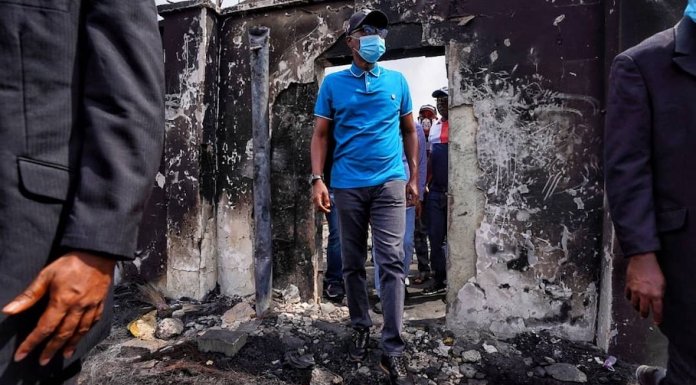