Former Governor of Jigawa State, Sule Lamido, monday said he would contest for presidency on the platform of Peoples Democratic Party (PDP) in 2019.

Lamido made this known to journalist in his village –Bamaina –in Birnin-kudu Local Government Area of the state.

He, however, said a party’s ticket was not given to anybody on the platter of gold, adding that a candidate must earn it.

“If my party finds me worthy of the party’s presidential ticket to serve Nigeria, I will thank God and oblige.

“Although there are issues in the party that we are all working to resolve, we hope to have success soon and come out united.

“As I’m talking to you now, we are working silently to resolve our differences and bring back to our fold those who left the party for All Programme Congress APC,” he said.

The former governor, according to the News Agency of Nigeria (NAN) held that the internal crisis in PDP was the reason for its defeat in 2015 general election.

He said the party had the capacity to rule the country again but the members must work hard to achieve that.

Lamido denied any rift between him and his successor, Governor Muhammad Badaru of the APC.
He stated that both of them had mutual respect for each other and he had no differences with him other than political ideologies.

Meanwhile, Rivers State Governor, Nyesom Wike has declared that the PDP will take over the reins of governance in 2019 because Nigerians have discovered that the APC, is a political party founded in deceit.

Speaking in Dutse, Jigawa State monday during the PDP membership mobilisation programme, Wike from the mammoth crowd that turned up for the event, said it was obvious that there was no APC in Jigawa State.

He said for tens of thousands to come out for an opposition event, it shows that there was no APC in the state.

He said: “What happened in 2015 has opened the eyes of Nigerians. Nigerians have lost faith in the APC. From what we have seen, it is obvious that Nigerians were deceived. They have seen the deceit of APC and they have returned to where they belong.

“They have seen the truth and they are back to their original party. The false stories of 2015 will no longer be accepted and come 2019, PDP will bounce back to power.”
The governor added: “I am going back to the Niger Delta to tell the people that PDP is fully rooted in the North.”

In his remarks, former Jigawa State Governor, Sule Lamido declared that PDP is the antidote of the APC. He said that PDP would provide answers to the developmental needs of Nigerians.
The National Chairman of the PDP, Senator Ali Modu Sheriff, said the visit to Jigawa State was to mobilise more people to register as members of the party.
He said: “There is PDP in Jigawa State, APC is finished.”

The Jigawa PDP Membership Regiatration Rally was attended by former Kano State Governor, Mallam Ibrahim Shekarau, former Kaduna State Governor, Ramalan Yero, members of the PDP National Working Committee, serving and former National Assembly members.However, a chieftain of the APC, Osita Okechukwu, has asked Lamido, to be ready to tell Nigerians what his party, the PDP did in the last 16 years to warrant another shot at the presidency.

Okechukwu who is the spokesman of the South-east zone of the APC, described Lamido’s declaration for the 2019 presidential ambition as a welcome development, saying the former governor has to tell Nigerians what his party, PDP could not do while in office for 16 years that he is coming back to correct.

Lamido had declared monday that he would contest for presidency on the platform of the PDP in 2019.

However, while reacting to the Lamido’s declaration yesterday at the national Secretariat Abuja, Okechukwu said Lamido has a constitutional right to run for the office but he must save Nigerians all form of sentiments.

“Why not as long as the person saved us the agony of not telling us that the South has been marginalised or the north has been marginalised then we are on the same berth. It is now incumbent on him to tell us his programme what he want to do that PDP did not do in the last sixteen years or whether for him, PDP did so well, if he tells us the PDP did so well, then we have enough armour and arms to confront him with.

“The most important thing is that he has the constitutional right to run for the office and if he is running for the office, he helps the Nigeria situation. Number one, he will not deal with the issue of ethnicity and religion, he comes from the same ethnic background with President Muhammadu Buhari.

“So at lease he has killed the two fault-lines. But then we should now know what is coming with, we will like to hear from him further what are his agenda, but anybody that parties along that line, he has save the Nigerian people the headache of ethnicity and religion I welcome that as a person because that is why the issue of the convention of zoning whether written or unwritten means.”

The APC chieftain, however, said it is not too early for anyone to start planning for the 2019 general election. 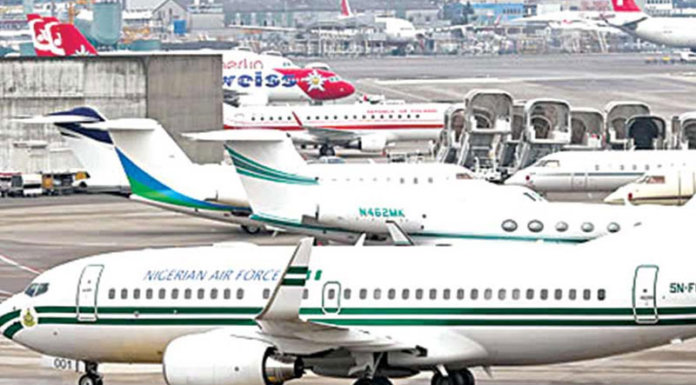