The management of the Nigerian Railway Corporation (NRC) has said the standard gauge rail lines in Nigeria will rejuvenate the country’s economic development when completed.
The acting Managing Director, Fridet Ohkiria, stated this after his maiden meeting with railway workers at the corporation headquarters in Lagos. The standard gauge rail lines are to be completed by the federal government, through the Ministry of Transportation.

Ohkiria said the main focus of the government is to drive the economy through the movement of goods and persons on the modern standard gauge lines, adding that to make the railway system investment-friendly and modernised, Nigeria must move away from narrow gauge to standard gauge lines.

According to the acting MD, “The cardinal goal of the federal government is to drive the standard gauge in order to attract modernisation, investment and consequently enhance the country economic development.”

“So since my appointment in February as the acting managing director of NRC, I have had series of discussion with my team on what to do to support the federal government in their bid the make the railway a reality. We are leaving the narrow gauge to standard gauge, and we are delighted to announce the arrival of five coaches which will commence the running of Abuja-Kaduna standard gauge line.”

Okhiria also announced the commencement of trial run in May 2016  “from there, we will kick off the commercial operations after one month. It is no longer news that the federal government is pursuing the cause of realisation.  We have been dreaming about commencing the standard gauge from Lagos to Kano, there will another one from Lagos to Calabar. We will ensure full completion of the Abuja-Kaduna and Itape-Ajaokuta-Port Harcourt standard gauge line soon to kick start the country economic renaissance.”
He noted that the main objective of his management is to fully support the government to achieve its dream by providing necessary professional support and advice as well as ensure that this dream comes to reality.

“Although we will continue to run on our narrow gauge, the standard gauge is our fundamental focus now. Presently, we run Kano-Lagos, Port Harcourt-Kano, Lagos-Offa and Lagos mass transit. We also have Port Harcourt- Aba and in due course, we intend to start massive coal movement on the eastern corridor to the Port Harcourt port. The director of operation is putting things in place to ensure that by June this year, the operation will commence,” he said.

Okhiria, who was the director of NRC engineering, disclosed that: “Presently, we move cement for Lafarge in Ewekoro, Ogun State, to the North and we also move containers from Apapa port to Kaduna and Kano dry ports.  We also tend to improve on the freight movement so that we can enhance our revenue. The management is of the view that we need to go out and bring our customers back in order to enhance our revenue ability. We have 40 pressured tank wagons which we hope stakeholders in the petroleum industry can make good use of.

“We are also working seriously on how to move Ashaka Cement to different area of the country. We had some bridge problems as which the contractor would not do now as a result of the crisis in the North-east region. But we are considering how we are going to move from the factory to the next available rail here. They will be here on the April 20 to finalise that agreement.”

The NRC boss stated that transportation is key to commerce and the key to transportation in Nigeria is railway, adding that “When you don’t move the people and goods en masse, you have not started. If they develop the road and the tracks, the roads will still go bad, because they are hauling heavy goods which are not supposed to be. The rail line has numerous economic benefits; one of such is generating a lot of employment for the nation. The multiplier effect cannot be quantified; therefore we need to support the dreams of the federal government to come to fruition.” 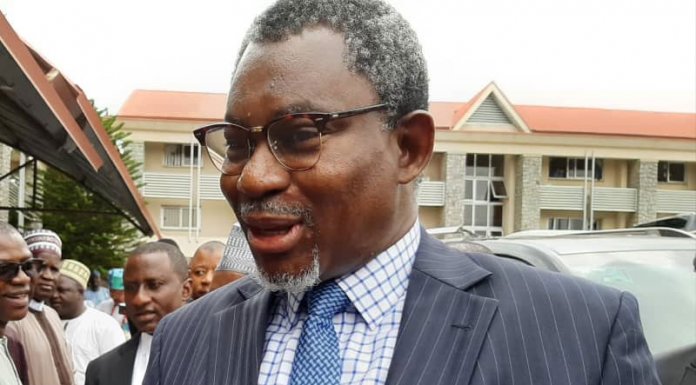