Iread with a mixture of pity and derision Ebere Wabara’s think piece titled “Between Kalu and Bourdex’’, in the Sun newspaper issue of April 7, 2016. From the strenuous effort Ebere put into the vain attempt at analysing the proceedings and outcome of the recent re-run election in Abia North Senatorial district, it was obvious he was under intense pressure to do his master’s dirty job.

At the end of the day, in Wabara’s attempt to compare Kalu and Bourdex, his application of verbal aerosol on his principal, Chief Orji Uzor Kalu, succeeded in adding further sepsis on his principal’s odious reputation. Wabara forgot the public relations’ maxim that scandal improves by refutation. Rather he insisted on revisiting the carnival of electoral corruption that was organised by the Peoples Democratic Party (PDP) and Peoples Progressive Alliance (PPA) during the better forgotten re-run poll of March 5, 2016.

On both issues of the personalities of Kalu and Bourdex and the conduct of the Abia North Senatorial re-run election, Wabara displayed thorough ignorance and thus took to hominem and bombast. Consequently, I did not, like Wabara, dismiss the inanities or wait to be prompted by my principal, before setting out to confront the cocktail of shibboleths with material facts. At least the potential for lies to adorn the white garment of truth, if not refuted, is well known. We shall presently proceed to tackle Wabara’s gobbledygook on those two subheads:
Abia North re-run poll.

Wabara talked about “intemperate and scurrilous language on the eminent personage of Dr. Kalu”, stressing that “instead of addressing electioneering issues pertaining to the re-run poll, this hate campaign organization made Dr. Kalu the butt of its vicious canvass for votes…” Perhaps, Wabara did not want to inform his readers that the Bourdex campaign organization was using every available communication tool to call public attention to the devious antics adopted by the PPA candidate, who from all intents and purposes purposed to triumph through cheating.

Precisely, prior to the referenced AIT programme that Wabara tried to dismiss, Chief (Dr.) David Onuoha-Bourdex MFR, OON; as a refined gentleman, wrote Kalu a letter, complaining against his (Kalu’s) predilection to sharp practices. Dated February 5, 2016; with the title: “Unethical Campaign Methods/Practices-Need To Exercise Caution and Decorum”, Bourdex itemised the many instances of Kalu’s attempt to confuse voters in Abia North Senatorial district, majority of whom show preferential support for APGA and Dr. Onuoha-Bourdex.

Wabara could not claim ignorance of that letter because it was widely reported in national newspapers and online media platforms. But if his antiquated ideas do not include the ability to use the modern tool of google, here are excerpts: “My dear brother, Orji Uzor Kalu; I feel constrained to write you this letter after noticing a series of unethical conducts from your campaign organization.

“Not long ago, a malicious rumour was engineered and spread through news outlets owned by you to the effect that the Independent National Electoral Commission (INEC), has disqualified APGA from the re-run election ordered by the Appeal Court.
“As if that was not enough, your campaign staff went to town announcing to our people that all candidates, including my humble self, have stepped down for you. I do not know whether you sanctioned these pernicious rumours, but since you have not done anything to discourage them, I wish to bring them to your attention.

“And as if the only effective strategy open to your campaign organization was subterfuge and public deception, campaign posters with your picture and party symbol and the APGA logo superimposed on them, were posted on various public places around the senatorial district.
“Now, your Excellency, I do not expect that after spending eight years in office as governor of this God’s Own State, you should allow your aides to descend so low in adopting such desperate tactics for a mere senatorial seat. I have therefore decided to point out these anomalous developments that could cause confusion, undermine transparency or precipitate crisis in the senatorial zone; so that at least, you could rein in your supporters and ensure that you show them good examples through honesty and integrity.”

What Wabara and his principal fail to publicly acknowledge is that evidence abound in Abia North Senatorial district that Dr. Onuoha-Bourdex was the candidate to beat in the re-run. This fact propelled them to employ devious methods to deny him and APGA of victory a second time.
Most importantly, Dr. Bourdex informed Kalu that “the era of winning elections by hook or crook is gone.” “We have to remember also that these young ones are watching us and do only those things that would encourage them to toe the path of moral rectitude, honesty and good conscience,” Bourdex reminded Kalu.

Despite those warnings, Kalu and his supporters continued in their dubious tactics, leading to the ultimate rigging contest between PDP and PPA during the re-run. These instances are very evident: For instance there was no voting in Ndi Elu and Ndi Agbor Nkporo where PDP claimed to have won close to 13, 000 votes. The results were written outside of the polling units. Of course, those results were initially rejected by the INEC E collation and ward collation officers who were later overruled by the INEC commissioner who was determined to deliver his PDP candidate. The LGA collation officer was compelled and or induced to accept them at Ohafia. Both PPA and PDP did not win the election. A greater percentage of their results were just written.

In a moment of contrition Senator Mao Ohuabunwa told journalists about his reservations on the use of academics as ad hoc staff in the conduct of elections. Perhaps he was talking out of experience but he reportedly explained how the dons have turned elections to a sort of stock exchange. Again, Wabara should google ‘Ohuabunwa on INEC use of academics in elections’, to see we did not make up things. The Form EC 8B (1) for UMU-IMENYI where PPA scored 748 votes and the Form EC8C (1) the LGA collation for where those scores were changed to 5497 votes by Prof. O.B. Emerole who signed the document are public documents with INEC which can be verified.

In his belated attempt to sanitize his principal, Wabara veered off into intellectual masturbation by claiming that desperation could be equated to passion. What a pity! The desperation, which the Bourdex Campaign Organisation attributed to Kalu was that of panic that overshadows reason. It was obvious from the manic methods he adopted, that Kalu wanted the senate seat inordinately for other ends. The criminal investigations trailing his exit from Abia State Government House could be one of them. Perhaps when youths in Bende rejected his few bags of rice, it was Kalu’s passion to win the election. Good a thing, Bourdex had pre-informed Kalu that “the era of winning elections by hook or crook is gone”.

And by describing the Abia North Senatorial seat as an “icing on the cake for Kalu’s superlative credential”, Wabara unwittingly reminded readers of his principal’s many deficiencies.
On personal accomplishments, Bourdex’s antecedents are well known as a real entrepreneur, especially his innovative exploits in bringing telecommunication revolution to the South-east and South-south, notably the former Eastern Region. For his developmental strides and patriotism, Bourdex was on two occasions decorated with national honours namely, Member of the Federal Republic (MFR) and Officer of the Order of the Niger (OON).

At a time the federal government had to renounce that it ever conferred the MON he was parading on Kalu. In his disingenuous inclination at counterfeiting, we suddenly started hearing of a new version of MON: Madu Oha N’ile. Again, contrary to Wabara’s ill-fitting epithets to eulogize Kalu’s perceived wealth, it is well known that whatever billions he claims to own came by way of access to politics and governance of Abia State. All that was known about Kalu before 1999 was of a school dropout doing petty buying and selling as well as acting as proxy to public officers.

In contrast, the billions Bourdex owns are the proceeds from hard work, genuine enterprise and from private and prudent investment. Bourdex has never been in government or done government contracts. He believes that public service should be a means of giving back to the society not for personal aggrandizements or ego boost. That explains why he did not resort to rigging to serve the people. What is more, Bourdex is not being hunted by any anti-graft agency for any missing billions from government coffers. Can Wabara say same of Kalu?

One question that Wabara should join Kalu to answer is why someone who ruled a state for eight years would be eager to represent a third of the same state as a senator if not for ego and to re-launch oneself politically. Politics, being the only avenue for self expression and source of living for the one!

Unfortunately, as Kalu awaits another re-run by “God-fearing officials from INEC”, Nigerians, particularly the good people of Abia State, are also eagerly waiting to see what the Economic and Financial Crimes Commission (EFCC), would throw at him in the dock from May 16, 2016 when his trial for N5.6bn alleged fraud case begins. And in a kind of poetic irony, EFCC would be varying the charges against him from 107 to 112, a similar way votes in the Abia North re-run were randomly appropriated by PDP and PPA, the Siamese twins of political and electoral corruption in Nigeria and Abia State.

For us in the Bourdex Campaign Organisation, we maintain that there should be an end to litigation. We have made our point and the people of Abia North Senatorial District know full well that Onuoha-Bourdex won the election fair and square; having polled the largest number of valid votes sans padding, on March 5, 2016.
Those who insist on taking the people’s mandate by heist should remain in the mud (apologies to Fashola) and suffer from seared conscience in their eternal guilt! 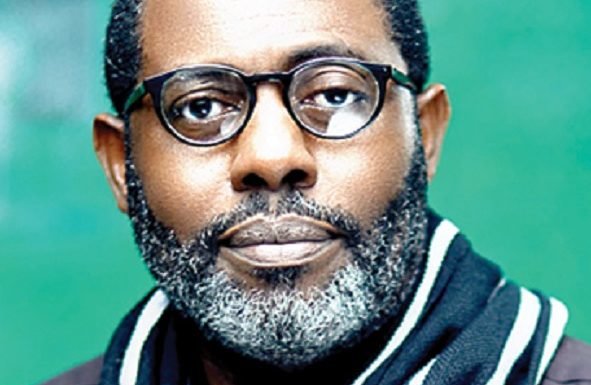