To take advantage of European refiners Spring switch to stockpile petrol
Chineme Okafor in Abuja
The Nigerian National Petroleum Corporation (NNPC) on Tuesday said one of its refineries, the Port Harcourt Refinery, has again started refining petrol after it was shut down some months back.

The corporation said during a monitoring exercise of petrol distribution and sales at filing stations within Abuja and its environs that the refinery now produces up to five million litres of petrol every day since it came back on stream last week, adding that it expects its other refinery located in Kaduna to come back on stream next week.

On his part, Muhammad also alleged that the corporation had intelligence report that the scarcity of petrol Abuja was being complicated by instances of multiple purchases by taxi drivers whom he said have now abandoned their taxi businesses for black market sale of petrol.

“Port Harcourt has been refining for quite a while now, from last week, between three and five million litres. We expect Kaduna refinary to begin any time soon and we also have vessels discharging fuel and so, all these combined measures will bring down the situation,” Muhammad said.

He further said: “When you have this kind of situation, people will naturally get agitated but people are getting calm now because they know the supply gap has now been bridged, and it is a question of distribution now. They are all patient and that was what happened in Lagos. The situation has virtually normalised in Lagos because the motorists cooperated.
“Still, there are some hitches here and there but improvement is what we are counting on and it is what we should be expecting.

“People always take advantage of situations and now we hear taxi drivers now take advantage of the situation and find it more profitable to join queues and round trip to sell to black market operators than doing their business. We will need to devise means of stopping people from diverting and round tripping.” Ezeala who confirmed that the Port Harcourt refinery was back on stream as well as the activities of the taxi drivers,  explained that the corporation had increased daily products truck out to Abuja. He said Abuja and its environs got up to 204 trucks of petrol every day and should have no reason to still experience scarcity of petrol in its filling stations.

Speaking on the NNPC’s intention to take advantage of the shift by European refiners to petrol refining following the spring period, Ezeala said: “What happens is that during the winter period, European refiners shift their production to meet demands for heating oil in their countries and it becomes expensive to source for petrol and that was what we saw in March, but now that the spring has turned around, we are seeing them turn again to refining petrol and we will take advantage of that to stockpile our reserve because it is cheaper.” 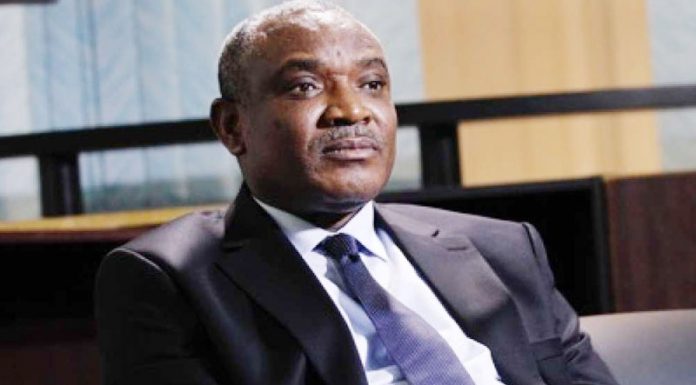