As the current high foreign exchange rate continues to negatively affect all sectors of the Nigerian economy, particularly students schooling overseas, some parents and educators have suggested other alternatives. Peace Obi reports

The unprecedented rise in foreign exchange rate has continued to affect Nigerians at various degrees. The country’s overdependence on imported goods and services has made the situation worse.

The country does not only depend on foreign countries for good healthcare services, household materials, textiles, among others, as overseas education is also on high demand.

The naira, which floated between N230 and N260 against the US dollar in December 2015, has fallen as far below as N350 and N400 at the parallel market Thus, Nigerian parents whose children are studying overseas have to spend double or three times the amount they used to spend on their upkeep.

While parents are not only contending with the high exchange rate, the non-availability of the forex either at the banks or even at the black market to meet up with their financial obligations to their children has remained a snag that refused to go with time. The situation has left some of the students stranded abroad.

As parents grapple with the problem of increased cost of their children’s education abroad, educators, parents and concerned individuals are considering workable alternatives.

As a resident in the United Kingdom, Margaret Olu Elliott said several options abound for affected students and their parents to explore. These she said include negotiating with the schools to pay in installments; teaching their children to budget and cut down expenses, share accommodation, cook rather than takeaways, minimal social life, getting them to work, among others.

While advising parents to allow their children to work, Elliott said: “In UK, I believe degree level course students are allowed 20 hours a week term time and full-time work during the holiday.”
She said working while in school aids ethics, promotes financial management, resilience, time management, social skills, work experience and discipline; she added that it looks good on the CV and that some of the companies retain such students after graduation.

Elliott, who noted that even at a minimum wage of six dollar per hour, it gives a reasonable tax free income to the students, and that students should be encouraged to work, more so when temporary financial issues arise.

Presenting an option she titled a ‘Gap Year’ the educator noted that many students take a year off to do some volunteering anywhere in the world, adding, “it builds character, strengthens resolve and opens up new avenues. It prepares for the life at work too. For the parents, it gives a little space, allowing them a year to re-strategise or save.”

She described another alternative ‘Rod in Your Hand’ as when parents take the option of selling off some of their investments to meet the immediate needs of their children’s education, but noted that it is an option many parents do not want to hear.
“If banks or even family loan were available, especially where the child is already in, it is therefore a waste to pull out.”

For Onikoyi Enoch Abiodun, no one saw the situation coming and now that the unexpected has shown up, the best anyone could do is to proffer solution, starting with a short-term to a long-term solution. He said it is time for Nigerians to play up their patriotism, purchase things in the country at the expense of travelling abroad to get them; patronise tertiary institutions in the country, especially the private universities, among others.

Abiodun, who noted that the country has good private universities that can conveniently fit into the needs of the students studying abroad, said, “for now, parents should decide on bringing their children back to Nigeria and look for reputable schools to meet their needs and establish themselves as stakeholders to help solve the problems facing our dear country.”

Bemoaning the state of the country’s higher institutions, he said, “the challenge we are facing is a chain type, our system of education is a flop, most especially the federal and state universities which need urgent attention.”

He also stressed the need to diversify the economy through educational training as a basis for solving the problem of youth unemployment, adding that if that is done, “creativity will set in, entrepreneurship will become the order of the day and Nigeria will start producing competent, disciplined, intelligent, outstanding and world-class citizens and problem solvers.”

An educationist, Mr. Akeem Akinfenwa, who described the situation as a tough one to deal with, said the sharp increase in the exchange rate from N180 to as high as N320, N400 and N420 and the non-availability of the foreign exchange to end users is a difficult issue to tackle.

He said withdrawing their children from schools overseas may be a hard pill for parents to swallow and that parents could consider bank loan, personal savings and letting go of some of their investments. He said students could tap into such opportunities as part-time job and should take their studies more seriously so as to justify the huge sacrifice and investment their parents are making to have them retained in schools abroad.

Akinfenwa, who urged parents to view different options available to them and make the right decision, said “the time to start saving is now against September. Secondly, some of our over-investment in some things needs to go. I often wonder why people who have three to five houses, several cars, expensive jewelries are looking for soft loan when one of those houses can be sold to sort out some of these problems. Why hold on to those properties when you have a brilliant child doing well and deserves a better education.”

A parent, Mrs. Yemi Wilde, who advised parents to consider alternative foreign exchange, rather than depending on the official price by the Central Bank of Nigeria (CBN) in paying their children’s accommodation fees and in some cases, school fees, however noted that if parents cannot afford to pay for their children’s education through alternative forex market, it is better to bring the children back home to continue their studies.

Wilde said parents could consider “bringing their children back to Nigeria, if Nigerian universities offer their course of study. For mid-level students, they may consider a year hiatus or take them back to Nigeria. If the student is in final year, find means of looking for foreign exchange even if a loan has to be taken. But where the student is studying a course not offered in Nigeria, it is going to be tougher; the parent may consider transferring to a country with cheaper education.”

Preparing the minds of fellow parents on a likely future occurrence, Wilde said, “I just paid hostel fees using bank rate of N412 because the bank I used said CBN is not paying hostel fees if it is not part of the school fees. Parents had better be prepared for bank rate and not CBN rate this September. There is no guarantee that CBN will release funds on time and the students may lose their positions if that happens.”

An education consultant, Mrs. Rose Omonubi also suggested that parents who cannot afford the present cost should bring back their children to Nigeria; search for cheaper education from other countries and sell off some investments. “We should prioritise our children’s education. We could look for cheaper options. Many institutions are offering up to 50 per cent scholarships and other incentives to Nigerian students because they cannot afford to lose this market.”

She added: “Some parents that originally wanted their wards to do A’ Level or IB can now opt for foundation or even International Year One. These are shorter ways that save cost, especially if you are not studying medicine. It is not easy to stay abroad without money.”
Identifying two major factors, capacity and quality, to be responsible for Nigerians’ demand for overseas education, Abiola Anyakwo, said as long as demand outstrips supply, students would still seek to study abroad.

On the issue of quality, she said, “we must certainly look into ways to improve what is on offer in Nigeria. There are pockets of excellence here and I have come across many high achieving students who had their educational foundation in Nigeria and who are thriving all around the world. Unfortunately, our education sector is not immune to the malaise that seems to threaten many industries in Nigeria.”
Anyakwo said another alternative for those who desire UK degrees, particularly in business-related courses is to start year one in Nigeria and save up to 50 per cent on both tuition and living expenses.

She said the huge saving could be pushed for year two and three when the students progress into a UK university.
For Laide Olajumoke Ogunbekun, education as a product cannot be marketed without considering the environment the offer is made. She said bringing the students back home may not be the best option considering the near-absence of social amenities and other problems peculiar to Nigerian tertiary education.

“At the moment, the child should get a part-time job while we look forward to the nation’s economy becoming stable and better. Parent will still be sending some money as well.”
According to Mr. Dipo Ojedeji, the current situation is a challenge to government and other stakeholders in the country’s education system to build a university system that can compete with foreign institutions.

“We need to start with the infrastructure, the human capital at the same time. Train them to match the global standard and let us charge half of what parents pay out there, we will get the same result for the tertiary level. It is an opportunity to build our education system and those who can pay to do so. Create environment that match anywhere out there. We should not be involved in pushing for forex options. If the institutions out there can do it, we can.”

According to an education consultant, Mrs. Yinka Ogunde, “I think seeking cheaper alternatives seem to be the viable option in the interim, but we must also look for ways of improving our schools here. Above all, count the cost before you get in because abroad in any currency is still a very expensive venture you need to do your research well.”

Exam Malpractices Won’t be Tolerated under Me, Says Kwara Gov 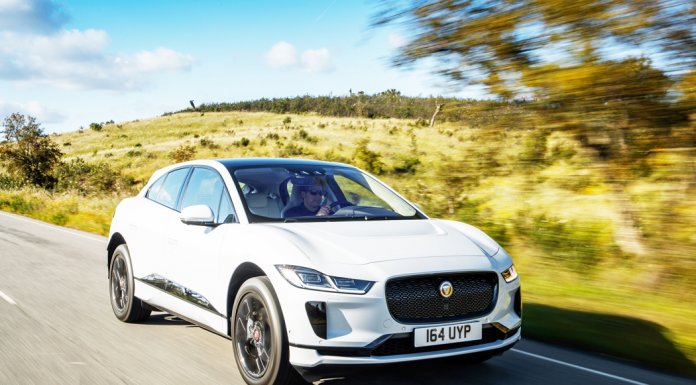