Ekiti State Governor, Mr. Ayodele Fayose, has accused the federal government of suffocating Nigerians by planning to increase the Value Added Tax (VAT) from the current five per cent to 10 per cent.

Fayose described the move as insensitive to the plight of Nigerians who are suffering from the alleged bad economic policies of the President Muhammadu Buhari-led All Progressives Congress (APC) government.

Vice President Yemi Osinbajo had last Thursday in Lagos said the current five per cent VAT rate in the country was very low, and went on to add that the federal government would increase the taxpayer base this year.

But a statement by his Special Assistant on Public Communications, Lere Olayinka, Fayose said any increment in VAT or any other tax being paid by Nigerians at this time would further make life unbearable for the people.

“Under three months, electricity tariff was increased despite epileptic power supply, N50 stamp duty was imposed on bank customers for money received into their accounts via electronic transfer, cash and cheques; petrol is being sold for as high as N400 per litre and now they are talking about increasing VAT to 10 per cent, this is the height of insensitivity to the plight of Nigerians,” he said.

The governor, who lamented the increase in the cost of living of Nigerians, occasioned by the bad economic policies of the federal government, said: “Even recent figures from the National Bureau of Statistics (NBS) revealed that prices of food have hit a record high and inflation is worsening.

Meanwhile, Fayose has said he would surprise the indigenes of the state with array of developmental projects before the expiration of his tenure in 2018 in spite of the parlous state of the economy of the state caused by dwindling revenues from the federation account.
Fayose, however, pointed out that this could only be possible if Ekitipeople are united ad see themselves as one, regardless of political affiliations.

For probity and accountability to be realisable in the governance of the state, Fayose promised to render quarterly account of his stewardship to Ekiti leaders and charge them to also make other public office holders do same.

In a statement in Ado-Ekiti yesterday by his Chief Press Secretary, Mr. Idowu Adelusi, the governor stated this in Lagos at the weekend at this year’s Ekiti Day organised by a social-cultural group, Ekiti Parapo, Lagos.

Fayose, who is the patron of the group, said Ekiti is endowed with quality human resources who could take it to higher height, but political bitterness and division were hindering that.
He frowned at a situation where some people, for political reasons, would want to set the state on fire because they lost out in political contest.

In his welcome address, the President, Ekiti Parapo, Lagos, Chief Esan Ogunleye, decried attempts by some people to link them with political parties.
According to him, the group would always remain apolitical and focus on ways of developing the state instead of dabbling into politics.

However, the state chapter of the APC, has declared that the alleged ban imposed on Fayose and members of his family by the United States of America was a punishment for alleged electoral fraud and $81million financial frauds.

The party also blasted Fayose for criticising President Muhammadu
Buhari for proposing Special courts for electoral offenders, describing it as an attempt to silence opposition.

INEC’s call followed cases of violence resulting in killings during elections, saying that the establishment of election crimes court would curb the trend.
Fayose objected to the proposal, saying that it was a ploy by the federal government to appoint cronies into such courts to manipulation the judges to give favourable judgments to the ruling party.

The governor also said the federal government would manipulate the federal institutions, such as the police, army, Department of State Services (DSS) and INEC officials to implicate members of the opposition in such election crimes courts.
But APC Publicity Secretary, Taiwo Olatunbosun, said in a statement yesterday that by opposing the proposal, Fayose was afraid of his own shadow by the way the federal institutions he listed were manipulated to help him win the June 21, 2014 governorship election.

“The United States had already delivered her judgment on Fayose over alleged $81m fraud in Ekiti State funds, political killings and election fraud by imposing travel ban on him and members of his family.

“His electoral fraud manifested in using the army, police and DSS personnel by the PDP-led federal government to help him win his election while Fayose himself said in Captain Sagir Koli’s secretly recorded tape that INEC gave him sensitive soft copies that he printed to win his election.

Some of the officers in the army have lost their jobs over Fayose-induced election crime.
“It is because of the people like Fayose that INEC is calling for the election crime court proposal, yet this is the same man that is afraid that these same federal institutions would be manipulated in favour of the ruling party just because he knows that they were manipulated in his favour to win his election by the PDP-led federal government. What hypocrisy and lack of integrity,” Olatunbosun said. 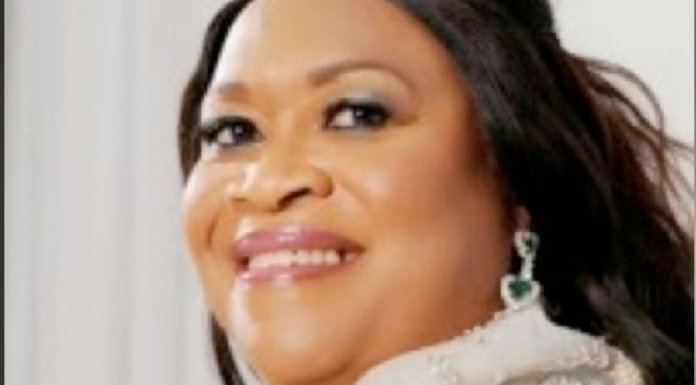 The Triumph and Grace of Olayinka Adedayo at 70

Why FG Should Involve Public in Revision of Nigeria’s NDC, Climate Action Plan

“We enable ATM Withdrawals Without A Card” – Ecobank