Iam writing this to you for two reasons. One, as a very passionate Nigerian who wants you to succeed, because in your success is ours. Two, as a professional who believes you definitely need help at this point. And I am not playing any blame game; you are probably already under immense pressure, and blaming you can only aggravate the situation.
I am writing about the situation in the land. I don’t know how much time you have for news; whether you read the papers or your aides simply extract details from you. I don’t know if you watch TV, or you are like President Olusegun Obasanjo who curiously boasted that he didn’t read local newspapers and wasn’t watching local television stations. Sir, whatever may have been your stance, the news out there is not very good.

Today, Nigerians are suffering in more ways than you would believe. And I am not talking about the endless queues for fuel that never arrives. There is no electricity either. As I write this, we have several homes and business facilities have all manner of generators on using fuel that is hard to get. Worse, the power companies have increased tariffs even when we are not getting value, with the promise that the additional income would help them operate better. So we are funding their investments when we are not stake or shareholders.
Things are very expensive in the markets. Companies are labouring to keep their plants open because they cannot get enough forex for packaging and raw materials. People are complaining about too many things. I don’t even want to talk about parents who are finding it hard to get forex to fund their wards’ education outside Nigeria; we have been repeatedly told it’s indulgent to send children out for quality education. No one is talking about the reason why this is happening, that the overall quality of public education is down and private schools cost as much as sending children out.

Sir, I believe it’s time to speak to Nigerians as a father and the President in a State of the Nation Address. Usually we are told that silence is golden; this is one time when it is not. You missed the opportunity to say some critical things during your inauguration. Many had hoped that instead of the eleven minutes speech, it would be an opportunity to form the basis for bonding with your people. At that time, it would have been appropriate to let Nigerians into the mess you inherited, far worse than what you feared. It would have helped if you told us that as a result of this, some election promises might be slow in coming or might not even come. General Ibrahim Babangida was a master in this communication style. You were so hugely popular then that Nigerians would have understood and would have empathised, and would have accepted your words.

Now the things you did not say are happening and everyone understandably is upset with you because let’s be honest, you and the All Progressives Congress (APC) on which platform you came to power over promised during the campaign. It was understandable that after three unsuccessful attempts, you were throwing in all to clinch the ultimate prize. Still, some of the promises were way above reality. The chicken has come home to roost. People are asking for the Change you promised us. And Sir, don’t be upset, for as long as you promised, Nigerians have a right to demand a performance. Unfortunately, the government communication machinery has not rallied to cover these areas and your flanks.

Mr. President, the effect is that we have this gap between you and your people. They are wondering if you are aware of their suffering. They are asking for the Change they voted for. They are not getting answers; instead they are getting plenty of excuses and spin and propaganda, but not the genuine truth they crave. And mind you Sir, they know things are tough. They are literate enough to know our oil is not selling. But they are not hearing it from you in a way that suggests you care. And don’t let the spin doctors deceive you, this is not about PDP and APC; I have lately heard die-hard APC stalwarts totally condemn your administration and the party.
What to do?

It’s time to speak to Nigerians. I am not talking about one of those interviews where the questions might have been agreed before the interview session. I am talking of direct one-to-all communication, where you will address every Nigerian. It’s time to let us know how we got to this pass, the efforts you are making, the huge challenges you inherited and have to manage, the plans and work in progress, the good times that are ahead, the hard and painful fact that Nigerians once more must be prepared to sacrifice again at this point.
Fortunately for you, Nigerians are not like our North African brethren who will riot over a few cents increase in the price of bread; Nigerians are patient and stoic and don’t really demand too much. Some of your ministers have not helped. Ibe Kachikwu has forgotten he is no longer in Mobil; he spoke with impatience to a people suffering from the incompetence of his ministry. Lai Muhammed? I do not want to say anything that may upset His Imperial Majesty!
So Sir, choose a date you want, let the best of your wordsmiths prepare a speech after discussing with you. Open up to Nigerians. Give the necessary assurances. Many smart leaders, especially the Americans do this during periods of crisis; and trust me we are in a period of crisis at this point. I assure you Sir that your speech will calm many frayed nerves and give hope to many who are so despondent now.
We are praying for this government and your good self. But we also owe it a responsibility as part of our civic commitment to tell you things like this; it is not unlikely that within the hallowed chambers of the Villa, words like these are a taboo. Nigerians want to hear you. Nigerians want to hear from you.
Mr. President, Please do it!
–Akinwunmi, frpa is the Group CEO of Prima Garnet Africa and gthe immediate past chairman, APCON 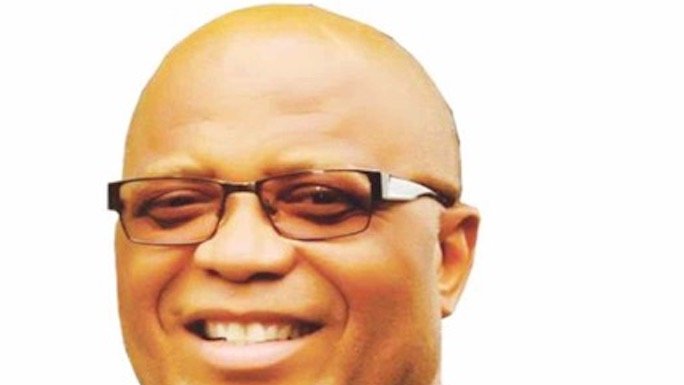