Sam Akpe
Asiwaju Ahmed Tinubu is not an ordinary Nigerian politician. That is, he is not a politician in the mould of every other politician. Neither is he a businessman like all others. Wherever and whenever you place him in a crowd of politicians or business people, he stands out; not because he is physically taller then everyone in that category or that he possesses more enterprising business acumen than all of them, but because his height is commanded by uncommon values. The man is in the inside.

When Tinubu speaks, we all listen; not because we all agree with him; but because we do not want to miss whatever he has to say. His words are weighty; just like his political might; and they don’t come quite often except during political campaign era. Whether you agree with him in totality or partially, or you don’t agree with him at all, you are somehow persuaded to hear him out and perhaps make sense or nonsense out of what he says depending on your perception of him. In the Nigerian political arena of today, Tinubu cannot be ignored. He is the godfather of many politicians; and up-coming politicians.

A few days ago, Tinubu spoke again; and even the oven started to sneeze. It was not at a political rally; nor at his 64th birthday cebration which was marked with a presidential presence last Tuesday. He spoke on the state of the nation. He did what he hardly does: he issued a statement and signed it by himself. He took on a helpless minister of state appointed by his party, the All Peoples Congress, landed him a hard knock and gave him marching orders to quit the government he (Asiwaju) laboured to put in place, if he could not deliver on the promises of the party. That is the trademark of a godfather.

For the avoidance of doubt, the big politician has done in this country what others have only dreamt of. No one can deny the fact that the present APC government at the centre is his baby. He moulded the idea of a mega party, nurtured it, brought it into being; and put it on the throne. While others sat back to speculate on who among the presidential candidates would command the ultimate national acceptance that would be forceful enough to unseat the party in power, Tinubu knew that sometimes it is not the person of the masquerade that attracts and generates applause, rather, it is a combination of the costume and the drumbeats. That is how godfathers reason.

Truthfully, Asiwaju cannot, under any circumstance be denied the credit for the emergence of Muhamadu Buhari and Yemi Osinbajo as President and Vice President; respectively. With a combination of both decent and foul language campaigns, he brought them to power. Unfortunately, he was denied the opportunity of crowning the Senate President and the Speaker of the House of Representatives. That, according to political observers, still remains an unfinished project. In addition, it is still not clear why none of the ministers serving in the present administration was his candidate. It has been reliably confirmed that all his nominees were dropped for reasons that are not relevant to this discussion.

It is therefore natural and absolutely understandable for Asiwaju to be annoyed or disappointed if an administration he has played an undeniably significant role in, tends to be strolling off-course. In order to assure Nigerians that he is not in agreement with what is happening, he needed to speak out publicly and in no uncertain terms. Whether speaking out publicly in the manner he did was the right thing to do is a completely different issue. Many Nigerians have disagreed with his method of protest and the language he used, while others believe he did the right thing to publicly dissociate himself, as a party leader, from the pains the ruling party has been inflicting on Nigerians.

A little background is necessary here. Minister of State for Petroleum Resources, Emmanuel Kachikwu, had last week dropped the bombshell to the effect that the current life-threatening fuel scarcity will continue till May. He made it clear that while all hands were on deck to ensure surplus supply of the different products to the consuming public, it would only take a magician to change the situation overnight. The Harvard-trained lawyer, whose experience in the oil industry places him in a better position to handle Nigeria’s oily business, may not have known that his statement would be understood in a completely different perspective by Nigerians; particularly, the APC godfather.

Some commentators have said that the statement by the minister can be viewed from two perspectives. First, he must have spoken out of frustration; as observed by Asiwaju himself. It was another way of saying: hey, I don’t want to make a promise and then disappoint. This issue cannot be resolved within a twinkle of an eye. Bear with us. We are doing what we can but there is no magic about it. If the solution surfaces faster than it looks, that will be good for the nation. But no matter how long it takes, be assured that we are working hard to end it sooner than you think. We should be able to find a way out soon, very soon.

The second angle to his statement must have been an attempt to tell Nigerians the truth. For too long, we have been deceived so many times. Government is used to saying “plans are in the pipeline” to solve every emerging problem. No one knows how long the pipelines are; and when those plans will become solutions. As someone said some time ago, such promises have often made some angry Nigerians in the Niger Delta region to start breaking the oil pipelines in attempt to sight the plans. For once, perhaps, a government officer decided to tell Nigerians the truth about the state of things.

However, Kachikwu should have been conscious of the effect that his statement would have on the populace. We all know that he is not a politician; but as a technocrat, he should have known that every government policy determines or regulates the pace of events in the society. It is also pertinent to ask: when did telling the truth about the state of affairs become an offence? It was easy to observe that while Kachikwu, a technocrat, spoke from the heart, Asiwaju, the godfather of APC politics, spoke to gain applause. You can hardly fault the two of them. Everyone has a mission.

A few hours after Kachikwu made that statement, the cost of petrol in the ever-booming black market in Abuja went up by almost one hundred percent. Ten litres of petrol previously sold in the black market in Gwarinpa Estate at N1, 500 immediately climbed to N2, 500. All the filling stations across the city except those directly managed by the Nigeria National Petroleum Corporation were shut down by the owners who found the black market business far more profitable than selling the product at the official price. Thus, the negative ripple effects of Kachikwu’s innocent statement sparked a wild fire of unbearable hardship nationwide.

In a country where almost everyone has been driven into a position of fear by hunger; poverty and rampant unlawful arrests and detentions, it took someone with the guts of Tinubu to speak out. His words were stinging, tingling and scary. Some people actually believed that Tinubu was not out to intimidate Kachikwu; neither was he speaking for the masses.

The unsubstantiated feeling in many quarters, including the media, is that the former governor of Lagos State simply used the opportunity offered by Kachikwu’s unacceptable statement to express his frustrations in what is happening in the present administration, in terms of policies and directions.

Can this true? It’s difficult to prove. An incurable apolitical colleague tried to justify this assumption when he quoted Ambrose Bierce who defined politics in his The Devils Dictionary as strife of interest masquerading as a contest of principle; or the conduct of public affairs for private advantage. His thinking is that our dear Asiwaju must have been pursuing a personal agenda under the guise of fighting for public good. This however, could not be traced to his statement.

It was K. J. Parker who once said that in politics, it is what is not said that matters. In other words, you can read what has not been said from what has been said. Those who believe that Tinubu’s target was not Kachikwu but the government generally may have their own reasons. One school of thought had it that since President Buhari is the Minister of Petroleum Resources; Tinubu knows very well that attacking Kachikwu is the same thing as attacking Buhari. In addition, he knows that Kachikwu may have been merely a messenger and not the message.

Whatever the case, the political titan has made his point; and he got every newspaper screaming with banner headlines. Kachikwu has since apologised, because “to err is human.” When the godfather speaks, the technocrat bows. Case closed?
––Akpe wrote from Abuja 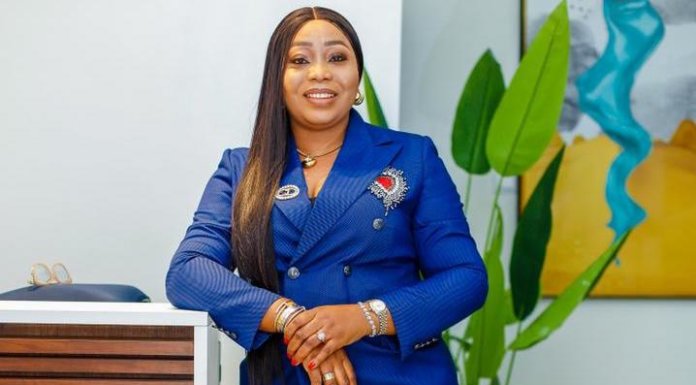