With the current security challenges in Nigeria vis-a-vis the recent Brussels airport attacks, Chinedu Eze writes on the need for the federal government to take adequate measure to secure the nation’s airports

Aviation security experts and other airport users have been calling on the federal government to take urgent steps to secure the nation’s 27 airports following the heightened insurgency in some parts of the country.
They had stated the need for the government to deploy modern security equipment at the airports as well as ensuring effective screening of travellers and baggage.

The incidents of stowaways from Nigeria dates back to 1980s, when people hide themselves in the aircraft wheels and were taken out of the country. Many of them lost their lives in the process. One remarkable incident involved a 13-year old boy Daniel Ricky Ohikhena, who hid himself in the aircraft wheel-well in Benin and was brought to Lagos in Arik Air flight.
Experts argue that if stowaways could access the airside areas easily because of security lapses, terrorists can also gain entry into the aircraft with ease.

Aviation security expert, Group Captain John Ojikutu (rtd) told THISDAY that the Brussels attack was beyond airport security alone. He said it was more of a national aviation security noting that intelligence plays a critical role in any security system.

“Does government have people among the homegrown terrorists on the watch list or does it have any on no-fly-list? Does government security or intelligence agencies share any of these with the airports or airlines operators to enable them keep surveillance on them. Does the National Immigration Service (NIS) share passenger names records with other countries as it has been done in Europe the US?”

Furthermore, the security expert queried how secured the airport access control is and how the government has taken care of insider’s threat.
‘’These are intelligence network, preemptive action and surveillance and not a job for snif.fer dogs.

“Remember, it took us over eight years before we could put faces on those within the Boko Haram cell that the military has now put on the watch-lists. The question now is, are these persons on the watch-lists for aviation security? Have we shared their list with the responsible authorities at the airports that need to know?

He added: ‘’ln all these, all access/entrances into all passengers terminal buildings must have baggage screening machines to detect explosive vapour. The same should apply to passengers.”

The level of safety breaches all over the world, indicate that more actions needed be taken to fortify the airports. On Tuesday, Egypt Air airliner carrying dozens of passengers and several crewmembers was hijacked by a passenger who threatened he had an explosive belt. The plane was forced to land at Larcana airport in Cyprus.

When the pilot was told by the hijacker that he had explosive belt, the pilot did not express any doubt. Industry analysts said the action of the pilot showed that he didn’t have confidence in the security apparatus at the airport, possibly knowing that a person with explosive could sneak through the security screening process without being detected. Industry observers also argue that the hijacker could do this with insider cooperation, which was evident in the Sham el Sheik bombing of Russian airliner last year.

It has even become more frightening when security apparatus in an airport could be perforated by insider threat.

Nigerian airports passengers have often expressed shock over the security laxity at the screening points, where aviation security personnel solicit for money from passengers and where some passengers carrying prohibited objects were allegedly cleared to go with their luggage for a price.

About two weeks ago the management of FAAN redeployed some AVSEC personnel, who had turned the security screening section of one of the domestic terminals in Lagos to a beggars’ den. Industry observers said this was worrisome because if security officials could open their doors for a price, it then means that terrorists could access the airside and in the aircraft, which would be very dangerous. Former senior security official in FAAN said that when you collect money from a passenger, you have rendered yourself powerless over him; therefore, you cannot enforce the rules as far as that passenger was concerned.

“When you weaken the authority you have by collecting money from a passenger, you cannot enforce the rules anymore. You have to compromise to the whims of the passenger. He will be reluctant to remove his belt, you tell him for screening without moving the belt; he will look into your eyes when you tell him to remove his shoes; then you tell him, ‘don’t worry, you can go’; you are now an insider threat,” the former AVSEC official said.

Former Managing Director of FAAN, Richard Aisuebeogun remarked that airports and aircraft continue to offer series of highly attractive targets to terrorists and insurgents for the following reasons:
The high value of the aircraft themselves, the concentration of people (often representing different nationalities), the automatic media coverage (breaking news/headlines) generated by aviation related terrorism due to the drama, publicity and psychological effect associated with it and the uniqueness of airlines and airports as veritable instruments of national identity, which makes it targets for terrorist attacks.

“It is worthy to note that the protection of civil aviation against global terrorism (Aviation Security) is normally tackled by a two-prong approach: the regulatory framework and the technical/physical protection measures,” Aisuebeogun said.

Aviation security expert and CEO of Scope Centre, a security outfit, Adebayo Babatunde said the passengers cannot be prevented from accessing the airport but there should be proper access control. According to him, the most potent instrument to check terror is intelligence, so all the security operatives must share intelligence across airports and across nations.

He said that if intelligence fails then technology should be deployed to screen all airport users and the airside of the airport and the terminal must be rendered sterile.

“We must follow international security procedures; there should be no compromises. If a bag is unattended to remove it and destroy it and government should urgently acquire explosive detection system (EDS), which has been recommended for all international airports,” Babatunde said.

He said that the security apparatus of any airport should never underestimate the capacity of terror.

“To maintain tight security at the airports, there must be a review of the security of the airport and this must be professionally done. This will throw up all the gaps and solutions will be recommended that will form a template for the improvement of security at that airport,” he said.

Almost all the airports in Nigeria lack comprehensive perimeter fence, so they are all accessible to unauthorised people who could be hunters, terrorists, vandals or even armed robbers. There had been efforts to build such fences at some airports but none has been completed.

Besides the perimeter fence, the airside is further secured by another fence to ensure that the airside, which is a very sensitive area, is not accessed by unauthorised persons.

Last week, in an interview, the General Manager, Public Affairs, the Federal Airports Authority of Nigeria (FAAN), Yakubu Dati, said the federal government would require at least N25 billion to construct perimeter and operational fences across all the 22 airports owned by the agency.

Few years ago, World Bank assisted FAAN to build inner perimeter fencing to secure the airside of the Nnamdi Azikiwe International Airport, Abuja. But not all the airports benefitted from this funding and as the years go it becomes more difficult to carry out this project. It is even more difficult now with the downward trend of the economy, it will be very difficult for government to deploy such fund for airport perimeter fencing and it is because of the paucity of funds from government that there is continuous agitation for airport privatisation.

According to Dati, each of the 22 airports is about 50 kilometres long and would require serious investments for all of them to be properly fenced according to the International Civil Aviation Organisation (ICAO) recommended practices.

Apart from the four international airports in Lagos, Abuja, Kano and Port Harcourt that are partially fenced, other 18 airports owned by the federal government are not fenced, a situation, which has led to encroachments on the lands by some indigenes.

Investigations indicated that the 22 airports across the country occupy over 500 kilometers of landmass.

ICAO security guidelines prescribe that all airports must be secured with double perimeter fences.

Dati however explained that there are other safety measures FAAN has taken in line with international best practice to boost security and safety within the nation’s airports.

He pointed out that the agency had introduced the perimeter patrol, built perimeter towers, which enables the Aviation Security personnel and other security agencies to have a full overview of the airport environment and installed latest technologies in strategic locations to increase surveillance.

Dati also said most of the leakages observed in the past by analysts and other aviation stakeholders had been closed by the authority, stressing that this had made it possible for FAAN to scale the American Transportation Security Administration (TSA) security audit carried out earlier in the month at the Lagos Airport.

“It would be recalled that about two months ago, we invited a team from Airport Council International (ACI) to carry out security audit of our airports and they identified some gaps, which needed to be closed and we were able to close those gaps. That is why when TSA came calling about two weeks ago, we were given clean bill of health because all the loopholes have been closed.

“Insider’s threat is another area that we are looking at. We profile anybody that works within the terminal or in the terminal in line with global standards. It is after passing that we issue them On-Duty-Card (ODC). Even at that, the ODC also has some levels of restrictions such that it is not every holder that has access to every part of the terminal. We have different levels and colours based on the level of clearance you have received,” Dati added.

Despite the above efforts, any security apparatus at the airports where authorised personnel who are supposed to implement and enforce regulations compromise by soliciting for money, such security system is in constant breach; that is a major challenge facing FAAN, which it must stamp out. 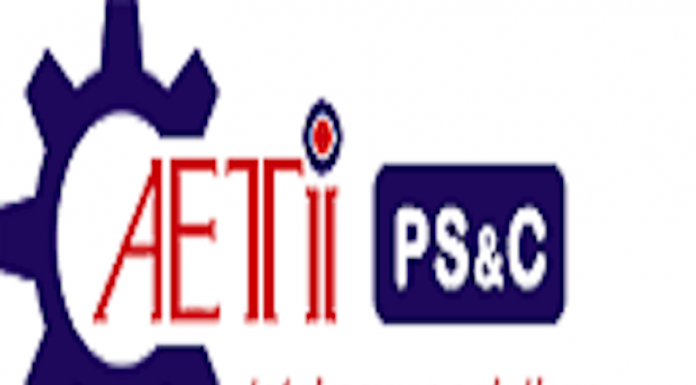