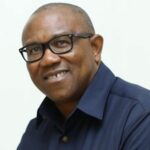 Union Bank has announced that the subscription for its N50 billion Rights Issue will commence on Wednesday, September 20 and close on Monday, October 30, 2017. Union Bank plans to offer 12.1 billion ordinary shares of 50 kobo each, which will be available at N4.10 per share, on the basis of five new shares for every seven shares held as at August 21, 2017.
The bank has kicked off a road show to sensitize shareholders and at the first event held in Enugu last week.

Commenting on the offer, Chief Executive Officer of Union Bank , Emeka Emuwa, said: â€œWith the commencement of the Rights Issue subscription, we have now officially entered a new phase of our transformation where we will be focused on accelerating business growth to deliver on our objective of becoming one of Nigeriaâ€™s leading financial institutions.â€

Union Bank announced earlier this month that the Bank had received all necessary regulatory approvals from the Nigerian Stock Exchange (NSE) and Securities and Exchange Commission (SEC) to launch the Rights Issue.

Speaking on the SECâ€™s approval, Emuwa had said: â€œThe approval of the SEC brings us to the final stages of this important transaction for Union Bank which is critical to our short to medium term business objectives. The capital raised from the rights issue will support our strategy to accelerate business growth and position Union Bank as a leading commercial bank in Nigeria.â€

According to the bank, Chapel Hill Advisory Partners Limited is lead issuing house, while FSDH Merchant Bank Limited and Stanbic IBTC Capital Limited are joint issuing houses.
Already, market operators said the fund would boost Union Bankâ€™s performance and deliver good returns to shareholders going forward. The bank recorded improved results for the half year(H1) ended June 30, 2017. Union Bank recorded gross earnings of N73.7 billion, showing a growth of 23 per cent from N60 billion in the corresponding period of 2016. Interest income was boosted by naira devaluation-fueled foreign currency loan book to hit N58.3 billion, up from N44.3 billion. Customer deposits rose 15 per cent due to growing confidence in the bank to hit N759 billion as at June 30, up from N658 billion as December 31, 2016. Impairment charge fell by 39 per cent from N8.8 billion to N5.4 billion.

Profit before tax stood at N9.5 billion, showing a growth of seven per cent compared with N8.9 billion in 2016, while profit after tax rose by five per cent from N8.8 billion to N9.2 billion.