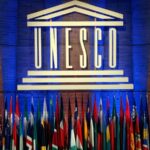 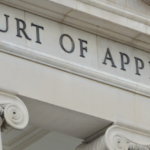 End of the Road for Smugglers

A report by the World Bank on the level of illegal importation of goods into Nigeria from neighbouring Benin Republic and other West African countries showed the alarming rate of smuggling and its impact on the nationâ€™s economy.

Experts believe this should be a major concern to the federal government and the agencies responsible for management of the nationâ€™s economy. According to the World Bank, an astonishing $5 billion (N1.45 trillion) worth of assorted goods are smuggled into Nigeria through Benin Republic alone every year.

This amount represents about 15 per cent of total smuggled goods through that border. The World Bank report also claims it has enough evidence that over $400 million (N116 billion) representing about 25 per cent of the total current annual revenue collected by the NCS is lost through nefarious smuggling across the sub-regional borders.
The report, which was prepared by two of the World Bankâ€™s leading experts on the African Transport Unit, also noted that smuggling into Nigeria would further hamper the operational efficiency of the Customs Service and cause more revenue losses if urgent steps are not taken by government to tackle it. The report recommended a liberalisation of trade policies which encourage smuggling across the borders.
Experts told THISDAY that the report is troubling but not surprising, considering the increasing rate of smuggling across our borders, especially along the Benin republic axis.

â€œA combination of factors account for this unhealthy trend; One of them is the high cost of clearing goods in our ports and the laxity of enforcement of anti-smuggling laws by those charged with responsibility in the country. It is not unkind to say that the integrity of some of the customs and immigration officials statutorily charged with policing our borders is suspect. Many compromise their positions. Bad eggs among them are more concerned with lining their own pockets than checking smuggling activities, thereby denying government much-needed revenue.

â€œTherefore, the World Bank report should not be ignored. It should be treated as a wake-up call to address systemic difficulties in checking smuggling through the Benin Republic borders, and others in the region. In this regard, information exchange is vital. This has become crucial because available statistics reveal that 13 per cent of traffic of goods from the port in Cotonou, the capital of Benin Republic, is destined for Nigeria, while about 75 per cent of the containers that land at the Cotonou Port are headed for our country,â€ said President, National Council of Managing Directors of Licensed Customs Agents (NCMDLCA), Mr. Lucky Amiwero.

He added: â€œWe also believe that the current rate of smuggling through the West African sub-region is encouraged by tariff differentials. This has made it more economically viable for importers to patronise other ports in the sub-region rather than Nigerian ports. Government should seriously look into the problem with a view to formulating better policies to redress the situation, â€œsaid a top player in the maritime sector who do not want his name in print.

â€œAlso, government should take a hard look at some of the treaties of the Economic Community of West African States (ECOWAS). Some of these treaties encourage free movement of people without addressing its harmful effects. Often, this freedom of movement undermines the economy of other countries through unbridled smuggling of goods.
â€œAll in all, the World Bank report should be seen as a roadmap for designing new strategies for our countryâ€™s trade policy initiatives with neighbouring countries. This is crucial because inability to adequately check smuggling into Nigeria can undermine both national and economic security of the country, with attendant broad political implications.â€

Fighting Smuggling
The NCS has, however, made some efforts to tackle smuggling, which led to loss of lives and seizures worth billions of naira.
Recently, Comptroller General of the NCS, Col Hamid Ali (rtd.) lamented how the Service has lost 70 of its officers in various battles with smugglers along Nigeriaâ€™s border with Benin Republic.

Equally, the NCS has made giant strides in dismantling smuggling cartels and recorded huge seizures in the process. Leading the charge is the Controller, Federal Operating Unit (FOU) Zone A, Comptroller Mohammed Uba Garba.
Garba, who was appointed in May this year, has in the last three months become the nemesis of smugglers in the zone.

Just last week, he announced the seizure of 37 assorted vehicles, 12, 081 of smuggled parboiled rice and other contraband with a duty paid value of N1.611 billion.
He disclosed that the goods were seized between August 2 and 3 by the CGC compliance team and the roving team of the Federal Operations Unit (FOU), Zone A.
Armed with credible information, he said the team trailed and evacuated the 37 assorted vehicles smuggled into the country through unapproved routs.

â€œApart from the seizure of vehicles and rice, the reinvigorated anti-smuggling operations yielded another 156 assorted seizure including bales of used clothing, Indian hemp and used tyres. For the avoidance of doubt, the federal government policies banning the importation of rice and vehicles through the land borders are still in force. Nigeria Customs Service remains resolute in its determination to enforce these policies. NCS will continue to work towards crippling smugglers and getting them out of the illegitimate business,â€ he said.

He added: â€œIn the face of security and economic challenges, no responsible government will fold its hands while unpatriotic elements continue to engage in illegal activities that will further compromise national economic and security well-being of her people. The NCS as one of the enforcement agencies of government will continue to work towards ensuring compliance with all extant laws governing imports and exports in Nigeria.

â€œFor those who use violence as instrument of intimidation, let it be known that going forward, the NCS operatives will not hesitate to use appropriate force to deal with any threat that is intended to obstruct performance of statutory functions. I commend the comptroller FOU, Zone A and Comptroller in charge of the compliance team for effective collaboration and co-ordination of their officers to achieve this feat.â€

Parcels of Indian Hemp
That is not all. In his very first week on the job, his command seized 384 parcels of Indian hemp that was imported from Ghana and concealed inside six bales of second hand clothing.
Garba, who disclosed this while showing newsmen around seized contraband goods, said the items were impounded along Iyana-Ipaja road based on information.

He disclosed that the Unit also recovered a Duty Paid Value (DPV) of N607,717,533.55 million from intercepted contraband and interventions on duty payment/Demand Notices on general goods that tried to beat the system from the airports, seaports and border stations under the guise of false declaration, transfer of value and short-change of duty payment meant for the federal government between April 1 and June 12, 2017.

According him, â€œTen suspects were arrested in connection with these seizures, and a total of 152 different seizures were recorded comprising of vegetable oil, foreign parboiled rice, frozen poultry products, smuggled vehicles, Indian hemp, used tyres, and various general merchandise.
â€œIn the spirit of inter-agency relationship, the suspect concerning the seized Indian hemp will be handed over to officials of the National Drug Law Enforcement Agency (NDLEA) for prosecution in a court of competent jurisdiction.â€

He added: â€œWe also seized five containers based on information and after physical examination. This containers contravention Customs law by means of false declaration and breach of import prohibition list by trade. A breakdown of the five containers seized are: one 1x40ft container with number ACLU967372/1 containing 2,322 pieces of used tyres and two unit of used vehicles. A 1x40ft container with number CMAU437648/0 containing 2,660 pieces of used tyres.

Fake Drugs from India
He has also made effort to fight smuggling of fake drugs. Last month, the FOU, Zone A, announced that it has arrested a 40ft container load of fake drugs imported from India.
Garba, who disclosed this during a press briefing in Lagos stated that the 1,442 cartoons of drugs (Tramadol225/120mg) in container number MSKU 98895 1X40ft and a MAN Diesel truck with reg no. RRU 513 XA, were intercepted along Apapa-Oshodi and Ijebu Ode express way.

He said his anti-smuggling effort also led to the seizure of seven other containers that contravened customs law by means of false declaration and breach of import prohibition list by trade.
â€œWhile three of the containers carried 5,014 pieces of used tyres, used fridges, used double electric burner, the other containers carried 499 cartons of Eva soap as against Poultry Incubator declared in the SGD. This act of false declaration falls under section 46 (d), (e),(f) of CEMA Cap C45 LFN 2004, which tantamount to outright seizure.

â€œYou can see how clearly the government loses revenue to these economic saboteurs. Just recently, we intercepted one DAF Truck with Reg No. DAL 543 ZX carrying 1,200 cartoons of smuggled poultry products along Lagos-Ibadan expressway. Similarly, container No. BOMU 588006/6 1X40ft conveying 400 bales of second hand clothing was also seized,â€ he said.

He disclosed that 15 suspects have been arrested in connection with these seizures.
He said the various contraband with a duty paid value (DPV) of N200.99 million were seized between 13th June and 10th July 2017.

â€œIn the same vein, the unit through our interventions recovered N28.95 million from duty payments and demand notices on general goods that tried to outsmart our officers at seaports, airport and border stations through wrong classification, transfer of value, and short-change in duty payment that are meant for the Federal Government of Nigeria, making a cumulative of N229.95 million from 13th June to July 10th 2017, making it another spectacular breakthrough in anti-smuggling operations under my watch.

â€œWithin this period, 40 different seizures were recorded comprising vegetable oil, foreign parboiled rice, frozen poultry products, smuggled vehicles, medicaments, used tyres, and various general merchandise. You will agree with me that the fight against smuggling can only be won if all hands are on deck. The commitment, doggedness, resilience and diligence of the Officers and Men of the FOU A for foiling the antics of smugglers who used different methods for concealment cannot be over emphasised.â€