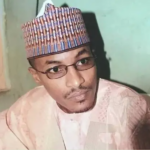 The needless struggle for supremacy led by the executive arm of government is the bane behind the current stalemate on the legislation and passage of Petroleum Industry Bill (PIB) by the National Assembly, THISDAY has learnt.

Against this backdrop, the executive which failed to formally present a newly drafted PIB to the National Assembly, has deployed moves to frustrate the legislature from considering the bill originated by the legislature.

Instead, the executive ordered the Nigeria National Petroleum Corporation (NNPC) to prepare a new bill which has been in the works at the legal department of the state-run oil corporation for the past four months.

Following the failure of the Seventh Senate to pass PIB and the attendant criticism that arose from this, the Eighth National Assembly declared its preparedness to pass the bill this time. Hence, it repeatedly appealed to the executive to send a new bill for its consideration.

But following the perceived complacency on the part of the executive, Speaker of the House of Representatives, Hon. Yakubu Dogara, declared that the National Assembly would no longer wait for the executive.

Consequently, both houses of the National Assembly assembled a group of experts and came up with a new bill, which it re-christened Petroleum Industry Governance Bill (PIGB).

The new bill, among others, seeks to unbundle NNPC and expunged the host community fund, which was opposed by a section of the country in the Seventh National Assembly.

Proponents of the host community fund had in the previous bill made it mandatory for oil companies to pay 10 per cent royalty to oil producing communities as compensation for land degradation, water pollution and other hazards associated with oil exploration in various communities.

Indeed, two weeks after, the bill scaled the first reading in the Senate and on April 26, Chairman, Senate Committee on Petroleum (Upstream), Senator Tayo Alasoadura, presented the bill for second reading, but the process was stalled following a protest from Senator Kabir Marafa (Zamfara Central), an ally of President Muhammadu Buhari.

While opposing the presentation of the bill, Marafa raised Order 76 in the Senate Standing Rules, contending that the PIB was an executive bill, and wondered what gave Alasoadura the temerity to convert an executive bill into a private member’s bill.

“To my greatest surprise, the presenter here is telling us that he has separated the bill into parts and pieces to be considered and I don’t know where he drew that authority from because the executive has already submitted one bill and not in parts and pieces.

“So I want to suggest that the presenter brings the bill as presented by the executive arm of government,” Marafa protested.

The debate to read the bill for a second time was also impeded by another point of order raised by the Senate Minority Leader, Senator Godswill Akpabio, who argued that copies of the bill were not circulated to all senators ahead of the debate, as is the norm.

These points of order, coupled with the observation that Alasoadura failed to attach the financial implication of the bill, forced Saraki who presided over the session, to rule that the debate be stood down till the following day.

But since then, the bill has not returned to the floor of the Senate for further consideration. THISDAY checks revealed that the Senate has been handicapped from spearheading further proceedings on the bill since April because of feelers from the executive that the presidency was not happy about the initiative and legislation on it by the National Assembly.

A reliable source who confided in THISDAY disclosed that the executive was displeased that the National Assembly would get the credit for the bill’s passage if it was allowed to proceed with the legislation.

THISDAY also learnt that further legislation on the PIGB was stalled by the warning by Senator James Manager (Delta South) that the removal of the host community fund from the new bill could further aggravate the crisis in the Niger Delta.

The region has in recent months been gripped with tension triggered by the Niger Delta Avengers and other shadowy militia groups that have been blowing up oil installations, leading to a drop in oil and gas production.

However, analyst have counselled that the host community fund must be reinstated in the bill before the National Assembly as one of the measures that could be used to end the militancy in the oil-rich region.

They also argued that the last National Assembly had amended the section in the legislation that deals with the host community fund to include all communities that have oil and gas installations (including pipelines and depots) within and outside the Niger Delta, and wondered why it was expunged by the current legislature.

The stalemate over the passage of the bill is now considered a major embarrassment for Nigeria in view of the landmark passage of a similar bill by Ghana’s parliament last week. Ghana christened its own bill the Petroleum Production and Exploration Bill.

The current stalemate is particularly described as “extremely disgraceful” by some concerned Senators, because Nigeria, reputed as the tenth largest oil producer in the world and the largest in Africa, has not been able to pass a new legislative framework for the oil and gas sector since 2007 when the first draft of the PIB was submitted to the National Assembly by the Umaru Yar’Adua administration.

Neighbouring Ghana, on the other hand, only started producing and exporting oil in commercial quantities less than five years ago.

The current disputed bill before the National Assembly, among other provisions, seeks to unbundle the NNPC into two commercial entities limited by shares. The entities are: the National Petroleum Company and National Assets Management Company.

It also seeks to corporatise the oil joint venture assets into incorporated joint ventures (IJVs) that will enable the entities to seek funding for their operations from the financial markets.
This is expected to free the federal government from its cash call obligations, enabling it to redeploy the freed up funds in other critical sectors of the economy.

The continuing uncertainty over the fate of the oil industry legislation, notwithstanding, the Group Managing Director (GMD) of NNPC, Dr. Maikanti Baru yesterday promised to continue with the reform initiatives started by the Minister of State for Petroleum Resources, Dr. Ibe Kachikwu, and further grow the fortunes of NNPC.

Baru also said the ongoing reforms in NNPC had become inevitable owing to the existing business realities which the state oil company must adapt to grow its profitability.

He stated that under him, NNPC will focus on a 12-point agenda, which includes security of oil installations, the new business models, joint venture cash calls, production and reserve growth, growth of the Nigerian Petroleum Development Company (NPDC), gas development, oil and gas infrastructure, and refinery upgrade and expansion.

According to him, “NNPC is today in transition for positive reform – a transition to autonomy, profitability and growth. This transition is not only inevitable but imperative in the light of current business realities and the onus is on NNPC to deliver on its statutory mandate.”
He added: “We have a collective responsibility to ensure the success of this ongoing reforms in NNPC. The task of doing so begins with you and me, by changing our attitude, particularly the way we work and do business.”

Baru encouraged staff to embrace a mindset that emphasises diligence, commitment and sacrifice, adding that it was not going to be business as usual.

He said in line with the mission statement of NNPC as an integrated oil and gas company engaged in adding value to Nigeria’s hydrocarbon resources for the benefit of Nigerians, he would drive the 12-point agenda to actualisation.

“In the race to change the fortunes of our dear corporation for the better, I cannot do it all alone. Therefore we are all in this together,” he informed his audience.