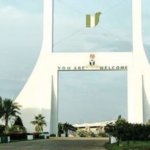 The Open Government Partnership, a global coalition in the fight against corruption, has admitted Nigeria as member.

This was disclosed ‎by the Attorney General of the Federation and Minister for Justice, Abubakar Malami, SAN, at a meeting of stakeholders on the Implementation of the outcome of the London Summit on Anti-Corruption and the Open Government Partnership held on Thursday, July 28, 2016 in Abuja.

A statement issued by Mr Salihu Isah, the Special Adviser on Media and Publicity to the justice minister said following the admission of Nigeria as a member of the OGP, President Muhammadu Buhari has been invited to speak at the 5th anniversary event of the OGP at the United Nations General Assembly on September 20, 2016. ‎

‎Nigeria had in a letter dated 20th June, 2016, to the OGP steering committee titled, ‘Letter of Intention to Join the Open Government Partnership’ signed by Malami, applied to join the partnership.

OGP was launched in 2011 and has 69 countries as members out of which eight are from the Africa continent namely, South Africa, Ghana, Kenya, Liberia, Malawi, Sierra Leone, Tanzania and Tunisia.

Nigeria has now become the ninth African nation to join the coalition with the intention that it would aid the anti-graft war.

Speaking on the admission of Nigeria as a member of OGP, Malami said: “This is an exciting moment for Nigeria as we seek to put back our country on the spotlight by engaging with the public and the society on transparent, accountable and participatory governance.”

He observed: “The foregoing establishes the fact that Nigeria has always appreciated the importance of Open Government as a means of ensuring transparency and accountability in the conduct of government business.”

’It is the current administration’s position that commitment to the promotion of Open Government in Nigeria would resonate strongly with the message of change that the new administration represent.”