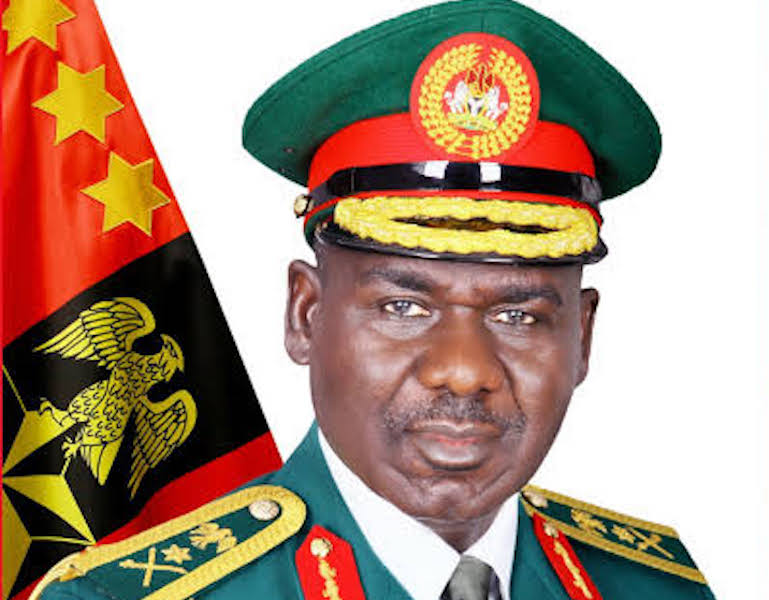 Nigeria’s former Chief of Army Staff and ex-Ambassador to the Republic of Benin, Lt-Gen. Tukur Buratai (rtd.), turns his gun-sights on pathways of resolving Nigeria and Africa’s security quandary, as captured in his inputs at the recent security conference in The Gambia. Louis Achi reports

On his flight from Abuja to Banjul, capital city of The Gambia, to keep a date with the 17th Africa Security Watch Awards and Conference, it must have crossed the mind of Nigeria’s former Chief of Army Staff and ex-Ambassador to the Republic of Benin, Lt-Gen. Tukur Buratai (rtd.), that this was a journey steeped in significant historical symbolisms. He was travelling from the largest country – demographically, in Africa – to the smallest on the continent’s mainland – geographically.

While River Niger shaped the history and eventually gave Nigeria her name, River Gambia did the same for The Gambia. The history of slave trade impacted both in profound ways which is ultimately shaping their future promises. But in this particular excursion, security was at its heart – and not without good reason.
Speaking at the Security Conference in Gambia, General Buratai was emphatic that the African continent had suffered a huge loss monetarily in combating terrorism. General Buratai delivered a paper on “Counter-insurgency and Counter-terrorism; its Causes, Lessons, and Deterrence” in The Gambia.
According to him, Africa’s loss has accumulated in billions of dollars while revealing that the cost of managing and combatting terrorism in the African continent has increased in from $1.54 billion in 2007 to $15.5 billion in 2016.

Nigeria’s former army boss revealed that the issue of abduction and requests for ransom by terrorists and rebel groups in the African continent had become a major problem in the fight against terrorism. The conference held at the Sir Dawda Jawara International Conference Centre in Banjul and offered considerable opportunity for discussions on current issues that are critical to African security.

According to him, these security challenges are now predominant in the Sahel and Sub-Saharan Africa, observing that, “These insurgents and terrorists see hostage-taking as a means to extract money from the government, local and international organizations, and even ordinary citizens struggling to survive. It is an irony that the insurgents and terrorists now compel locals to fund their criminal activity through ransom payment.”

More specifically, he pointed at Total’s declaration of force majeure as a sad example of terrorism’s depredation. According to him, “In April, the French oil giant Total declared force majeure on a $20 billion liquefied natural gas project in northern Mozambique due to a growing conflict linked to the Islamic State. The cost of terrorism in Africa increased from $1.54 billion in 2007 to $15.5 billion in 2016 because of Total’s exit.”
Providing more insight into the security quandary, General Buratai further revealed that funding counterinsurgency and counterterrorism operations are big challenges in Africa. He correctly observed that funding such a huge monetary project requires huge investment, and Africa does not possess such capacity as the western nations.

Pointing out that Africa could not afford another wave of intractable war that would distort development and growth in the continent, he drew attention to the disturbing fact that, “Already the Russians are in many countries of Africa (Libya, Sudan, Mozambique, Madagascar, Central African Republic, and Mali) focusing principally on protecting the ruling or emerging governing elites and critical infrastructures, and I can tell you that they are not there for charity. They get paid in money and in most cases concessions to minerals and military bases.”

He however held all was not gloomy stating that there is hope in the fight against terrorism in Africa as the challenges attached to terrorism in Africa could be clamped down if necessary proactive measures are taken. Hear him: “The African story, regardless of what is happening in some parts of the Sahel and Sub-Saharan Africa is not a story of failure and hopelessness, and our challenges are surmountable if we can buckle up, look inwards, take responsibility for our actions and condition, and work together to salvage the continent.”

A key component of the 17th Africa Security Watch Awards and Conference (SWAI) was the recognition and honouring of some Africans for their outstanding roles in security, safety, governance and leadership between 2020 and 2021,

Prominent among Nigerians on the honours list included Lieutenant General Tukur Buratai (rtd); Chief of Naval Staff, Vice Admiral Awwal Zubairu; governor of Akwa Ibom State, Emmanuel Udom, current Nigerian Army Chief, Lieutenant General Faruk Yahaya and his Air Force counterpart, Air Marshal Oladayo Amao.
In its 10-point communiqué, the conference noted that violent extremism and other security challenges are negatively impacting the socio-economic well-being of many parts of the continent, hence the need to tackle them holistically. However, it noted that the lack of a unified operational framework, uncoordinated intelligence sharing and diplomatic issues limiting international support have dampened the effectiveness of regional collaboration in Africa.

Part of the communiqué read: “Notwithstanding, the gains could be improved upon through the establishment of a unified operational framework that encompasses intelligence, diplomatic, military and economic lines of operation towards combating terrorist activities.

“Regional efforts to fight terrorism and insurgency could be more effective if people shared information and talked to each other in a diplomatic way.”
Also at the Conference and Awards ceremony were the Chairman of the Conference Faculty of SWAI Professor Henri Fouche, the Director General of Gambia’s Immigration Department, Mr. Seedy Touré, who was also an Award winner, a senior researcher at the Faculty of Security and Management Studies, North-West University, South Africa, Dr. Barend Prinsloo, among other distinguished personalities across the African continent.

The Director General of Gambia Department of Immigration, Mr. Seedy Touré, also got Africa’s Golden Star Award for Exemplary Service in West Africa while Ghana’s Inspector General of Police, Dr. George Akuffo Dampare, was given the Most Innovative Police Chief in West and Central Africa Award; and Gambia’s Inspector General of Police, Abdoulie Sanyang, got the Golden Star Award for Outstanding Police Service in West Africa.
Major General Victor Okwudili Ezugwu, Commander of the Infantry Corps of the Nigerian Army, was equally honoured with an award for courage, commitment, and patriotism.

It would appear that with his consistent, qualitative interventions in various local and international fora focused on pressing Nigerian and continental security issues, Lt. Gen Buratai is towing the line of Major-Gen Joseph Garba – diplomatic soldiering.
It could recalled that in the memoir of his stint as Nigerian Minister of External Affairs (1976- 1978), former President of the UN General Assembly (1989-1990), soldier, diplomat and politician, Major-General Joseph Nanven Garba, recounts with compelling candour his personal dealings with African, American, European and Soviet leaders while advancing Nigeria’s influence generally, and, in particular, its growing role in Southern Africa as an honorary member of the Frontline States.

The General’s story of negotiations and machinations on Angola, Zimbabwe, the U.N., ECOWAS and other matters still provides students with valuable source material and entertains readers with its earthiness and sometimes hilarity.
General Buratai (rtd) had recently suggested the adoption of compressive and integrated approach to enable the entire society play key roles in tackling the nation’s security challenges. He spoke in Kaduna at a one-day symposium on National Security, organised by  ABU Centre for Historical Research and Documentation, Arewa House Kaduna, with the theme ‘Politics and Insecurity in Nigeria: Way Forward’.

According to him, such a comprehensive approach should also entail the involvement of critical stakeholders from the society like religious leaders, youths, teachers, women, civil society, the media, law enforcement as well as the security and intelligence agencies.

The former ambassador also recently initiated the establishment of a cutting-edge leadership research centre at Gora in Nasarawa State, in North Central Nigeria named Tukur Buratai Research Centre (TBRC). He had explained the Centre would collaborate with the Nasarawa State University, Keffi, in the fields of strategic studies, peace and conflict studies, environment and leadership for development. Not one to beat about the bush, the ground breaking and fundraiser for Tukur Buratai Research Centre (TBRC) held at Gora in Nasarawa State in late December last year.

Why a think-tank? Hear the new diplomatic soldier Buratai: “My simple philosophy about life is to continue to live a life of value by improving on the system that we have. As someone from the military, I reckoned the best way for me and my associates to add value to our society and make our country better and stronger is through a think-tank like the Tukur Buratai Research Center (TBRC).”

Today, Nigeria and Africa stand on the brink of substantial disruptions – and of considerable opportunity – as new security challenge enter the fray. To successfully confront them needs new thinking and new strategies. And this is Gen. Buratai’s forte.